A Trump-hating 25 year old Federal contractor was arrested Monday after leaking a Top Secret document to The Intercept which claims that Russian Military Intelligence “executed a cyberattack on at least one U.S. voting software supplier and sent spear-phishing emails to more than 100 local election officials days before [the] election.”

The NSA document dated May 5th claims a recent investigation found that Russia staged a ‘months-long’ cyber-warfare effort against the U.S. election and voting infrastructure after information obtained by the NSA in April 2017 warranted opening a case. 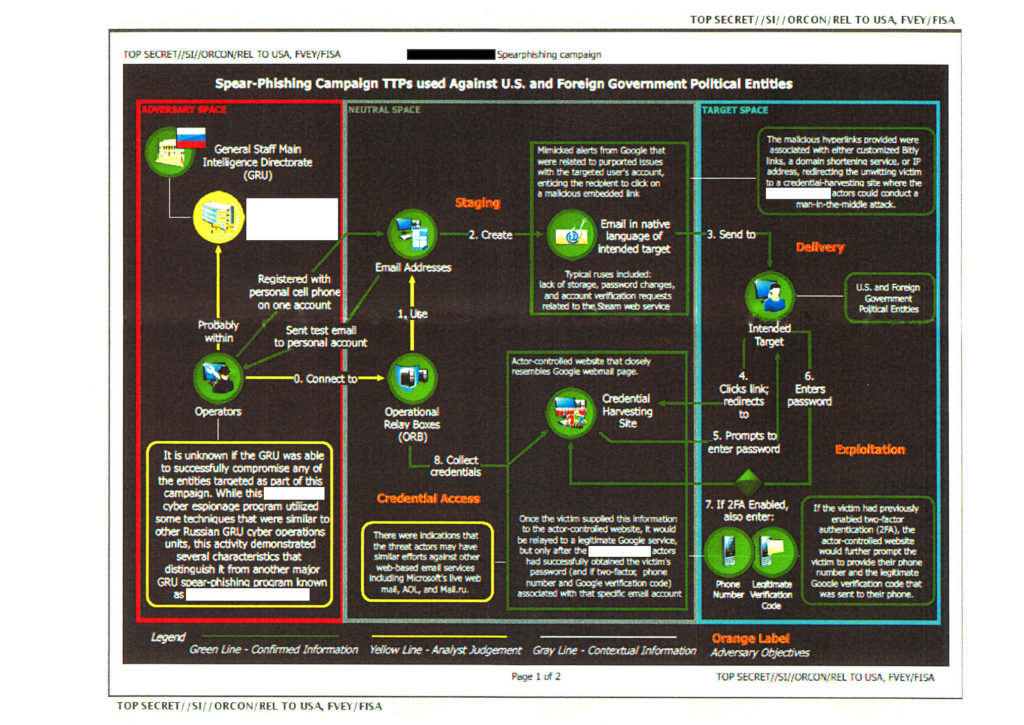 The Intercept claims the report is ‘the most detailed U.S. government account of Russian interference in the election that has yet come to light,’ and it reveals a pervasive effort by the GRU.

The report indicates that Russian hacking may have penetrated further into U.S. voting systems than was previously understood. It states unequivocally in its summary statement that it was Russian military intelligence, specifically the Russian General Staff Main Intelligence Directorate, or GRU, that conducted the cyber attacks described in the document

How it led to Reality Leigh Winner…

The Intercept, co-founded by Edward Snowden leak conduit Glen Greenwald, sent the document back to the NSA for verification – which is apparently how they identified Winner as the leaker. (full affidavit) 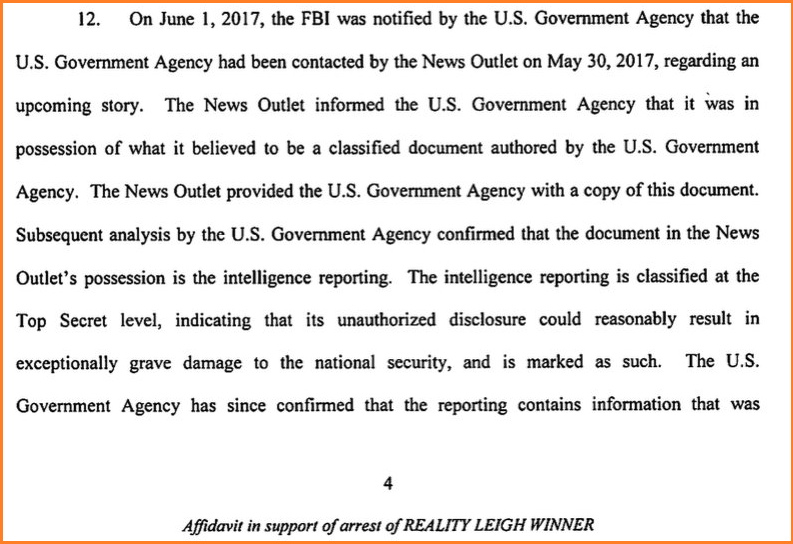 The Dept. of Justice has issued a statement (see here)

Winner is a contractor with Pluribus International Corporation assigned to a U.S. government agency facility in Georgia. She has been employed at the facility since on or about February 13, and has held a Top Secret clearance during that time. On or about May 9, Winner printed and improperly removed classified intelligence reporting, which contained classified national defense information from an intelligence community agency, and unlawfully retained it. Approximately a few days later, Winner unlawfully transmitted by mail the intelligence reporting to an online news outlet.

That would of course be The Intercept…

Once investigative efforts identified Winner as a suspect, the FBI obtained and executed a search warrant at her residence. According to the complaint, Winner agreed to talk with agents during the execution of the warrant. During that conversation, Winner admitted intentionally identifying and printing the classified intelligence reporting…

What do we know about the leaker?

Reality Leigh Winner has a weird fucking name. Actually, it’s Sara Winners and she changed it to Reality… She’s also a huge anti-Trumper. 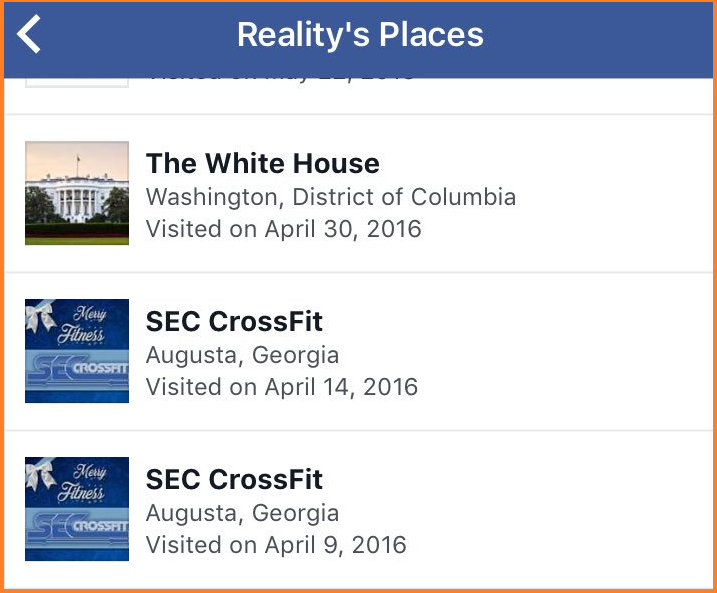 She called President Trump a ‘piece of shit.’

Alleged NSA leaker, #RealityWinner called @POTUS a 'piece of shit' on Facebook over his administration's handling of DAPL. pic.twitter.com/aH7rRsISud

She has an autographed picture of Anderson Cooper

Instead of seeking asylum in Russia, Winner was a loser and didn’t cover her tracks. In fact, she seems like a fucking moron.