Being one of the more inept tentacles of the deep state, CNN was apparently caught staging Fake News in the aftermath of the ISIS claimed London attacks which claimed 7 lives and injured 48.

While ISIS supporters are celebrating the attacks, MSM propagandists have been hard at work pushing the “religion of peace” narrative – trotting out hijabbed women and a child to hold signs expressing Muslim outrage at the terrorist attacks.

This doesn’t appear to have been an ‘organic’ protest against terrorism. Instead, it looks very much like CNN staged their outrage.

They even brought "peace group" printed out papers and props.

AP has used the #FakeNews pictures:

London's Borough neighborhood offers safety and a place to sleep for hundreds amid the chaos of terror attack. https://t.co/Bz6egjzA9a

BBC refuses to air tape of terrorists saying "this if for Allah".

We are being conned. 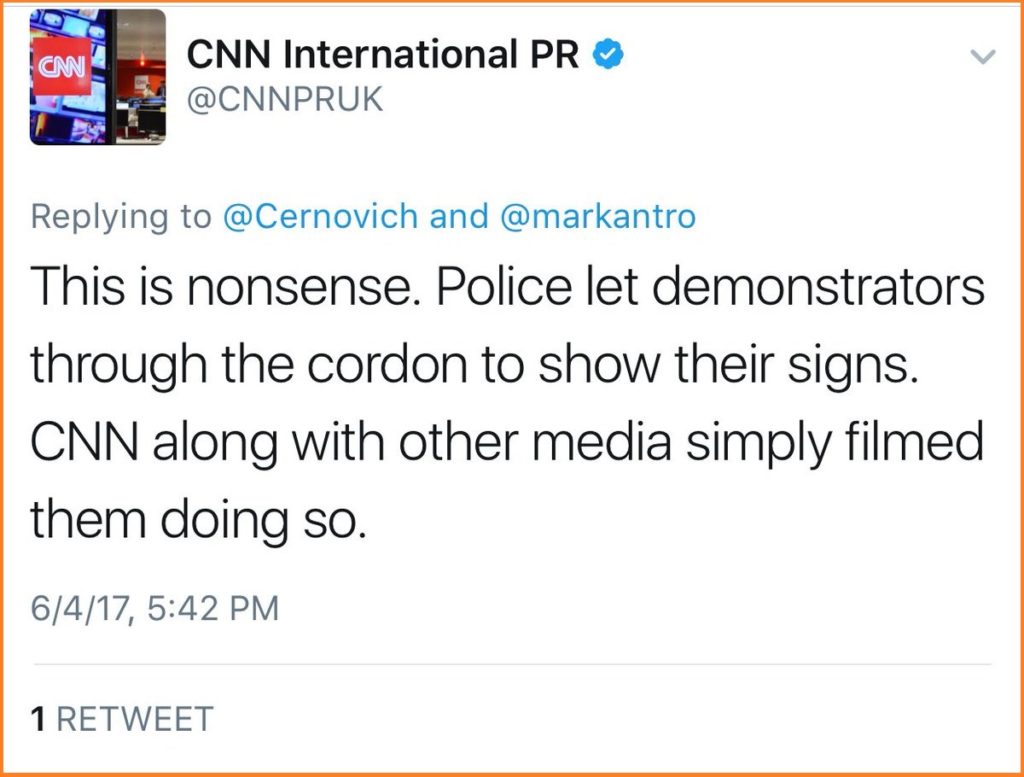