When migrants cross the border from El Salvador, they’re not sending their best. Criminals, drug dealers, and rapists have been sneaking into our great country in droves – which in the words of Donald Trump, “has become a dumping ground for everybody else’s problems.” 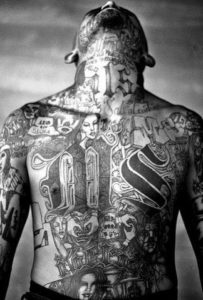 The Washington Post, which, in a rare moment of journalistic integrity used verifiable sources, has reported that the government of El Salvador is freaking out over the record number of MS-13 gang members Trump has started to drop back in their home countries.

This year the U.S. government has deported 398 gang members to this country, compared with 534 in all of 2016, according to Salvadoran government statistics. This sharp increase in the rate of gang deportations — and the prospect of more gang roundups in the United States — has prompted Salvadoran authorities to hold emergency meetings and propose new legislation to monitor suspected criminals who are being sent home.

Trump has railed against MS-13

Throughout the 2016 election, Trump mentioned MS-13 in several tweets and speeches – citing the notably violent gang as a prime example of the types of violence illegal immigration, and rightly so. MS-13 is possibly the most notorious street gang in the Western Hemisphere. Originating in refugee-rich neighborhoods in Los Angeles in the 80’s, the gang’s territory now extends all the way from El Salvador to Canada – engaging primarily in human trafficking and drug smuggling.

In Central America, MS-13’s presence has contributed heavily to making the “Northern Triangle” of Guatamala, El Salvador, and Honduras – the most violent place in the world not at war. (more)

The New York Times – also using actual sources, reports that immigration arrests are up 38% for the first three months of 2017 over the same period last year.

“These statistics reflect President Trump’s commitment to enforce our immigration laws fairly and across the board,” said Thomas Homan, the acting director of ICE, on a phone call with reporters.

And while only about half of the increase in ICE arrests were for illegal immigrants who had otherwise committed no crimes, the message is clear; there’s a line to get into the country. Get in it and wait your turn.

If you enjoy the content at iBankCoin, please follow us on Twitter
2017-05-30
zeropointnow
Share
Previous Uber Cans NY Manager After Shortchanging Drivers By Tens Of Millions
Next Ailing Deutsche Bank Racks Up Another $41 Million In Fines Related To Money Laundering $DB