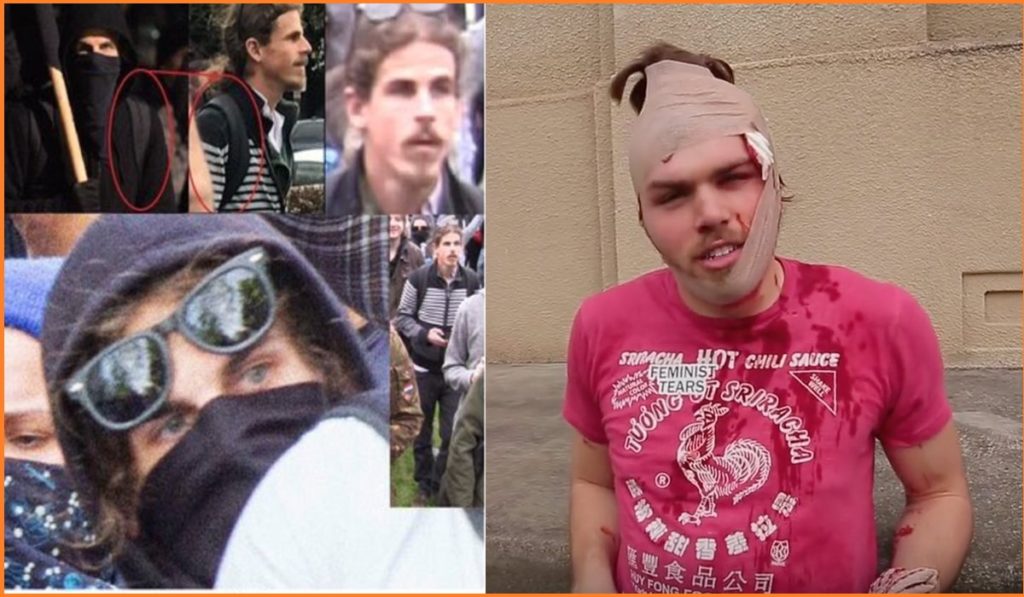 Clanton is accused of hitting at least seven victims including Sean Stiles over the head with a ‘U-shaped’ bike lock. Stiles required 5 staples.

Clanton’s apartment was searched and a cache of Antifa paraphernalia was removed (shocker).

Clanton has a prior arrest for demonstrating with BLM in 2014

And I doubt his Antifa tattoo will help in prison

While I’m not a lawyer, it’s clear Clanton is alleged to have committed crimes which carry enhanced sentences: Three of the four felony charges allege a ‘serious felony,‘ while the attack on Sean Stiles is being considered a ‘serious felony and a violent felony.‘

Let’s take a look at California sentencing guidelines for assault with a deadly weapon that is not a firearm:

But wait – there are enhancements!

Three of Clanton’s charges are “serious” and one is “violent and serious.” So tack on 5 years for each of the three serious felonies, and 15 years for the serious and violent felony.

So, if Eric Clanton is found guilty and the judge throws the book at him, he’s looking at up to 46 years and $40,000 in fines. Tack on 6 more months for allegedly committing the crime(s) while wearing a mask.

Does anyone think he’ll serve anywhere near that?

In Berkeley? Against Trump supporters? I’m not holding my breath. For starters, the judge could order that Clanton serve all four felonies concurrently and/or simply hand out an otherwise light sentence.

Clanton allegedly attacking someone at the Milo UC Berkeley protest.

And a picture which appears to be Clanton from that event. 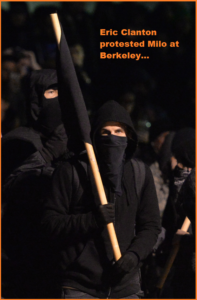 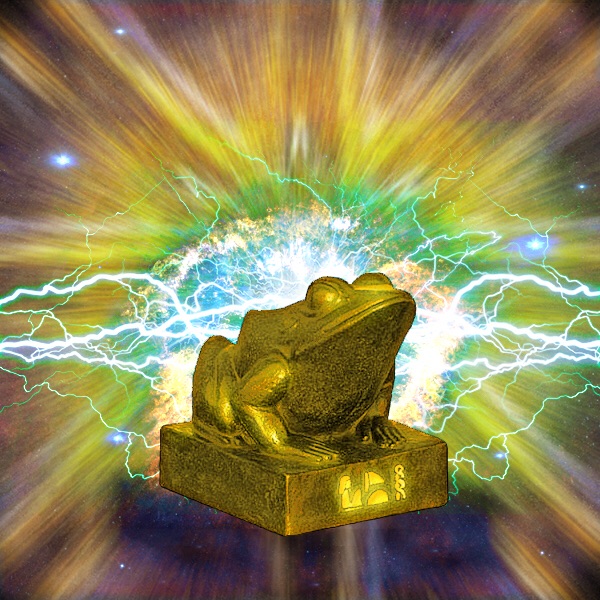 If you enjoy the content at iBankCoin, please follow us on Twitter
2017-05-29
zeropointnow
Share
Previous NYC Mayor De Blasio Staffer Arrested On Child Pornography Charges
Next TX Lawmaker Attacked And Threatened After Calling ICE On Protesters – Warns He’ll Shoot In Self Defense