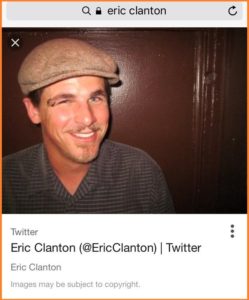 Clanton is being held on $200,000 bail after being booked into Berkeley City Jail – though police have not said whether the arrest is connected to online investigative efforts which identified Clanton as a person of interest in bike lock attacks

“[Clanton] was arrested on suspicion of use of a firearm during a felony with an enhancement clause and assault with a non-firearm deadly weapon. –East Bay Times“

This is the guy 4chan unmasked as the Antifa member going around with a bike lock assaulting Trump supporters.

If you enjoy the content at iBankCoin, please follow us on Twitter
2017-05-25
zeropointnow
Share
Previous VIDEO: Wasserman Schultz Threatens Police Chief Over Awan Bros Laptop Evidence
Next Manchester Attack May Be Used To Justify Massive Orwellian Internet Crackdown In UK