Well, it’s been a little over four days since thousands of attendees at an ill fated music festival in the Bahamas were left to fend for themselves in a Millennial’s worst nightmare of dying cell phones, cardboard sandwiches, burning tents, roving bands of thieves, feral dogs, and worst of all – anarchy at the bar.  Advertised as having “first-class culinary experiences and a luxury atmosphere,” things like the “Private Luxury Villas” turned out to be nothing more than USAID disaster relief tents:

@Ruleyork .@Ruleyork OMG. This is the only way I'm apologizing from this moment on: pic.twitter.com/zxlwBc1ITF

And hours ago, a class-action lawsuit was filed against event organizers Ja Rule, Billy McFarland, and their company, Fyre Media, Inc. A copy of the filing was provided to iBankCoin.com by Geragos & Geragos – the high profile law firm which has represented such clients as Michael Jackson, Chris Brown, Winona Ryder, Ke$ha, and former Bill Clinton business partner Sousan McDougal.

The festival’s lack of adequate food, water, shelter, and medical care created a dangerous and panicked situation among attendees—suddenly finding themselves stranded on a remote island without basic provisions—that was closer to ‘The Hunger Games’ or ‘Lord of the Flies’ than Coachella.

Damages in excess of $100 million:

Plaintiff brings this class action on behalf of all ticket buyers and festival attendees defrauded and wronged by Defendants, and seeks damages in excess of $100,000,000.00 on behalf of himself and the Class.

Here’s where the fraud comes in:

Shockingly, Defendants had been aware for months that their festival was dangerously under-equipped and posed a serious danger to anyone in attendance…  …the few contractors who had been retained by Defendants were refusing to work because they had not been paid.

At the same time, however, Defendants were knowingly lying about the festival’s accommodations and safety, and continued to promote the event and sell ticket packages. The festival was even promoted as being on a “private island” once owned by drug kingpin Pablo Escobar—the island isn’t private, as there is a “Sandals” resort down the road, and Pablo Escobar never owned the island.

The suit describes the harrowing conditions:

Festival-goers survived on bare rations, little more than bread and a slice of cheese, and tried to escape the elements in the only shelter provided by Defendants: small clusters of ‘FEMA tents,’ exposed on a sand bar, that were soaked and battered by wind and rain.

“With only unsecured tents as accommodations, rather than the promised villas, attendees had no secure area to store valuables and other personal items. Similarly, the ‘world-class cuisine’ was nowhere to be found, replaced by meager rations that were in dangerously short supply. Even more troublingly, festival staff were nowhere to be found to address attendees’ concerns, and the medical staff was similarly absent.

As the weekend turned to chaos, attendees found themselves trapped at the ‘cashless’ event:

Faced with the complete lack of even the most basic amenities, as well as no assistance from Defendants, festival attendees began to panic. Predictably, Attendees began attempting to leave the island en masse, but found themselves trapped—even locked inside an airport awaiting delayed flights.

Attendees’ efforts to escape the unfolding disaster were hamstrung by their reliance upon Defendants for transportation, as well as by the fact that Defendants promoted the festival as a ‘cashless’ event—Defendants instructed attendees to upload funds to a wristband for use at the festival rather than bringing any cash. As such, Attendees were unable to purchase basic transportation on local taxis or busses, which accept only cash. As a result … at least one attendee suffered a medical emergency and lost consciousness after being locked inside a nearby building with other concert-goers waiting to be airlifted from the island.

We have been locked indoors with no air NO FOOD and NO water #fyrefestival #fyrefest fyrefraud pic.twitter.com/wg5pZmSvnx

Ja Rule and McFarland even warned performers not to attend!

Mr. McFarland and Mr. Atkins began personally reaching out to performers and celebrities in advance of the festival and warned them not to attend—acknowledging the fact that the festival was outrageously underequipped and potentially dangerous for anyone in attendance.

Meanwhile, this was what people thought they were getting:

A statement from Jung’s attorney:

While we don’t know how solvent Fyre Media, Inc. is at this point, event organizer Ja Rule (Jeffrey Atkins), a rapper and actor who spent two years in federal prison on gun and tax evasion charges, is estimated to be worth at least $8 million dollars. 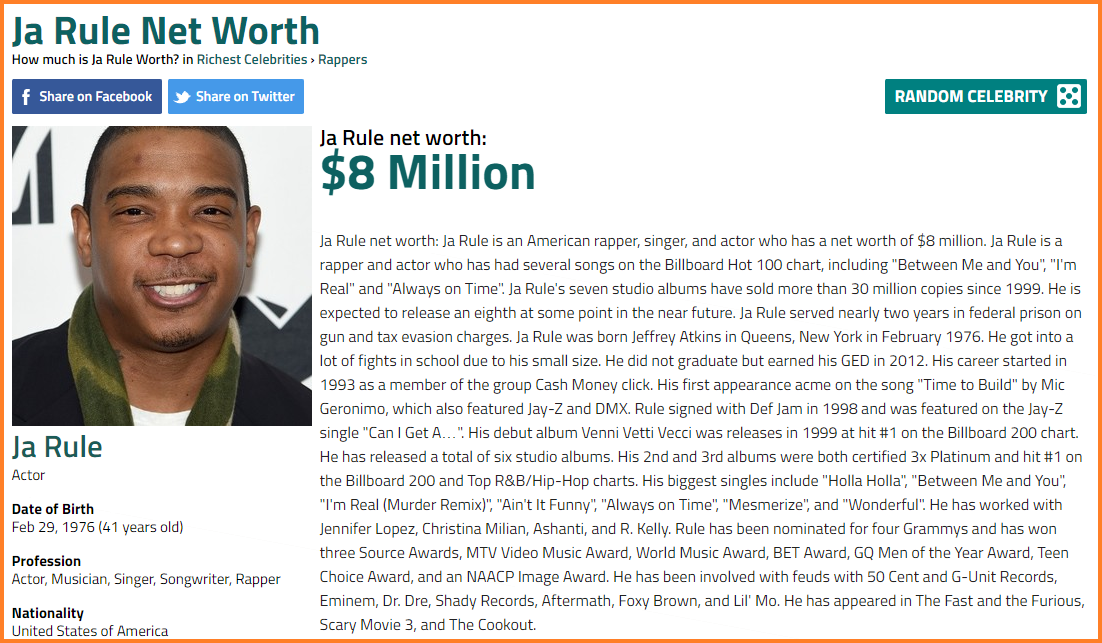 Maybe it’s time to give Mariah a call? Then again… 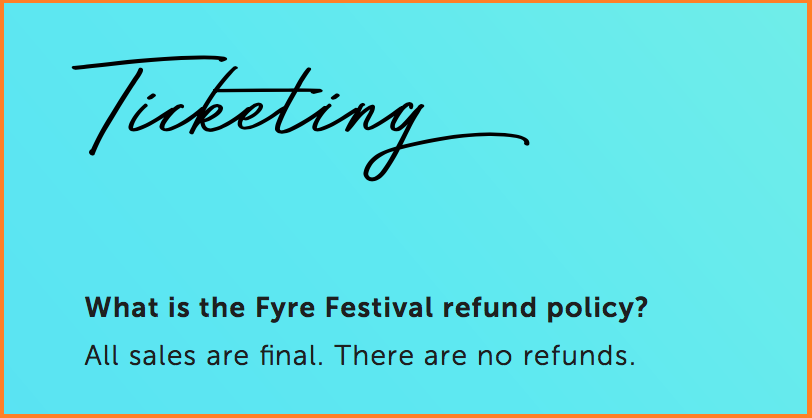 If you enjoy the content at iBankCoin, please follow us on Twitter
2017-05-01
zeropointnow
Share
Previous Bill Nye The SJW Agenda Peddling Guy’s Netflix Show Driving Liberals To Conservatism
Next McDonald’s Introduces French-Fry Holding Utensil To Sop Up Drippings, Self Respect