On Tuesday, Ciccariello once again made the news after expressing his disgust when a 1st class passenger gave up his seat to a uniformed soldier on an airplane. Rational minds on the internet did not take too kindly: 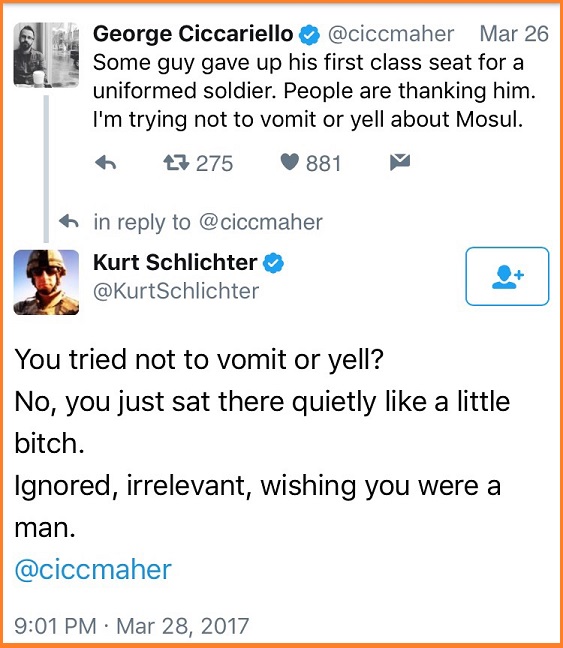 In his latest stunt, the “white genocide” advocate led a group of feeble-voiced children in a protest of writer Charles Murray on the grounds that he’s a racist. The next stop for the Drexel degenerate; out of his safe space and into the lion’s den…

A facially ticking Ciccariello tried his best to match forces with Carlson, who simply kept knocking him on his ass – over, and over, and over. It was absolutely brutal:

Nobody takes you seriously, I’m trying to take you seriously. You’re accusing this guy of racial demagoguery and you called for white genocide, you also applauded the Haitian revolution for killing whites – look those are your views! I’m not saying you shouldn’t be allowed to express them. I’m merely pointing out the irony that you’re trafficking in race hatred and yet saying that Charles Murray shouldn’t be allowed to speak because he trafficks in race hatred. Are you self aware enough to catch that?

If you enjoy the content at iBankCoin, please follow us on Twitter
2017-03-31
zeropointnow
Share
Previous Senate Intel Committee Throws Hail Mary – Trots Out “1000 Russian Trolls” That Influenced Swing States With Fake News!
Next Cernovich Weighs In On Flynn: Of Course He’s Going To Seek Assurances, The FBI Is Out For Blood!