As a quick follow-up to my original post on Mass Effect: Andromeda, which mentioned the bigoted tweets from game designer Manveer Heir – who hates white people, it’s been noted from the beta release of the game that you cannot make a customized white person in the character selection screen!

The company said they’ll be fixing this in a future update to the game – whenever they get around to it, however players won’t be able to make or change a custom character once the game is under way. Anyone who wants a custom white character must therefore wait for the patch.

I guess we can add BioWare / Electronic Arts ($EA) to the corporate crusade against white people, along with the racist staff at MTV and their “Dear White People” epic fail. 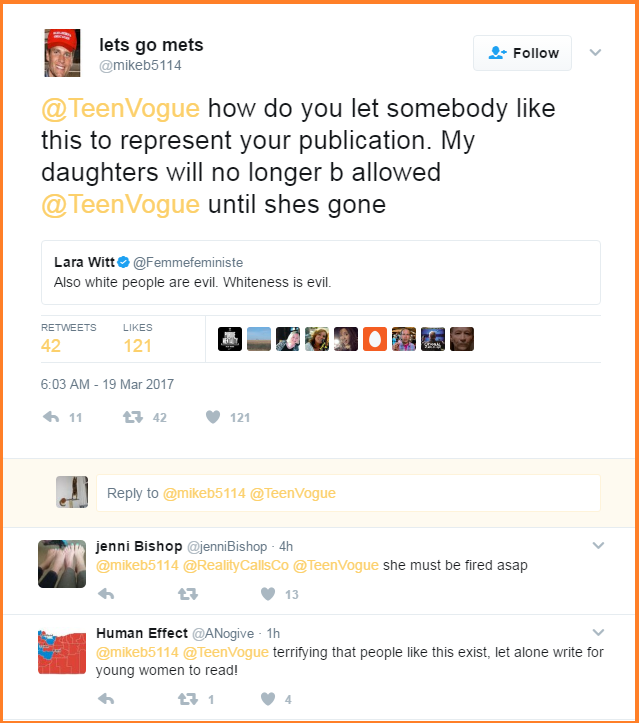 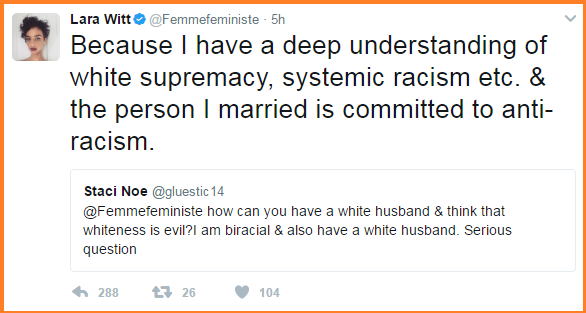 Note to parents – if you let your child read Teen Vogue, you’re part of the problem. That magazine is like training wheels for vapid egotistical shallow bitches – which is exactly who it’s run by.

What’s with this bullshit? Why is this OK? First of all – a small fraction of whites in the US ever owned slaves – most of whom were rich southern Democrats. Second, white Republicans wrote the civil rights act, which Democrats initially blocked until a few years later when it was reintroduced and they took credit for it. The next part of the “whites are evil” argument stems from “white privilege,” the notion that “systemic racism” in the United States puts minorities at a disadvantage – which is horseshit at this juncture; just ask Neurosurgeon and HUD director Dr. Ben Carson who grew up dirt poor.

Sure – there are assholes within every race, color and creed; Islam has ISIS, Christians have the KKK, Blacks have the new Black Panthers (who call for the extermination of Jews). But to operate from the assumption that every white person is inherently a KKK member, and then denounce all whites for crimes they haven’t committed – is a fundamentally bigoted construct. It’s no different than assuming my black neighbor, who is an attorney, hasn’t raped my wife yet because he’s too lazy. He CAN, however, play Mass Effect: Andromeda as a character that looks like him.