A horrific scene unfolded in a Quebec mosque Sunday around 8pm local time when gunmen, suspected to be of Quebec and Arab origin, opened fire on a congregation of between 60 and 100 people during evening prayer ceremonies while yelling “Allahu Akbar.” Six have been killed and eight wounded at last count. The shooting comes a day after Canadian Prime Minister Justin Trudeau announced that Canada would take refugees banned by Donald Trump’s Executive Order.

Two suspects are in custody, however police have declined to identify them due to “strategic and operational reasons.” TVA Nouvelles reports, however, that the suspects are of Arab and Quebec origin (original source in French). 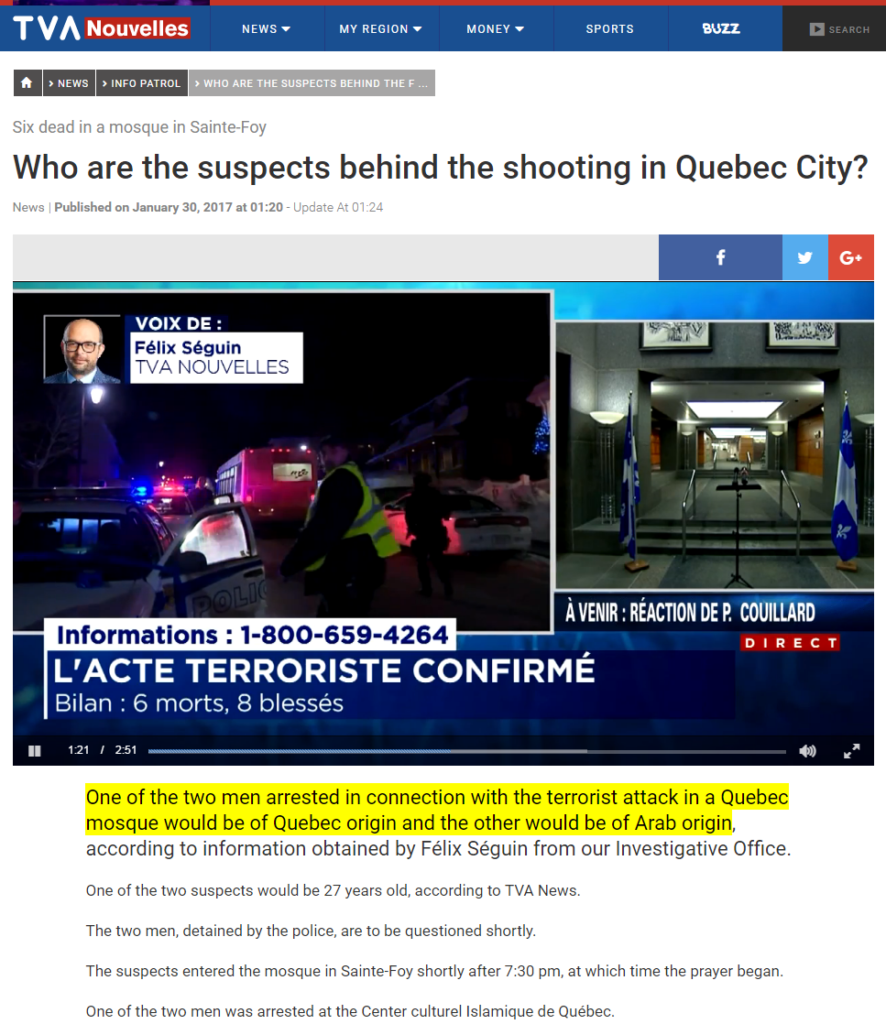 An eyewitness reported to CBS:

“It seemed to me that they had a Quebecois accent. They started to fire, and as they shot they yelled, ‘Allahu akbar!’ The bullets hit people that were praying. People who were praying lost their lives. A bullet passed right over my head,” said the witness. –CBS News

And acccording to an anonymous 4chan user, the names “Bashir Al Taweed and Hassan Matti” were heard on police scanners:

Tonight, Canadians grieve for those killed in a cowardly attack on a mosque in Quebec City. My thoughts are with victims & their families.

Video of the scene

#QuebecMosqueShooting: ‘There were even children too. There was even a three-year-old who was with his father’ https://t.co/TGUdqWmdqO pic.twitter.com/XyPg7w3r9Q