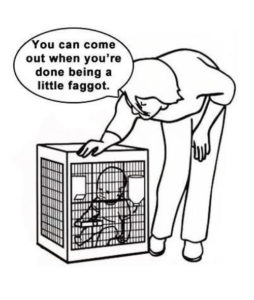 Happy New Year! As I cling to the last hours of vacation, I had to share this quick Tucker Carlson clip from the other night. His victim; Senior English Major Jake Bittle from the University of Chicago. Bittle, who also runs a retarded activist newspaper, took to social media to protest a UChicago campus visit by Trump’s new press secretary Sean Spicer – claiming that allowing free speech on campus would normalize the Trump administration. Bittle advocates projectile vomiting and “flipping cars” as an appropriate response.

Tucker artfully dismantles Bittle’s smug cockiness – the highlight being an awkward moment during the exchange in which Bittle melts down while failing to explain the Paris climate talks on which he so confidently opined just minutes earlier. Once the thin veneer of Bittle’s faux intellectualism crumbles, the dry mouthed stammering man-child fades into oblivion as a vanquished cuck.

Oh no, snowflake down!

“That’s not really debate. That’s something dumber, no?”