Julian Assange PROOF OF LIFE On Sean Hannity: “Our Source Is Not The Russian Government,” Obama Knows And Is Advancing False Theory To Hurt Trump 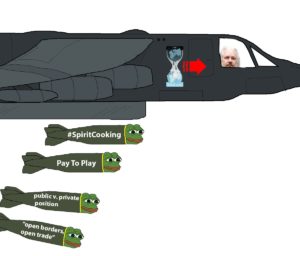 Julian Assange was on Sean Hannity today. I consider this proof of life, as Assange addressed the entire thing head on. It was a fluid conversation in which Hannity and Assange interrupted each other a couple of times and it was a believable exchange. Phew! My day just got 100% better.

The 26 minute video is below, however here are the highlights:

Our source is not the Russian government

Does Wikileaks have hacked info from RNC which was withheld?

Yes – we received about 3 pages of info to do with RNC and Trump, but it was already public. Nothing significant.

CIA says Russians tried to influence election. Do you think they are?

I think it’s very interesting. The key quote for us is from Clapper, who oversees all agencies – says evidence is not strong, no good insight into the sequencing of the releases, or when the data may have been provided.

There’s a deliberate attempt this week, to conflate a whole lot of issues together. It seems to be a desire, a dangerous and foolish desire, to flip members of the US Electoral collage. It’s foolish because it won’t happen It’s dangerous because the argument that it SHOULD happen could happen in 4 or 8 years.

What about the reports of a DHS attack on Georgia?

Could be nothing, a test.

Without revealing your sources, safe to say that the info came from within the USA?

We have said it has not come from a state party [Russia, or any other country], there’s been no claim that it’s been altered or fake. We’re unhappy that we felt we even needed to say it wasn’t Russia, as we never like to reveal our sources in any way.

Do you think Obama knows the source wasn’t Russia? And he’s purposefully advancing the theory to hurt Donald Trump?

YES. (9:30) It’s clear if you look at statements by Clapper that US intel was not aware of when or how received it’s pretty clear Obama must be getting the same briefings. Deliberate attempt to conflate information.

That’s false, and our publications show Hillary Clinton knew it was false. Letter from Hillary to Chelsea, the day of / after the attack, where she had knowledge of the cause. The CIA advanced the Youtube video lie.

Assange then goes on to discuss how the polls got Brexit and Trump’s election SO WRONG.

There was intense pressure to make people feel ashamed to vote for Trump.

Assange EXCORATES the liberal media for bias, which turned a lot of people off.

Assange addresses the Conflation between 3 current events; the wikileaks publications, alleged hacks of the US voting system (DHS), and other publications appearing on the internet that almost nobody has heard of. In this last category: DC Leaks and wordpress site calling himself “Guccifer 2.0.” Also publications by “The Hill” “Gawker,” and “smoking gun” who have relied on Guccifer leaks. Those leaks are intended to look like the Russians.

And most importantly: If Trump goes to the dark side and we have information on him, we won’t hold back