Obama Tells Dems To Quit Bitching And Accept Election Results, Then Backpedals On Globalization In Speech To Greece 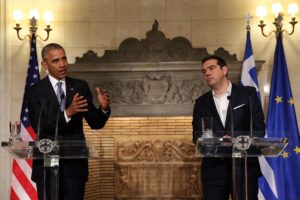 President Obama slid through Greece today on his “legacy” roadshow, letting them know how the United States LOVES Greece; pointing out how Greek Americans marched with Dr. Martin Luther King, Jr. and how their unhygienically prepared street Gyros will make the average American shit for 36 hours (never again).

He then proceeded to thank Greece for democracy, and how it stands for equality before the law, etc. (he said to a crowd full of billionaire Greek tax cheats). Obama finished the niceties by letting Greece know that the United States wouldn’t be where it is today without them. I think they totally bought it.

The President then reminded Greece that they’re a democracy, which means – you know, you’ve got to pay your membership dues to remain cool… 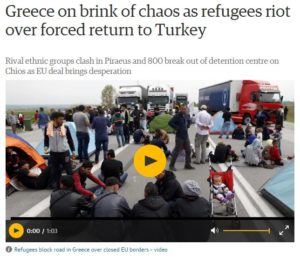 Obama then let Greece know that they’re awesome for taking in all those refugees – which is their duty as part of a democracy, and also because they’re a bunch of assholes that almost dragged the entirety of the EU into a black hole of collapse 7 years ago because they’re a bunch of fucking liars. That said, Obama reassured Greece that the west was going to stop destroying their culture with migrant dumps – and would be instead redirecting the flow to other democracies!

Turning attention to the US election results, Obama effectively equated the effort by the left to resist Trump to a temper tantrum:

Finally, perhaps to have it “on record” that he wasn’t a bad guy on Globalization, Obama recognizes that while it’s great in theory, it fucked over the working class and led to Trump’s election. Oops! 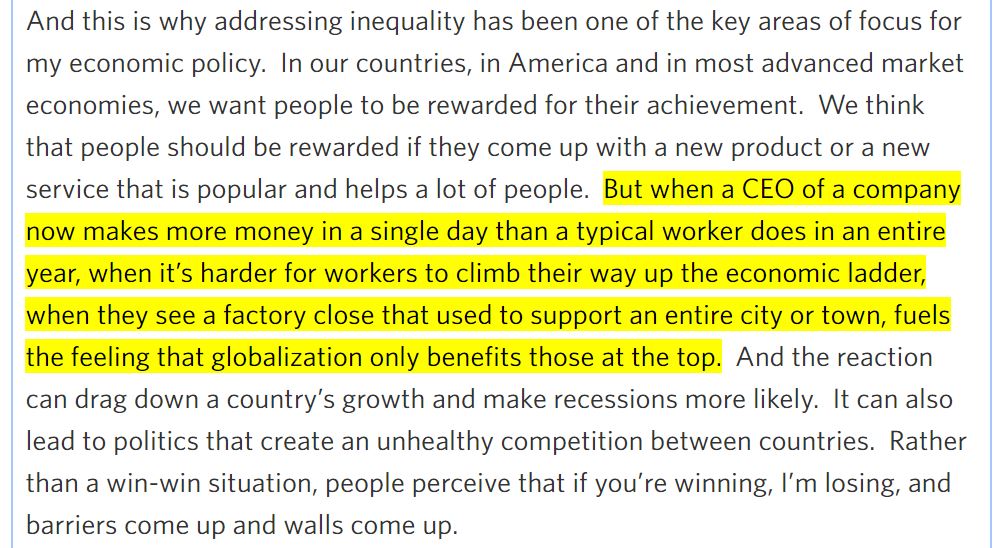 So – resisting globalization (outsourcing) = resisting integration (racist undertones) = pushing back against technology, which leads to people TRYING TO BRING JOBS AND INDUSTRIES BACK? (the nerve)

Suuuure Barry. I remember all those speeches you gave about the “current path of globalization.” You’ll be known as “course correcting Obama” for sure.

Obama then closed by letting the Greeks know they’re about to be able to weasel out of another massive pile of  smoldering debt:

No word on how the ECB is going to do that if Le Pen pulls a Trump and the Euro dissolves.