Donald Trump countered the buzz surrounding the baseless WaPo / CIA accusations of Russian election tampering, pointing out what the narrative would be if the shoe were on the other foot:

Can you imagine if the election results were the opposite and WE tried to play the Russia/CIA card. It would be called conspiracy theory!

Trump’s support network, ungrateful establishment shills aside, has been quite vocal in countering the unfounded claims from the agency known for it’s upstanding moral behavior. Even based gay independent (i.e. not a shill) Glenn Greenwald had to call the CIA out on their bullshit. Add RNC communications director Sean Spicer devastating CNN cuck Michael Smerconish with truth – that the RNC has worked with our intelligence community and found conclusive proof that there was no hack – information which the RNC offered to show the NY Times to “Correct The Record” – which the NYT REFUSED TO LOOK AT!

Reactions over twitter have been quite entertaining as well:

I have discovered the secret #RussianHacking Plans! The mission was called, "Comrade Podesta is an Assholinski." 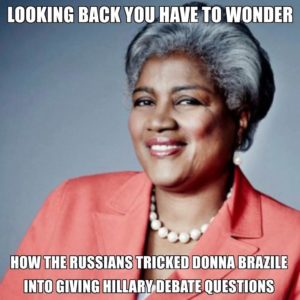 At minimum this is all entertaining.

Previous Shanghai Falls 2.49% After Trump Talks Tough On “One-China” Policy, Largest Decline Since June
Next HAIL MARY: Clinton and Podesta Are Making Their Play For The Electoral College