Yesterday, President-elect Trump took a call from the democratically elected, gay-rights supporting, first female President of Taiwan – the first such contact since Jimmy Carter nullified the USA’s treaty governing relations with Taiwan, switching diplomatic recognition of the island to China in 1979 as part of the USA’s acceptance of the “One China” policy.

If you need a refresher; after changing hands several times over the last 400 years, China’s nationalist party (the Kuomintang, or “KMT”) reclaimed the strategically important trade hub from Japan after WWII. Of note, the KMT had ruled mainland China for 22 years (1928 – 1949), and only retreated to Taiwan after defeat at the hands of the Communist Party of China (CPC). To protect Taiwan, the United States stepped in and brokered the “Sino-American Mutual Defense Treaty,” which came to an end in 1979 when Jimmy Carter nullified the treaty in exchange for China’s support of American operations in Afghanistan. Dick move Jimmy.

After Barry Goldwater went to the Supreme Court to oppose Carter’s nullification (which exposed Taiwan to Chinese aggression) Carter finally signed the Taiwan Relations Act in 1979, recognizing the substantial but “non-diplomatic” relations between the United States and Taiwan. We also agreed to Taiwan’s Six Assurances, putting China on notice that the United States would continue to do business with, sell weapons to, and protect Taiwan, and that we would honor the brand new Taiwan Relations Act. In short: China & Taiwan can try to peacefully work out their issues, but in the meantime the USA will continue to do business with and protect Taiwan from Chinese aggression. Since 1979, despite decades of arms sales and burgeoning trade with Taiwan, no US President has spoken with the un-recognized Taiwanese government – until now.

The President of Taiwan CALLED ME today to wish me congratulations on winning the Presidency. Thank you!

Which was met with stern rebuke by the MSM and the Washington establishment it shills for: 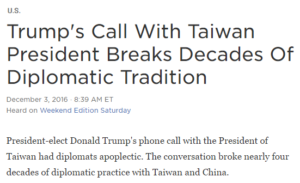 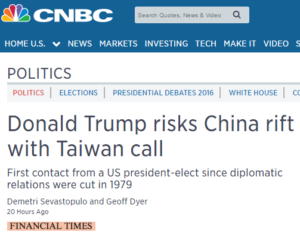 The ever defiant Trump responded:

Interesting how the U.S. sells Taiwan billions of dollars of military equipment but I should not accept a congratulatory call.

The media is freaking out because Trump spoke to a democratically elected leader, and this might offend a dictatorship.

Let that sink in.

So @realDonaldTrump has to clear his phone calls with China now?
Pur-lease. He'll speak to who he likes. #taiwan

And finally, Ted Cruz, who introduced legislation earlier this year in support of Taiwan’s independence (reaffirming the USA’s six-points, and re-recognizing the expired Taiwan Relations Act) has defended Trump’s phone call as “An improvement over Obama’s foreign policy.”

In response to this kerfuffle, China has lodged a formal complaint with the United States, stating that Trump’s phone call changed nothing about China’s stance on Taiwan’s independence.

My take: Trump is trolling China – letting them know that we’re no longer going to be the limp-wristed bitch of communist regimes. 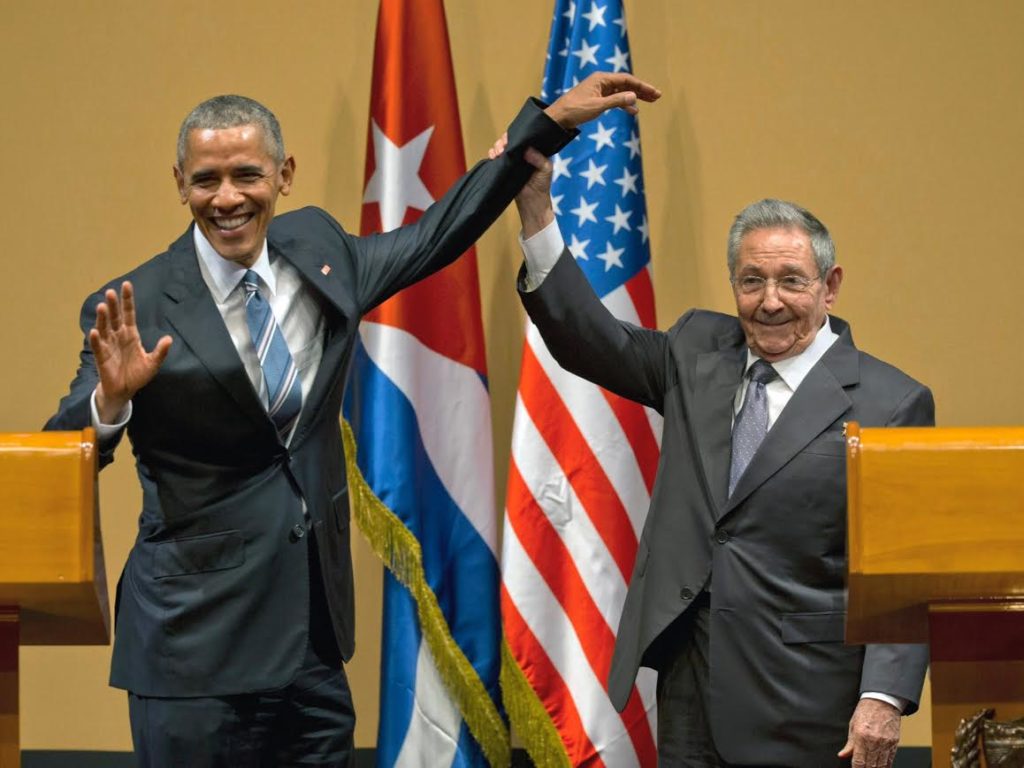