This is making the rounds. A user on Reddit has been investigating another potential Clinton-linked murder. Let me start by saying the whole child trafficking #Pizzagate story goes really deep and is multi-faceted. It truly deserves it’s own post (to come), but for now, we have a mysterious death which may be connected. Earlier this week, Monica Petersen – research fellow at the Human Trafficking Center – died under suspicious circumstances while investigating child trafficking in Haiti. Her friends and family are shocked and are not receiving any answers, and some of them are discussing mounting a trip to Haiti to investigate. Recall just two weeks ago that Wikileaks exposed Hillary Clinton’s links to Haitian child trafficker Laura Silsby who was caught trying to smuggle 33 children out of the country.

Here is a deeper dig on Laura Silsby from this post which also goes into #SpiritCooking (scroll down if you’re caught up):

Back to the Monica Petersen case:

She died a few days ago under suspicious circumstances. Her friends on Facebook are looking for answers. Several close friends have made mentions on various FB posts that friends and family have no clear understanding of what happened to Monica except that she died on Sunday.” –/u/rutkdn 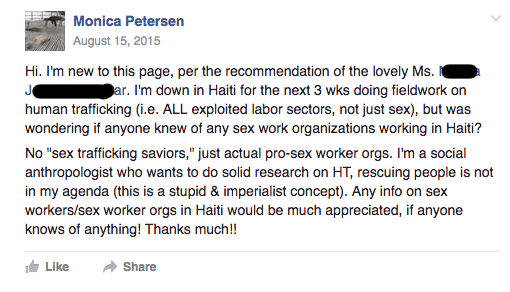 That’s kind of a strange comment on the “stupid & imperialist concept” of rescuing people, however Social Anthropologists are big on observation as opposed to intervention. Perhaps Petersen was also aware that many groups claiming to rescue children may in fact be fronts for child trafficking. 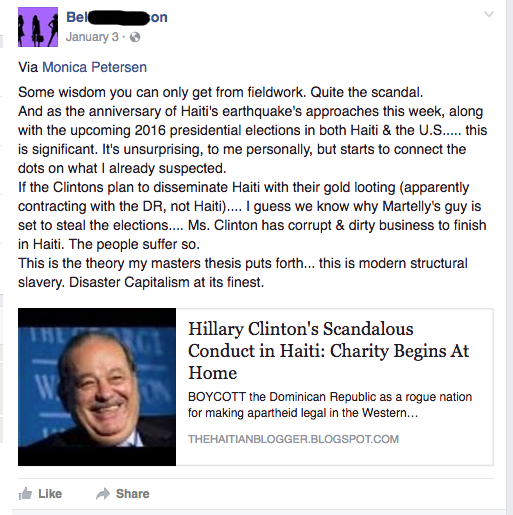 Petersen was also becoming vocal and prolific, blogging on the subject of child trafficking. 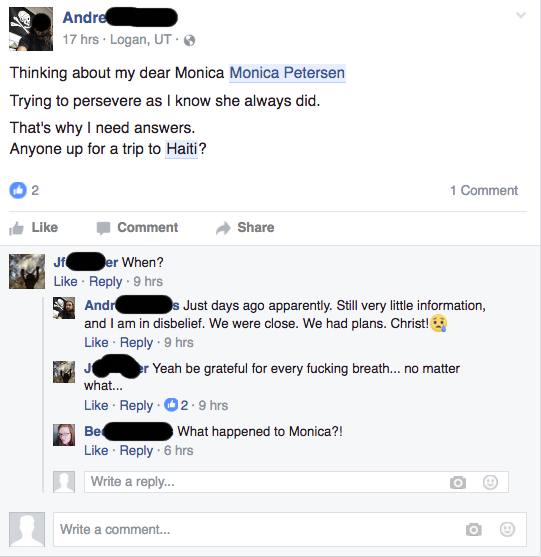 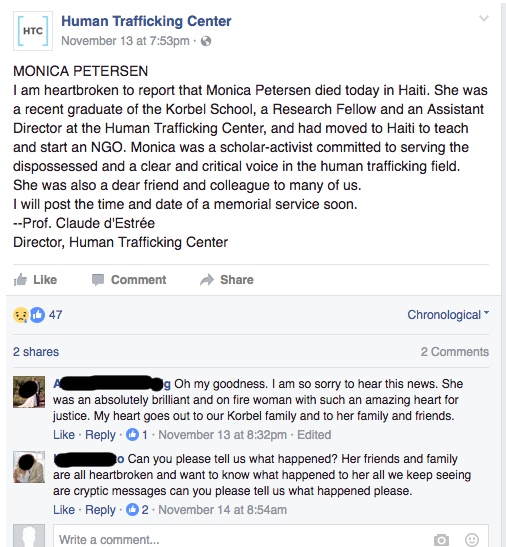 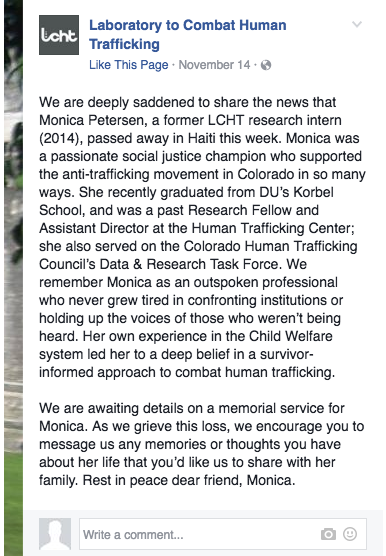 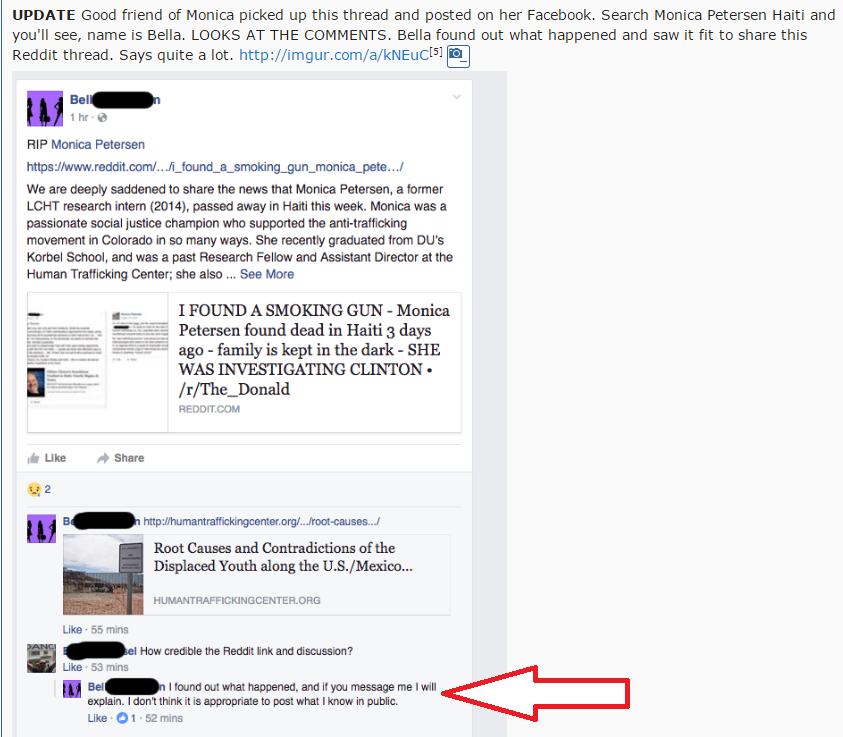 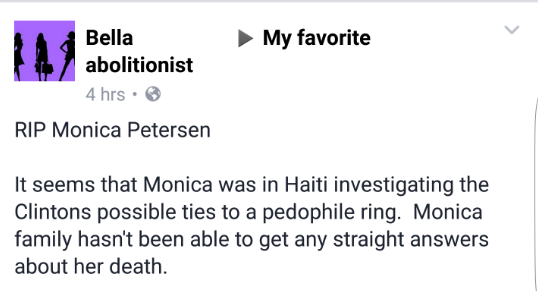 While the details surrounding Petersen’s death are scant at this point, the fact remains that Hillary Clinton was closely tied to a huge child trafficker in Haiti, and a woman investigating child trafficking in Haiti just died under mysterious / unknown circumstances. People have even been suggesting that Tony Rodham, Hillary’s brother, is tied in through his shady Haitian gold mining operation (right click and open in new tab or save, picture too big), however that is a bit further down the rabbit hole than even I am willing to go (for now).

Feel free to hop over to the original Reddit thread for additional info and updates.