You paid for the WHOLE SEAT, but you’re only gonna need THE EDGE… 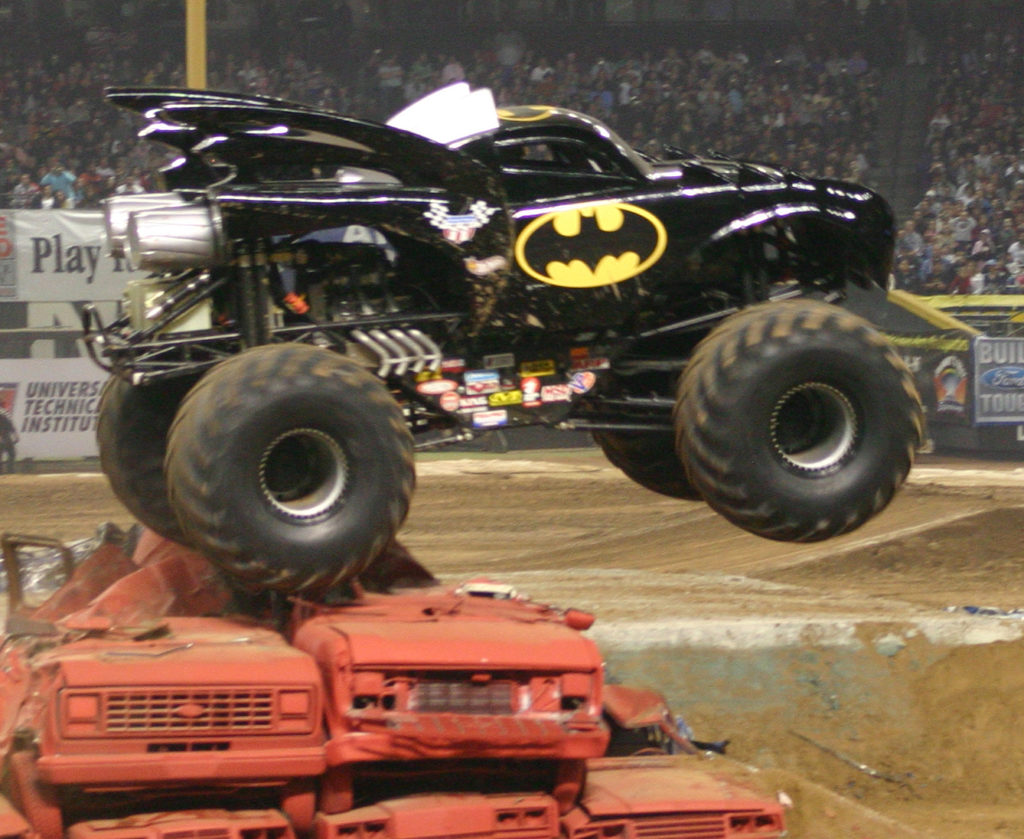 Time for a Sunday evening celebration, for there is a pending bear rape of epic proportions about to take place. Definitely impartial FBI director Comey has risen to high places since his humble days as a board member for drug money laundering Clinton Foundation partner HSBC. Comey landed this board position only months after Loretta Lynch’s decision as NYAG to tell them to “cut it out” with a slap on the wrist when they laundered drug money for Mexican and South American cartels. Bad Hombres.

The banks’ laundering transactions were so brazen that the NSA probably could have spotted them from space. Breuer admitted that drug dealers would sometimes come to HSBC’s Mexican branches and “deposit hundreds of thousands of dollars in cash, in a single day, into a single account, using boxes designed to fit the precise dimensions of the teller windows.” -Rolling Stone

Enough ancient irrelevant history, let’s check in around the interwebs for reactions to Comey’s 8 day (691,200 second) email investigation to check out 650,000 emails – which BTW – has nothing to do with the ongoing Clinton Foundation investigation. I’m sure they used some CSI shit like “search filters” and “enhance” to ensure accuracy and confirm benign yoga and wedding content. Let’s also ignore the whole “confirmation she passed classified info around like snoop hands out joints,” even having her FUCKING MAID fax classified materials. #presidential

Leading up to today’s announcement, there have been some bold statements made by journalists regarding inside sources at the FBI and NYPD. Let’s review:

4 days ago Fox’s Bret Baier reported that the emails were not duplicates, and the next day CBS supported that statement: 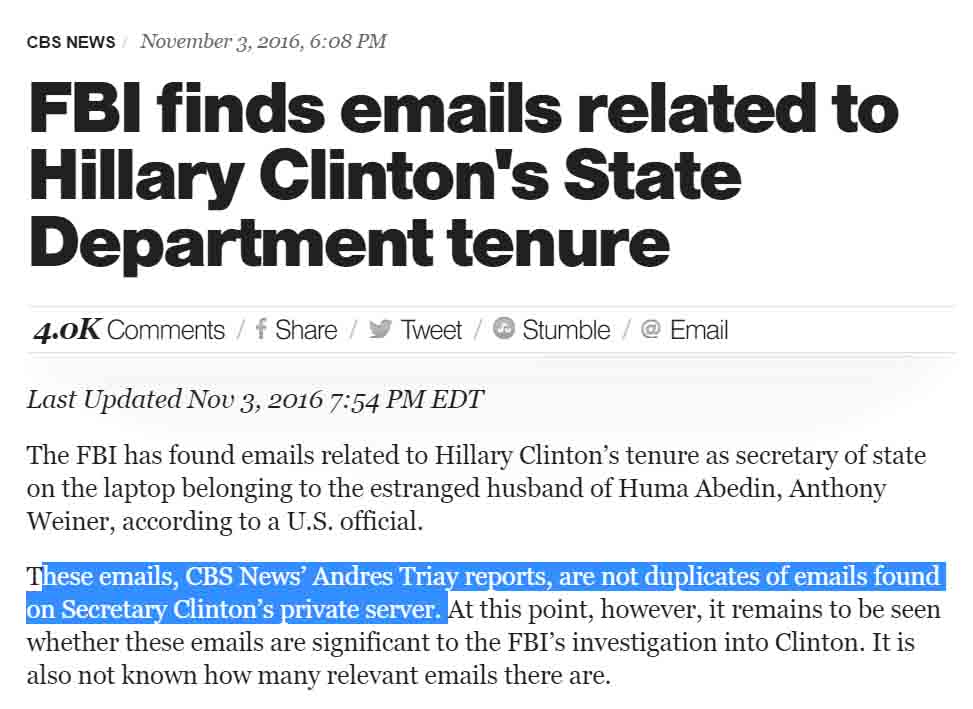 Today, however, we were informed that the emails were in fact largely duplicates.

According to True Pundit, the NYPD chief of police reportedly said the following;

“What’s in the emails is staggering and as a father, it turned my stomach,” the NYPD Chief said. “There is not going to be any Houdini-like escape from what we found. We have copies of everything. We will ship them to Wikileaks or I will personally hold my own press conference if it comes to that.”

In light of today’s FBI announcement, some people are doubting the veracity of True Pundit’s claim. One would think however, that the NYPD would officially refute such a hyperbolic claim. If you find any such statement, please let me know and I will update this post.

If “inside sources” at the FBI and NYPD hold any grain of truth, I would expect someone within either of those organizations to risk imprisonment and death to get the “sickening” information to the public. How many career agents for either organization truly feel that Hillary is a threat to national security? Were reports of a “Life Insurance” file true?

10,000 new emails found on Huma Abedin and Anthony Weiner's computer and phones. They were in a file marked "Life Insurance". #Corruption

We also heard from Hillary’s communications director today, reminding the unaware and compliants to ignore whatever comes out over the next two days:

Friends, please remember that if you see a whopper of a Wikileaks in next two days – it's probably a fake.

If comey is certain there are no problems with the 650,000 emails he should release them assp. Let the American people decide

If law enforcement or congress ever ask for e mails regarding an investigation, the FBI now says it's OK to delete them with "Bleach Bit"

If FBI conclusions remain unchanged, that means she still was reckless & careless, still lied about classified info, lied re: # of devices

Maybe Rush was on to something?

GRAB THE POPCORN and buckle up. The next 2 days are sure to be DYNOMITE! 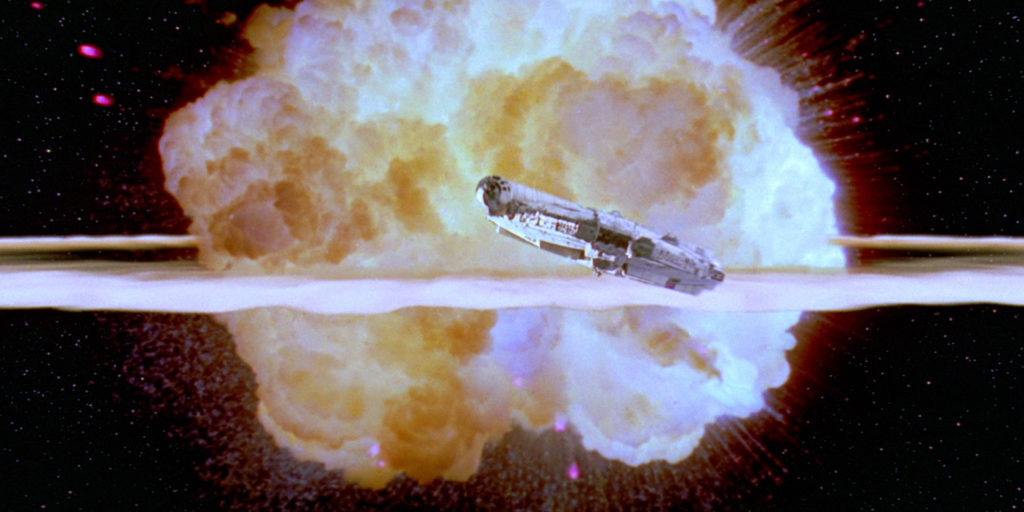 If you enjoy the content at iBankCoin, please follow us on Twitter
2016-11-06
zeropointnow
Share
Previous ASSASSINATION ATTEMPT? Trump Rushed Off Stage While Man Charges, Crowd shouts “GUN”
Next Minutes Ago: Wikileaks Drops #DNCLEAK2 – Wolf Blitzer Given Questions For Trump Interview By DNC!?