Why is $PACB continuing to show strength?  What is the fundamental driver here?

First off, the problems and issues that brought $PACB’s DNA Sequencer down since their IPO have been addressed and remedied according to their latest earnings report update.  Customers are beginning to come back.

However, I believe the latest price upward momentum may have to do with the latest find: 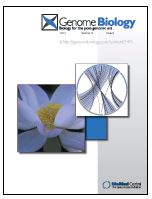 A paper from scientists at the Broad Institute reports a rigorous study of bias across all major sequencing platforms. In “Characterizing and measuring bias in sequence data,” published in Genome Biology, lead author Michael Ross and his colleagues report that SMRT® Sequencing on the PacBio® sequencer is the “least biased” in coverage of all the technologies studied.

The authors assessed sequences for coverage bias, or uniformity of read distribution, and error bias, or incorrect call at a given position. For coverage bias, they report that PacBio performed best in extreme GC content (both GC-rich and GC-poor) and suggest this may be related to the lack of an amplification step in the sequencing process. Regarding error bias, the scientists describe shifting error rates based on genome sequence; GC-rich or homopolymer regions, for example, tended to change the rate of errors for each platform. “In general, the sequence context dependence of error rates varied considerably from technology to technology,” they write.

Ross et al. note that each platform’s bias rate changes with technology development, but note that at the time of their work, “single-molecule data from Pacific Biosciences” had “the clear edge.”

Below is the actual report from Genome Biology:

We applied these methods to the Illumina, Ion Torrent, Pacific Biosciences and Complete Genomics sequencing platforms, using data from human and from a set of microbes with diverse base compositions. As in previous work, library construction conditions significantly influence sequencing bias. Pacific Biosciences coverage levels are the least biased, followed by Illumina, although all technologies exhibit error-rate biases in high- and low-GC regions and at long homopolymer runs. The GC-rich regions prone to low coverage include a number of human promoters, so we therefore catalog 1,000 that were exceptionally resistant to sequencing. Our results indicate that combining data from two technologies can reduce coverage bias if the biases in the component technologies are complementary and of similar magnitude. Analysis of Illumina data representing 120-fold coverage of a well-studied human sample reveals that 0.20% of the autosomal genome was covered at less than 10% of the genome-wide average. Excluding locations that were similar to known bias motifs or likely due to sample-reference variations left only 0.045% of the autosomal genome with unexplained poor coverage.
Conclusions

The assays presented in this paper provide a comprehensive view of sequencing bias, which can be used to drive laboratory improvements and to monitor production processes. Development guided by these assays should result in improved genome assemblies and better coverage of biologically important loci.

Enough about the fundamental, take a look at the weekly chart below:

While there is a beauty in seeing the nice rally today, price action needs to take out the nearest resistance at $4.00 so it can move on to the next target at $5.27 which was the high made in 2/17/2012.  Since both resistances are more than a year old; breaking out of these resistances can only mean that the power behind the move is substantial and strong; otherwise, price action will fall apart after touching the resistance(s).

Giving the new development in how much better $PACB’s DNA Sequencer is due to its being the “least biased”, I’m betting that price can cut thru those resistances like hot knife against butter.