On Wednesday, May 15th, $SPY closed 3.52% above its 20 day moving average.  While this has happened more than 275 times over the history of $SPY, it is not an altogether common occurrence. It is the first time this has happened in 2013, and it did not happen at all in 2012. A quick glance at the list of these events appeared to show some clustering. 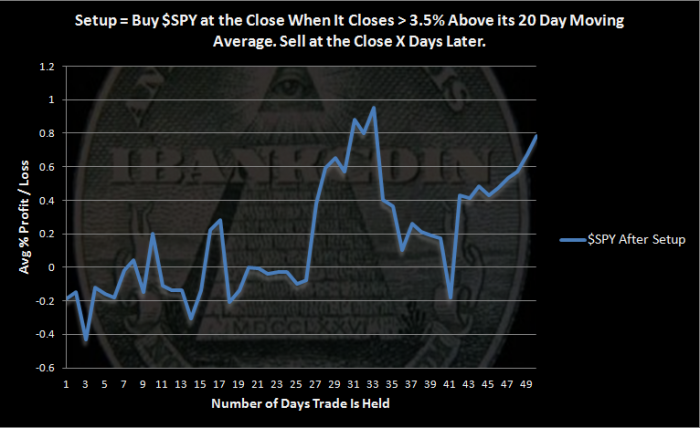 The graph shows that this setup is neutral to slightly bearish. The return is no where near to matching a buy-n-hold return over the same time period. In fact, the return after this setup is about half of what we’d expect after holding $SPY for 50 days.