I was reading a post from EconomPic called Checking in On the World’s Greatest Rotation Strategy. This strategy is essentially just Sell in May and Go Away, but has one buy the Long government / credit bond index rather than just sitting in cash from May – October.

Oddly enough, I had never tested this simple strategy before, and the results EconomPic posted were good enough that I had to take a look under the hood to see exactly what was making this system run.

The Rules are simple: 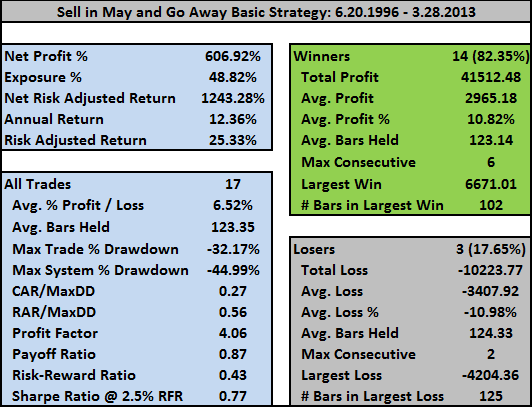 Because of the way I coded his, all the trade information pertains only to the $SPY trades. The returns from VBLTX are built into the overall returns but are not considered to be trades. Perhaps in future tests I’ll break out both $SPY and $VBLTX as separate trades.

$SPY buy and hold over the same period is 5.26% with a maximum drawdown of -56.47%. So even if you do not rotate into a vehicle to provide a return on your cash, you still beat buy and hold just by selling in May. 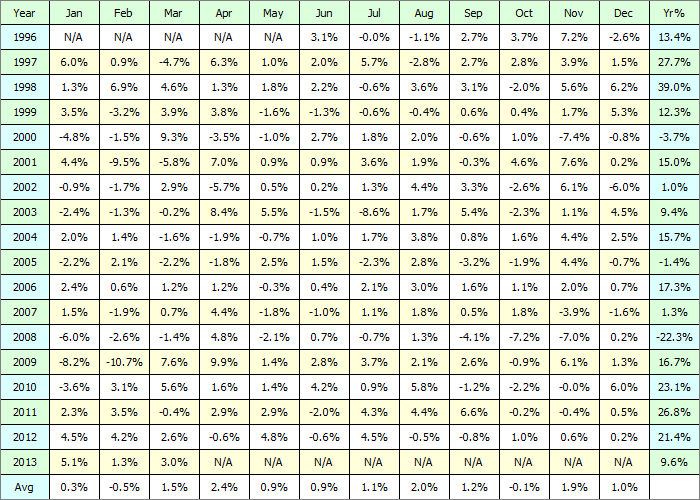 This strategy has just been killing it. I’m leery to assume it can continue killing it. Some questions:

I’m looking forward to reading your ideas on these questions in the comments.

The next post will add in an additional timing measure for $SPY.