The market is extended here but one measure suggests an abnormally overbought market can keep going higher and higher.

I’ve written before, here and here, about an abnormally overbought S&P 500. I do not recommend shorting overbought markets as they have the tendency to stay overbought for longer than we might expect. 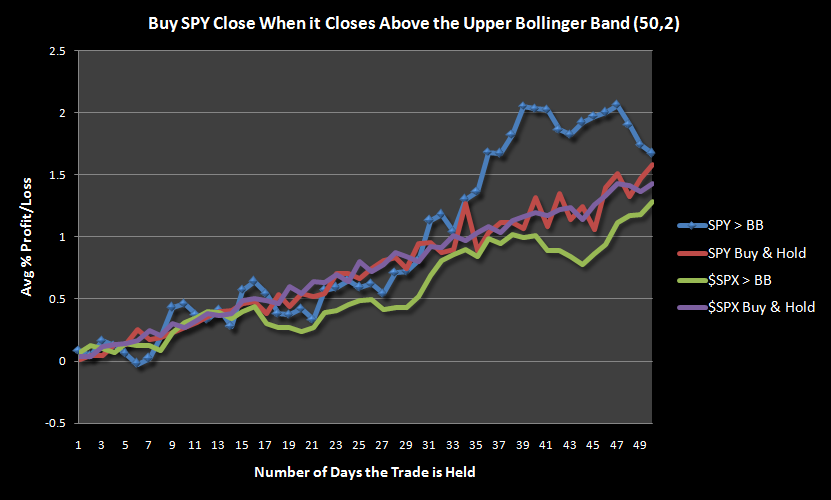 While many traders see an abnormally overbought market and think it is time to short, this study shows that at the very least, it is better to just do nothing, or stay long.

While the edge is not much better than Buy and Hold (for the SPY), there doesn’t appear to be much value in expecting a major correction or even a big pullback. Perhaps if this setup was combined with other factors, such as low volume, we might predict when an abnormally overbought market might fail.

This setup, as shown with 50 years of data on $SPX, has consistently led to more market melt ups.