This assumes that a trader uses percent-risk position-sizing. Percent-risk position-sizing means that one risks X% of his account on each trade. In order to manage the amount of money risked, we must know when a trade will be exited so that the account loses the specified amount. A stop-loss is the typical exit method used to ensure that trade risks only X% of the account.

Let’s look at an example.

However, what if the trader wants to use a stop of 5%? Then his position would be twice as large as using a 10% stop.

So there is a direct connection between the stop-loss level and the size of the position.

With a winning setup and exit strategy, percent-risk position-sizing has multiple, extremely important implications. Hopefully some of these implications will become apparent. If not, I’ll have to do a better job later fleshing it all out.

We’ll use the Power Dip, which uses entry and exit strategies that generate a positive expectancy. This first test used a 5% stop. The tests that will follow will use larger stops. In the end, we’ll draw some conclusions about the effect the stop (and by default, the size of the position) had on system performance

Here are the stats of the backtest: 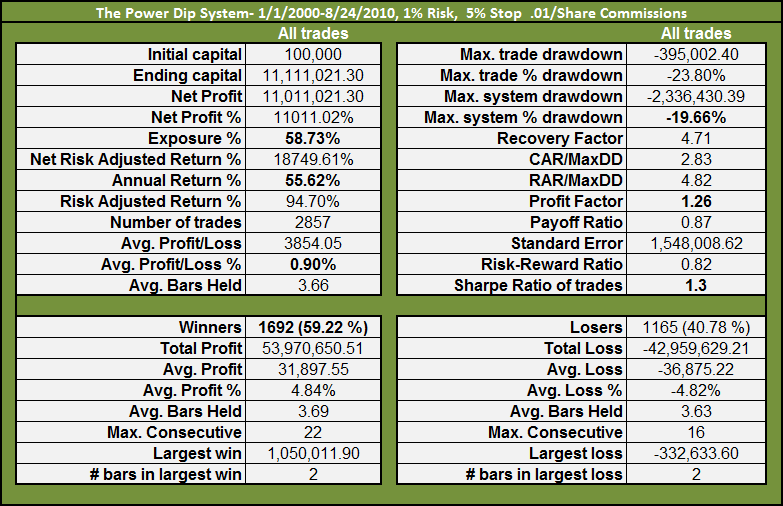 The most important stats in terms of this discussion are as follows:

As the stop-loss percentage gets smaller, we’ll see a decrease in the Avg. Loss % and an increase in the Risk-Reward Ratio. We will also see a decreased Avg. Profit/Loss % and a decreased Winners %. So with a decrease in the Avg. Profit/Loss % and decreased Winners %, how does the system make money? Good question…Since the stop is tight at 5%, we have fewer winning trades (59.22% in this example), but the losing trades lose smaller amounts (-4.82%). Despite the fact that the Avg. Profit % (4.84%) and Avg. Loss % are almost equal, the system profits because it has more winning trades than losing trades. The 5% stop keeps the average % losses about the same size as the average % gains. 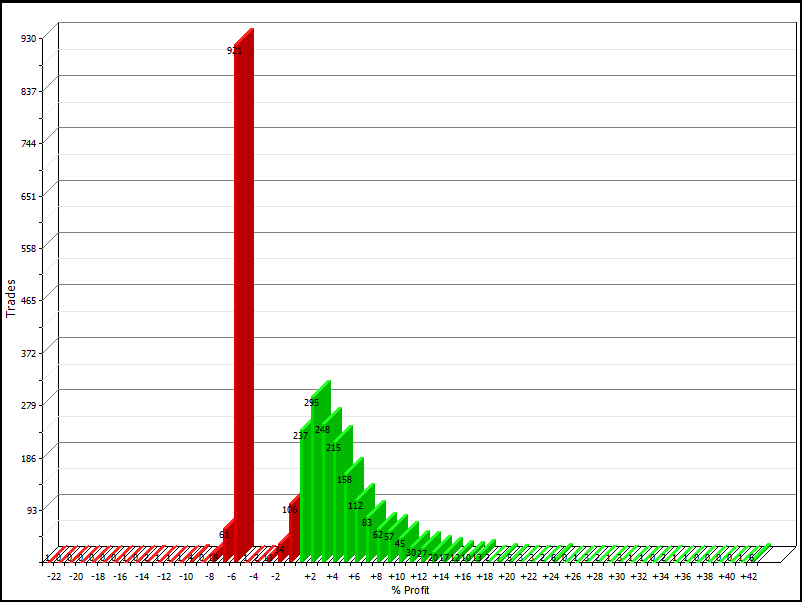 As we increase our stop-loss percentage, we can expect the Winner % to increase and the Avg. Loss % to increase. We will also expect the number of trades to grow. Thus, even though the system will lose more per trade on average, there will be an increased number of trades that win, AND, there will be increased opportunity to trade (remember, as our stop loss widens, our position-size will decrease, meaning we will have more cash available in the portfolio for more positions). Increased opportunity means more chance for profits. 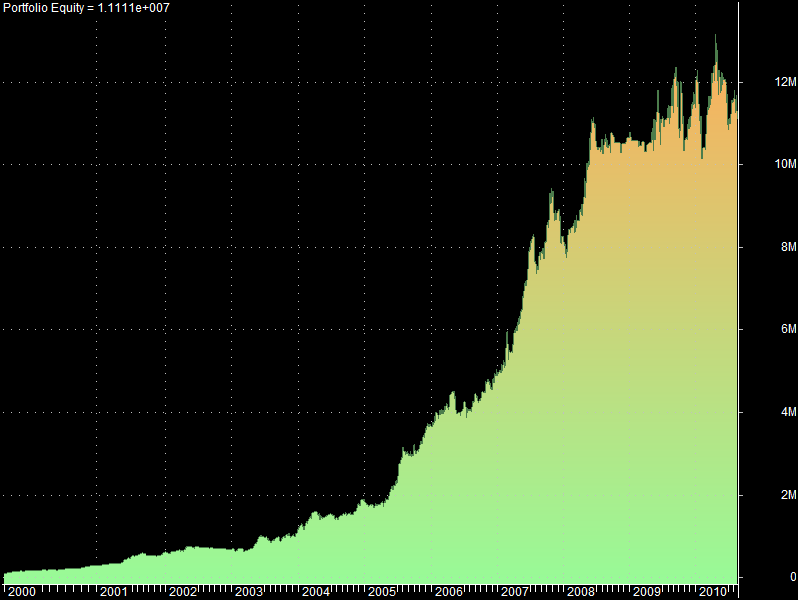 Notice that a 5% stop works well when volatility is low (duh?).

Over the next couple of days, I’ll adjust the stop level upwards, and run the same test. By comparing the metrics, we’ll begin to get a sense of the effect of stop-loss and position-sizing on a positive expectancy system.

Your comments are welcome.