Monte Carlo and the 357 System

Cuervo has posted over in the Peanut Gallery a simple trading system he calls the 357SPY.

Nothing can quite explain how the system trades like an equity curve, so I am including one below, of the 357SPY.

For these tests, I assume 10K per trade, without compounding gains, .01/share commissions, and no stops.

The results aren’t too bad. If nothing else, with a 65% win rate over 546 trades, the 357SPY may make a good timing indicator.

Still, we can run additional tests to determine how robust a system is.

This Monte Carlo simulator takes the historical sequence of trade results from the 357SPY and scrambles their order, (randomizes them) then puts them back together, and re-calculates the results: The profit, drawdowns, wins in a row, etc., of the sequence of trades are then recorded. It then does this 1,000 more times, recording and plotting the results of each trial.

The Monte Carlo results will help us determine if the 357SPY’s results are due to chance, or because of a legitimate edge. In the tests below, starting capital of 10,000 was assumed. 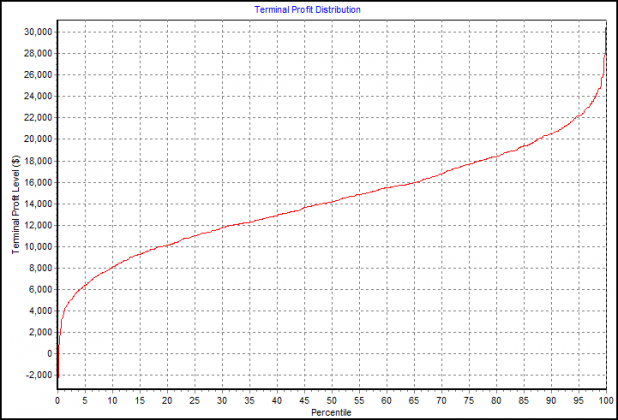 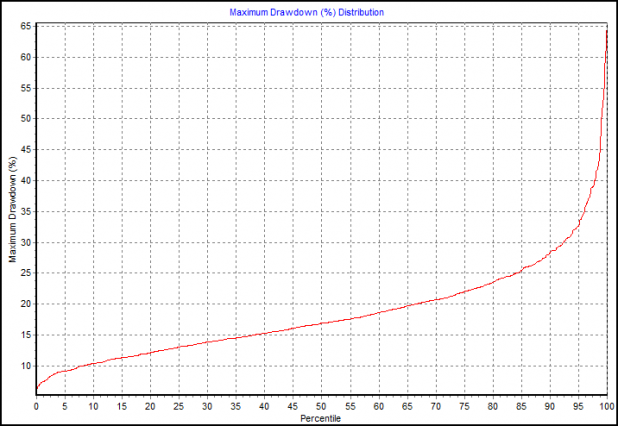 Max Drawdown (%) Distribution shows that 95% of the trials had drawdowns less than 34%. 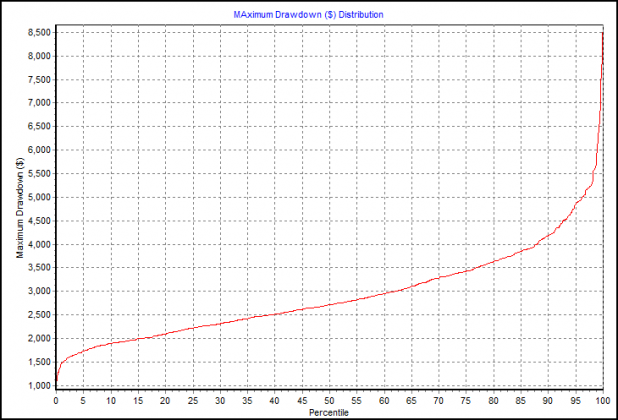 Max Drawdown ($) Distribution shows that 95% of the trials had maximum drawdowns less than $4,750.

Max Consecutive Winning Positions shows that 95% of the trials had 20 or fewer wins in a row. 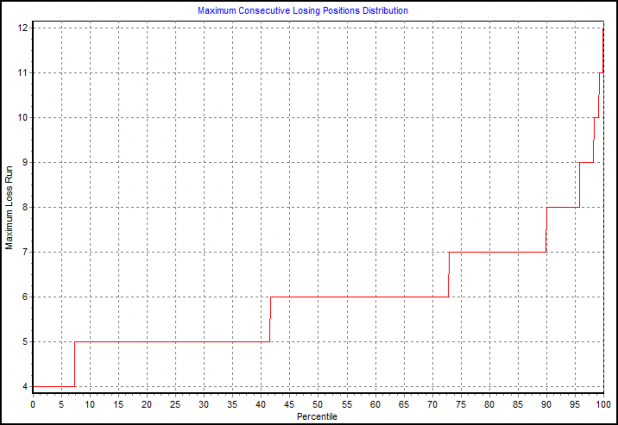 Max Consecutive Losing Positions shows that 95% of the trials had 8 or fewer losers in a row. 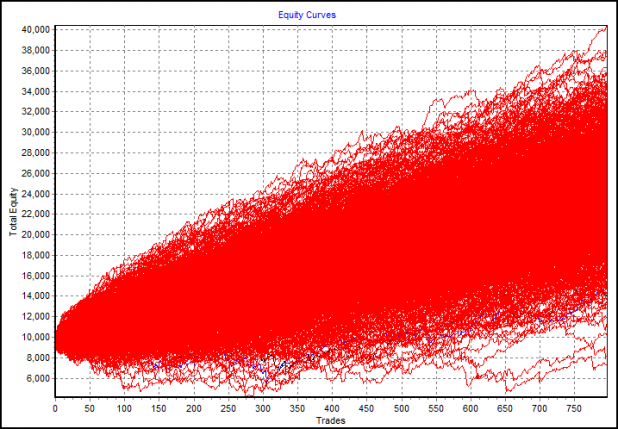 The Equity Curves show all of the possible equity curves from the randomized trade data. Of interest here is that only 2 trials had terminal equity of less than 10,000. (Look at the very right side of the chart for the two squiggly red lines beneath the 10,000 line.) A hand-drawn best fit line looks to me as if it might end somewhere between 22 and 24K. This would represent profits of between 12-14K over starting equity. The system, as tested on Tradestation shows a total equity of $19,648.82. While this might be slightly less than we would expect, the number still falls well-within the fat part of the distribution of equity curves. 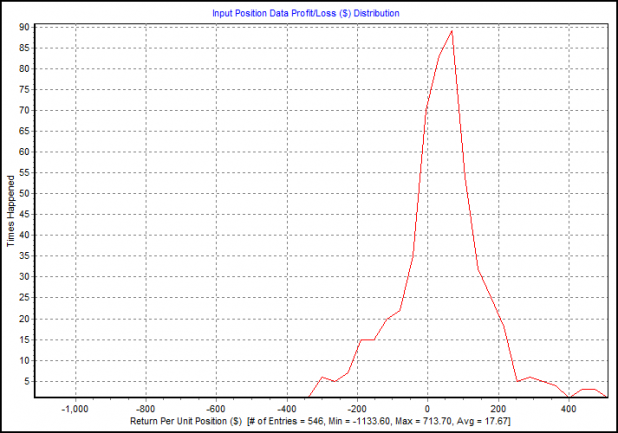 While the 357SPY can only be expected to earn a small but consistent single-digit return, one would likely not have lost money trading it (unless you were really, really unlucky) over the past 16 years (not including opportunity costs and inflation). In other words, one won’t get rich trading this system, but neither is he likely to lose money, if he trades it over a long enough period of time.

Of course the market is always free to undergo a regime change, which means that the 357SPY may stop working one day soon. However, the results of the last 16 years do not appear to have been achieved by luck alone.