Stop Having a Boring Life

My name is Rob and I'm a gregarious gentleman who travels and blogs. http://stophavingaboringlife.com/
Joined Jan 9, 2014
222 Blog Posts
@Bloggeries

DRONE OVER PARADISE & SUCH

Below is a video which could best be described as a drone over paradise aka a drone over Little Corn Island. You’ll also see my latest project “Alta Vista” in the mix with someone you may know wearing typical camouflage on the roof with two others. Naturally, my camera has sand in it so instead of looking at the drone I’m trying to get the piece of garbage to operate properly; oh well.

I might be going to South Africa next month but we’ll see about that. Looking at this drone footage makes me realize how crazy a place it is that I live. Also how crazy it is that I managed to get the structure I’m seen standing on in the video to the spot. Remember, there are no cars and all the materials came up on carts along what could best be described as a sidewalk.

It’s 5am and I’m on Big Corn sleeping on a cot in a room with my parents, I know. They visited for three weeks and had the time of their lives. My father even said candidly “If I wasn’t married to your Mom, I’d just move here permanently” much to her chagrin. She changed the topic and it was never mentioned again. I think they’ll be back next year for six weeks.

IMPORTANT QUESTION: If your bathroom is tiled, how many mm are between each tile? Two or Four?!

I love spending time with my parents and believe that if they come for a month or so each year, we’ll spend more quality time together in a year than we would if I was raising a family while being deeply depressed down the the road a few miles. There is nothing more depressing than not doing what your’ capable of. Some people do nothing with their lives and are happy, that’s because they’re not capable of more.

If you know you’re capable of doing more, you must or your soul will suffer until your last breath. I’m flying to Managua today and on the early flight. Parents are on the later flight. I made a mistake and forgot to book a ticket for myself, whoops. I will try and trade with someone at the airport this morning and spend the day showing them around, if not oh well and as I often say; such is life.

Thankful they could visit and that my father is so handy. I also think it improved our friendship on a number of levels and they now realize that I may not be “handy” and I could care less about small stuff but I’m big picture kinda guy. I like to throw up structures from scratch and that’s good because there are plenty more people on this planet who are capable and willing to do the final caulking…

Have yourself a wonderful day. 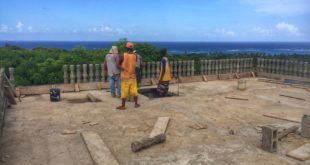 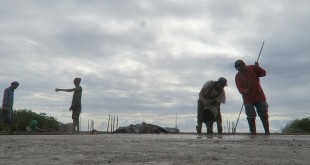 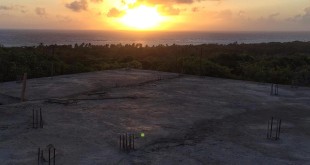