Walked around Anned Arbored yesterday wearing a Stocktwits cap and it sparked a few conversations about the markets. Interesting discord with intelligent youths curious about the state of this leaky old ship.

Ann Arbor on the first warm Saturday in April, after the Friday before featured 35 degree overcast, was a vibe.

Sometimes, when you’re so deeply emerged in a dystopian hellscape like post-industrial Detroit you forget there are people who live on nice hills nearby clean rivers they can swim in whilst academic types develop their intellect at an institution of learning that keeps the barbarians at bay.

I like both settings. I feel like a tomcat with total freedom inside Detroit. In Ann Arbor, I am a student. An observer and sponge.

The whole town is like a giant Abercrombie and Fitch commercial lolz. Homos.

Folks are freaked out. They’ve been averaging into names like Nvidia that they assumed with sound money. I’m telling you—the whole crypto/nft movement really skewed the younger generations idea on risk. They look at individual tickers like they’re t-bills. Set and forget.

Whatever and moving on.

We are bunker buster for the third time in recent history. Either the whole shit house is about to go up in flames or we’ll look back on these days come the FOURTH OF JU-LY and be like, “Look at that obvious move off the lows.”

I plan to average into the great next week. Perhaps earnings will help create better entry points. I normally buy a little before and after earnings, to average my price between the binary moment.

Thus we ought to be hella aware of the fact that some of the greatest investments in the world are set to report earnings next week.

I shall plan my buys accordingly.

Okay for now mfs. Godspeed and trade them well.

And now the 383rd edition of Strategy Session.

Raul’s bias score 1.90, STRONG BEAR*. Sellers continue the pressure the tape early in the week. At some point a sharp, excess low forms and the auction reverses higher. 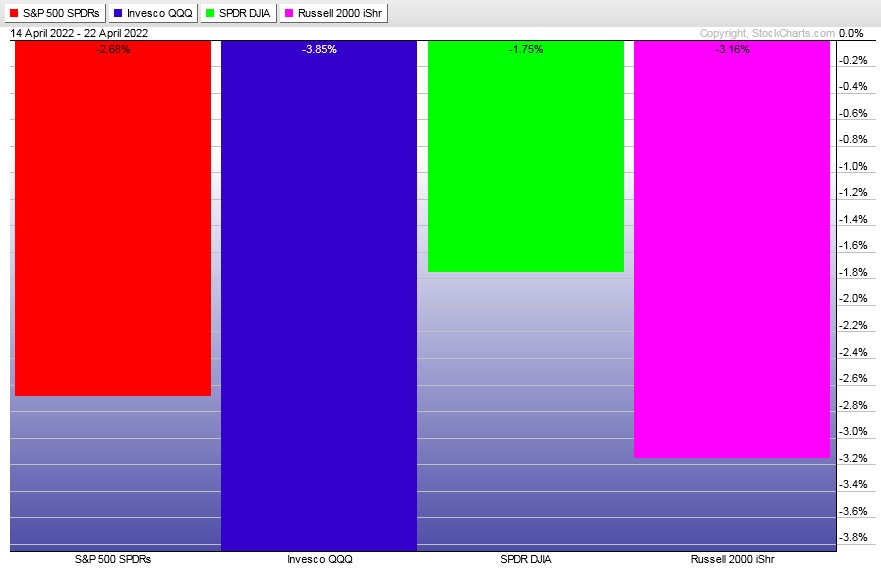 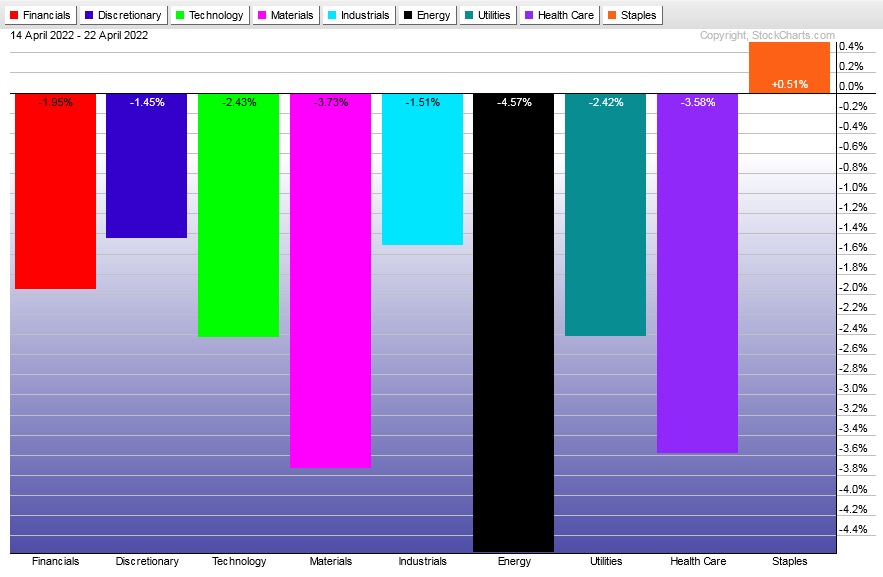 Bulls took back control of money flows six weeks back after sixteen weeks dominated by sellers, dating back to mid-November.

But then three weeks ago sellers negated that control.

Last week’s money flows were again sellers dominated, however a few interesting cyclical industries managed to populate the positive side of the ledger. Transports and Lumber.

Signals sort of lined up for a low to form

We have a bullish 12-month oversold cycle as of Friday and it will run into May.

We also have Bunker Buster. The third in recent history. Either the whole house is about to go up in flames, or this one could mark the low as we head into summer.

I have not actively traded futures this year. I have been rebuilding my emotional confidence and putting my affairs in order. Things have to be immaculate for me to make 30-40 trades in the span of a few hours.

And I just haven’t been there mentally.

Regardless, even if I were day trading, I would not be day trading the upcoming week. The Bunker Buster has been a difficult signal for me to trade historically.

Sometimes it seems like the low is in, then we keep plunging lower.

Other times the low prints Monday morning and I’m sitting there, fighting the tapes up move, shorting, until I finally hit my weekly stop.

I have found Bunker Buster weeks are the best time to audit my long-term book and decide which companies I will still be holding stock in ten years from now. Then I add some fresh capital to those names.

Dollar cost averaging into my favorite names and waiting for prevailing conditions to return.

Sticking to the process has kept me in this game for over a decade. This research. Morning reports. Dollar cost averaging when indexmodel goes Bunker Buster.

No sense in changing things now.

Sellers continue the pressure the tape early in the week. At some point a sharp, excess low forms and the auction reverses higher. 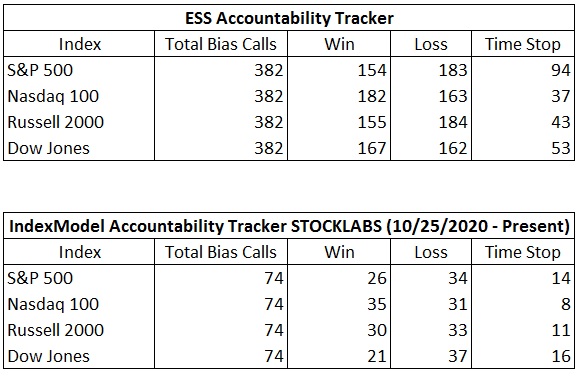 Still on the edge

Transports saw a bit of gains last week. They are still on the edge of range low, but looking a bit stronger than semiconductors. Primary expectation is for range low to hold in the upcoming week. 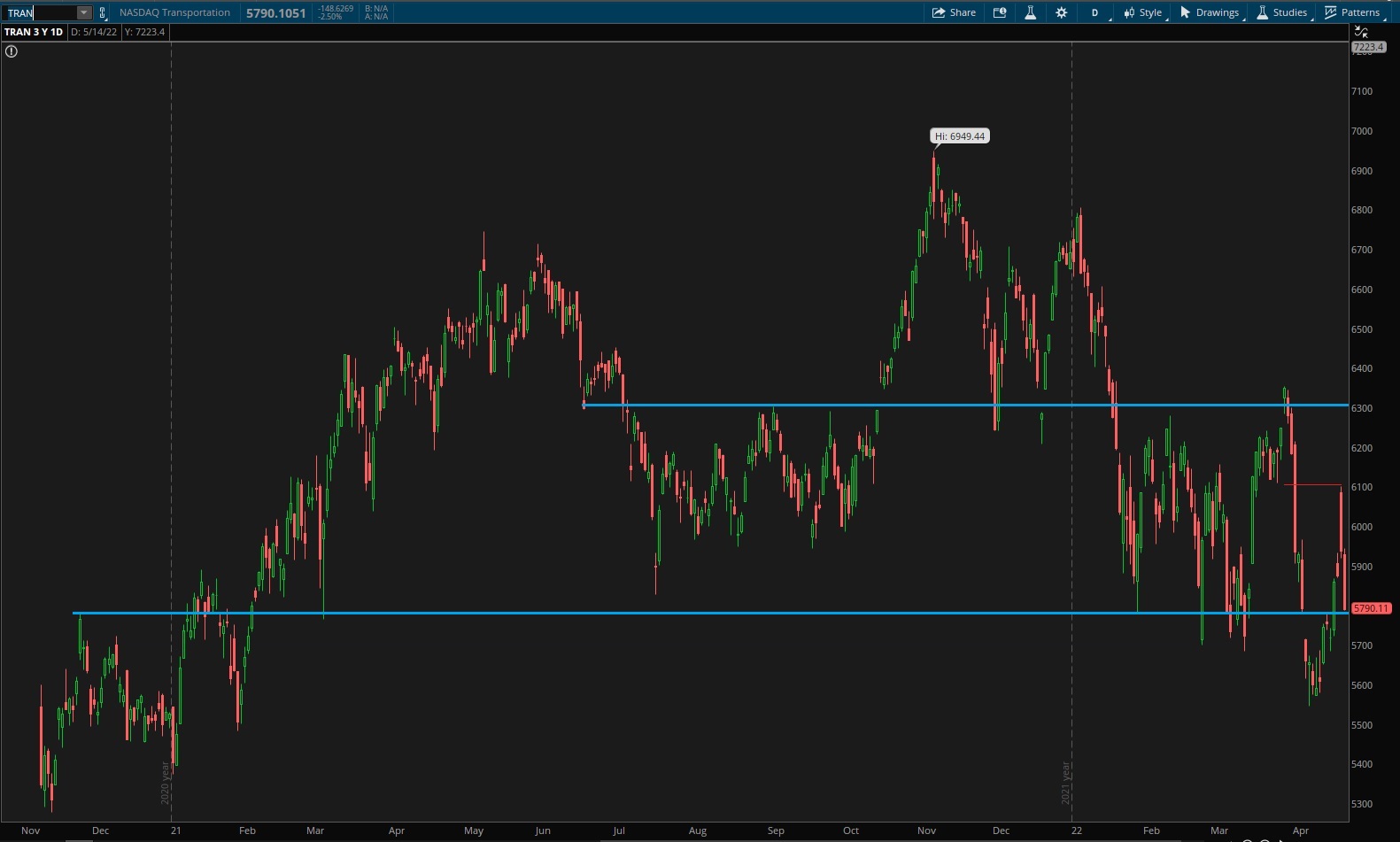 Semiconductors look really iffy. They are coming into the week with sellers in the driver’s seat, pressing out of range. This chart is likely to snap back up into range at some point next week. But if it doesn’t the entire secular bull market comes into question. 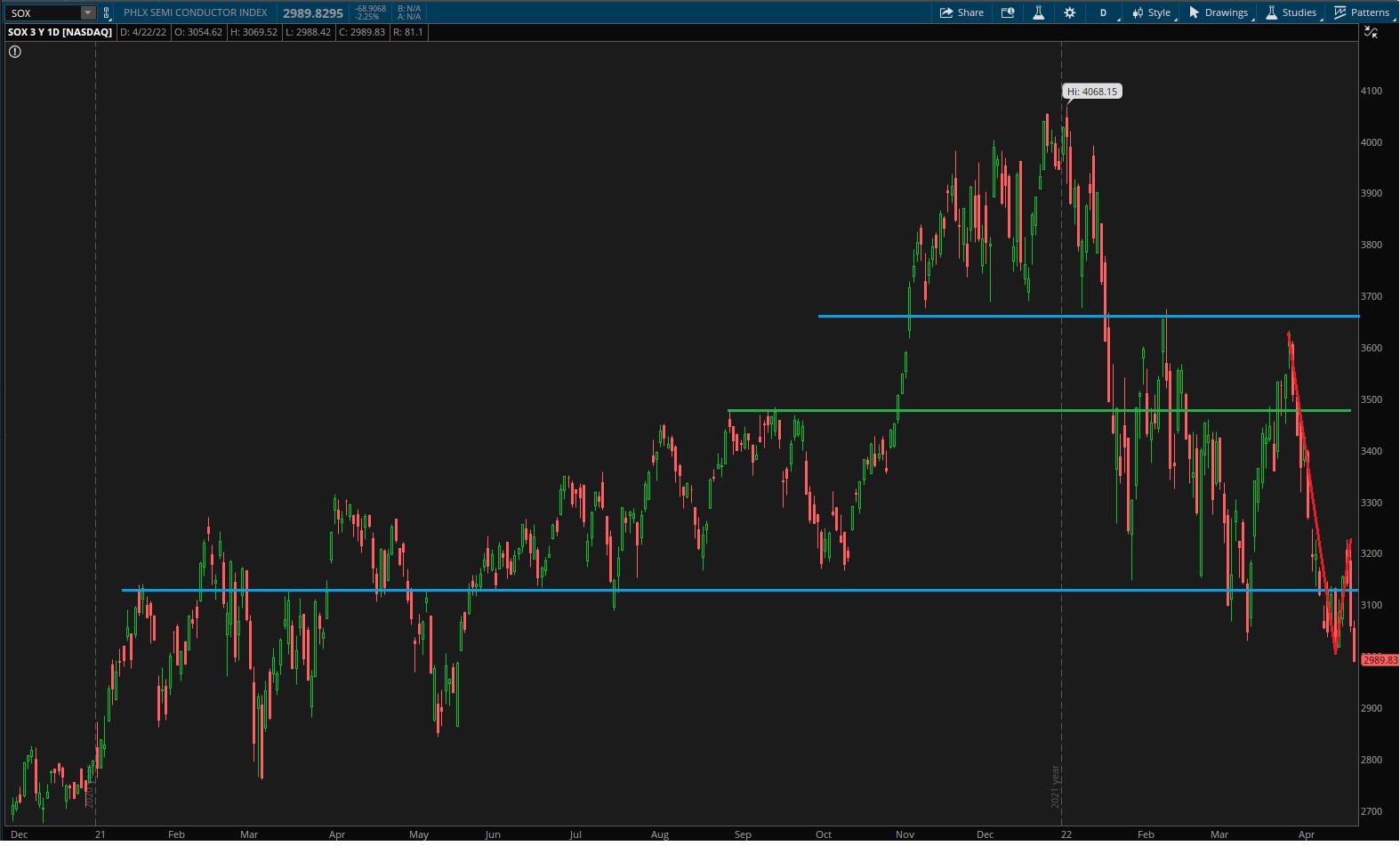 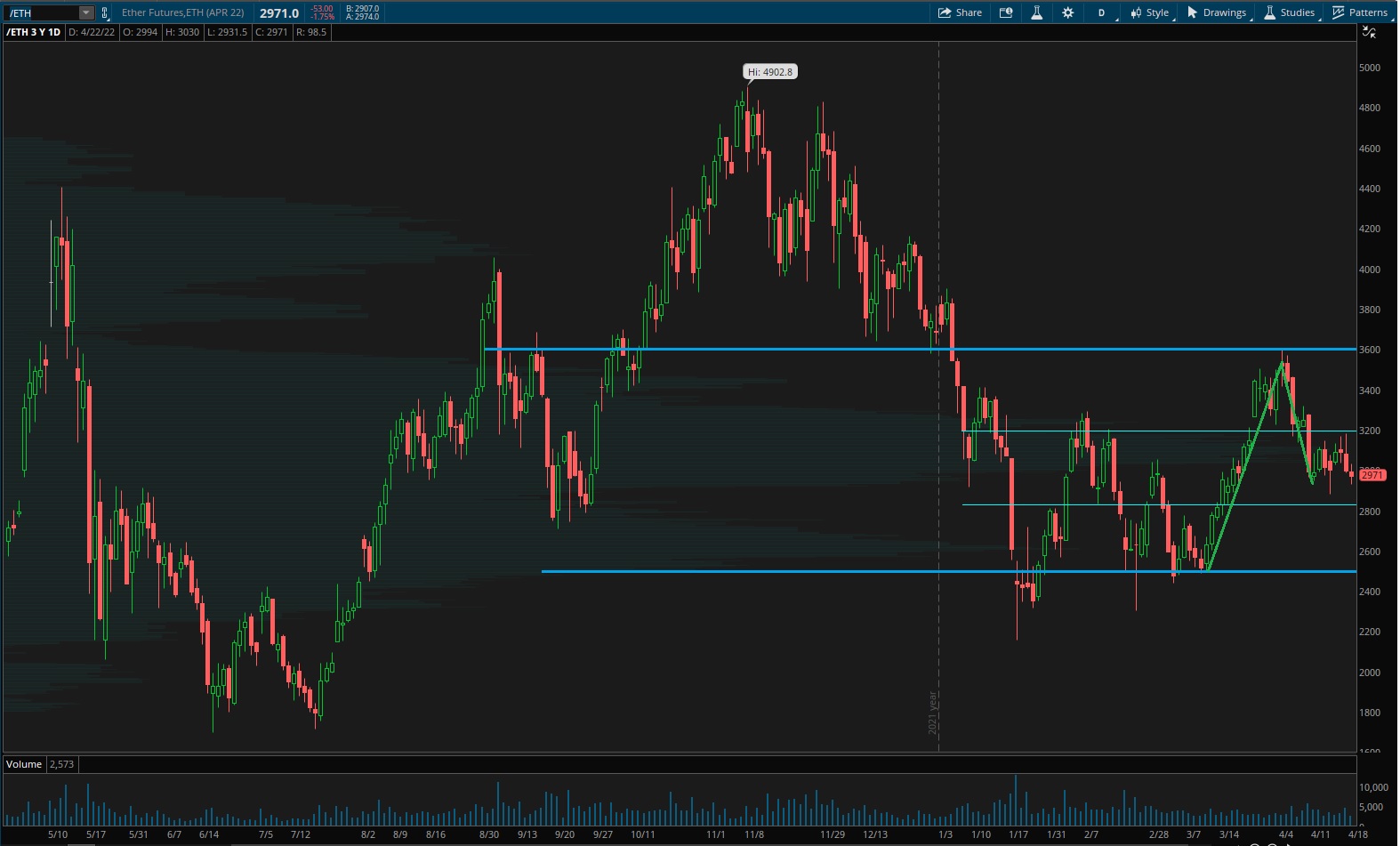 Bunker Buster calls for an acceleration to the downside that eventually forms a sharp, excess low that holds and can be leaned upon by bulls going forward.

Third time is the charm?

On Friday, April 22nd Stocklabs signaled hybrid oversold on the 12-month algo. This is a 10-day bullish cycle that runs through Friday, May 5th.