I turn dials and fiddle with knobs to hone in on harmonic rotations
Joined Oct 26, 2011
3,620 Blog Posts
@IndexModel

No NASDAQ trading report today. I just closed out a runner long I held overnight in the NASDAQ futures. Holding a highly leveraged futures contract overnight is something I never do because I enjoy life outside of trading far too much to sully it with distractions. Especially this time of year, when the moon is full and pagan x-mas is near.

I haven’t seen a chronic case of hurrying syndrome plague the collective conscious of our motorists this bad in years. It is as if these folks think they can somehow rip back a few minutes of life from the jaws of fate. I have news for them—the only chance to save your soul is a systemic shift in work/life arrangement. You live on the eastside because the housing is cheap but all the work is downtown and out west. Was the savings worth 10-15 hours a week alone in a car?

Some call it their sanctuary.  A reprieve from the phone and family and constant flow of emailed advertisements. Then again, these folks aren’t pressing the bumper of their unnecessary pickup truck into your rear-view mirror.  These folks are taking the drive in, like a slow sip of ambrosia.

I work so hard to not work. The research I publish every Sunday behind the Exodus paywall is some of the most meaningful work I do.  Then I come into public forum, day-after-day, creating a plan. Then I do my job as a trader. I execute the plan, tweeting updates when I come up for air, making my way through life.

No one’s master. No one’s slave.

I consider this work to be my civic duty. To demonstrate how one can engage the global financial complex professionally, from the confines of their home.

I live alone in what can hardly be called a house. I call it Mothership.

Many of the cyclical patterns that society expects a male human to conform to have been cast aside in my pursuit of financial literacy. It did not come naturally. As the son of an immigrant who was abandoned in Detroit by his parents, Elder Raul, a man left to fend for himself with only the guidance of his hell raising gambler and alcoholic of a brother, UNCLE RAUL. Who married an American girl, second of six children, all raised in a disgusting housing tenement on the east side. My parents offered me what privileges they could.

I was kept in parochial schools throughout primary and high school. This was my proving grounds. From K-through-eighth I was educated by strict Lutherans, mostly germanic.  I learned their theology but rarely identified with it.  I studied the works of Martin Luther closely, a hell raiser himself, a man who was regularly “visited” by the devil, who he said farted often.  This always amused me. That the devil has so much gas, because farts are pure, uncut humor for an eleven year old.

The reason I was kept in Lutheran schools despite being so apparently Italian traces back to the town my father immigrated from, a small mountain fort known as Guardia Piemontese. It was a place where northern Italians sought refuge from the demented Catholics, who would just as willingly chop the heads and limbs from women and children then see these souls peacefully find their own way into hell.

Protestants, or Protest-tents as Grandpa Raul used to pronounce it with his thick southern Italian dialect.

At any rate, I never connected with the scripture. We attended church three days a week, and I found it to be an insufferable place.  It was filled with people wearing uncomfortable clothes, sitting hard wooden pews, standing and sitting and standing again like sheep every time their leader demanded it of them.

Their leader…our dear pastor, the one who had an affair with the kindergarten teacher. The local news was all over the scandal. What a disaster.  The decision was made to put me into a Catholic all boys program for high school.

You may have heard of my high school. Their football team was dragged through the news just this fall after reports of sodomy-based hazing occurring in the locker room.  Nevertheless, I enjoyed my time at this school. I was surrounded by Italians and brilliant young thinkers who would go on to schools like Harvard and Westpointe and Yale. I tested into the school at an alarmingly high intelligence, somehow. This landed me into a full catalogue of AP and Honors courses, right off the rip.  I took to math like a sponge.

This is also when I began my crash course in rule breaking. Being a social fellow, academics soon began to bore me. I needed something more invigorating, mostly I needed to develop ways to attract all those catholic school girls to spend quality time with me, preferably whilst still wearing the uniform. Goodness, I was obsessed with those plaid skirts and white oxford button downs.

I began cheating in AP Biology.  The doctor who taught the calls would nod off and our dumb asses had developed a system of telephone to send the answers from one especially intelligent student (Harvard) all the way around the classroom to the rest of us knuckleheads. We all aced the course. Meanwhile my best childhood friend, ROBERTO BREGANTE, reported that despite dedicating two-to-three hours at home, studying for his base-level biology class, he was struggling to earn a C grade.

An early introduction to privilege amongst the privileged.

Anyways I cheated, lied, stole, drank hooch, smoked cigarettes, and otherwise disrespected my parents, who were shelling out 6-7k per year, my professors, and society as a whole.  I carried this attitude into public university, which was stupidly simple for the first year-and-a-half, as all the regular kids caught up to what I already knew. I became a real monster, obsessed with pleasure and travel.

The bill came due.

My second semester of sophomore year I earned a 1.6 GPA. To add insult to injury, my parents, primarily my mother (Elder Raul kept himself distracted with long hours of work) revealed to me that in her well-intended hopes of not disappointing her sweet little boy (moi), she had been taking out credit cards in my name to help cover the expenses of my college.

Sweet little boy Raul had been under the impression that his parents were paying his way through university, free-and-clear. This was not the case.

This is was my first reality check. Being a student of finance, devastated that I had unknowingly acquired over ten thousand dollars in high interest bearing debt, I moved back home with my parents, enrolled into community college, and began reshaping myself as a decent human.

It took nearly a decade, and that story, dear readers of this old Raul blog, is for another day.

I started writing this post because I broke a rule I never break last night.  I held a highly leveraged futures position overnight. It paid off. I did it for a reason because listen—sometimes you have to break rules.

We printed a normal day yesterday, which is anything but normal. It only happens less than 18% of the time.  We are at all time stock market highs. Exodus was showing about 70% breadth. I had made a huge gain on the position by being long ahead of the Trump tweet.  I had reloaded when we fell back to the midpoint.  I had scaled profits off AGAIN, and given the context (look at the PHLX semiconductor index, incredible) it was time to break a rule.

Still it doesn’t feel good. It felt like a step into my old shoes. Dirty shoes that have walked through more shit than I would like to admit.

Anyways, like a good Catholic, I have aired my past sins out and already feel a bit better.

I will spend the rest of today working on my character.

“I prefer to be true to myself, even at the hazard of incurring the ridicule of others, rather than to be false, and to incur my own abhorrence.”

Off to meditate of renouncing all these possessions, to focus on being a decent and kind human. On humility and patience.  Have a peaceful and replenishing weekend all, thank you for reading along.

If you enjoy the content at iBankCoin, please follow us on Twitter
2019-12-13
Raul3
Share
Previous Gap down in range ;-) here is Thursday NASDAQ trading plan
Next For all intents and purposes it is already the year 2020 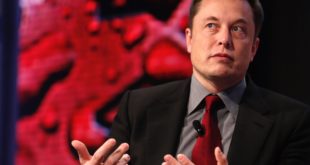 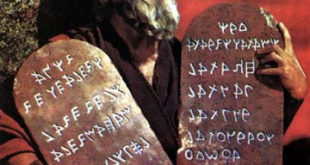 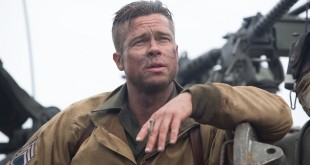