Remove Yourself From The Analysis 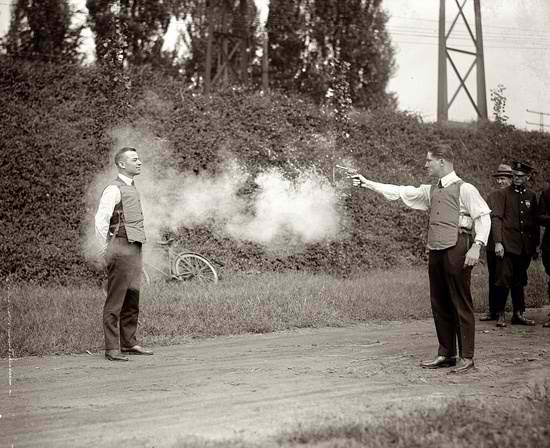 On losing days, my old routine used to be calling up some buddies and having a few beers, chalking it up as another hard lesson from the market.  I can always have this mentality because the money, I don’t depend on it.  I’ve always been told consistent profitability in the markets requires a low stress money situation.  I agree.  I absolutely can’t imagine being in a financial pinch and trading.  As for the jumpers, they’re simply cowards who can’t swing the poor life, thrift shopping and such.

Today really wasn’t as bad as I’m making it out to be, but frustrations were quickly compounded and before I knew it I was going ‘Full Gibson’ beating people over the head with rocks and such.  I played back the tape of my futures trading just now and the mistakes didn’t start until I made it about me.

I made it about me.  Not the markets, because some crazy shit went down that rattled me.  Let me explain:

The second trade takes off as soon as I get it in, looking great, gets to my exit, prints my target a few times, I don’t get filled and it slams down and takes me out break even.

At this point things are looking REALLY choppy and moving REALLY fast.  For the next 30 minutes all hell breaks loose, Raul taking funky ass unplanned trades.  Good God, it looks like I fired a machine gun at the screen.

Funny thing is, my last trade, a long…something was still firing in the old noggin…my exit looks like the most beautiful short entry you’ve ever seen.  The floor fell out seconds later for five handles, then many many more.

This all happens very fast you see.  I lost sight of the market.  I started having a very real and very strong feeling that the algorithms knew exactly where my stops and targets were, and they were fucking me. That’s paranoia…fear based nonetheless. Me, me, me, that’s what my internal dialogue sounded like.

Recognizing this, I cut almost all my risk out and pressed my cash to 65 percent.

Some names I just couldn’t let go of.  Here they are, presented by size (biggest-to-smallest):

I also hold some cheap lotto tickets in HPQ weekly calls and NFLX.

My fate as a trader lies entirely on backing off when conditions don’t favor my style of trading.  It’s something everyone has wrestled with I’m sure.  It’s never hit me this hard in my life, even though I’ve taken much larger financial blows.  I was furious.

It’s a learning experience as always, but this one left a lasting impression.