Dr. Fly 9
Home / Uncategorized / The Most Important Lesson From The 2016 Election

The Most Important Lesson From The 2016 Election

“Ya, but they disappear?”

I’ll be the first to admit I’ve said some very ignorant things on social media and to my friends and I’m not proud of it.  It’s actually pretty unnerving to read some of the things you’ve publicly said in the past.  I liken it to clothes and fashion; look back at a picture of yourself from 10 years ago and you will probably say to yourself “What the hell was I wearing and why?”.  Same goes for the dumb things you’ve said publicly on the main social media platforms TWTR and FB.  Why did I say that?  And publicly nonetheless.  The Ramp Capital TWTR feed is the only exception, that sarcasm level is and always will be 100.

We are in a culture shift with the rise of social media and smartphones.  We are always connected.  We are always trying to stay in the loop.  We are always trying to impress someone.  Thirty years ago they didn’t have to worry about these kinds of issues.  The only way you could get busted with dirt was if someone wire-tapped you or you got caught on TV or a private investigator followed you around to your shady deals and snapped pictures from a van in an alley.  Otherwise it was just he-said-she-said and you could deny until you die.

This will sadden many, but there is no way I could ever run for President.  I don’t want this revelation to stop anyone who was planning on writing my name in on the ticket this year.  I just have too much dirt on me hidden in the deepest and darkest quagmires of the Internet archives.  Is it on the level of HRC and Trump bad?  Not even close, but, I’m a Christian, so I have some sense of a conscience.

In 20 years it will be interesting to see how social media plays a bigger role in every election as dirt will be dug up through different platforms.  Do we just accept it as a part of life as long as they apologize?  Or does the next President have to stay off all social media so they can be portrayed as a saint?  Right now, the HRC camp has clearly been busted by the Wikileaks and regardless what MSM says you know those emails are legit.  But, she apologized for some things, albeit indirectly, or blamed Russia for hacking and then shifting the focus to Trump colluding with them, so she is portrayed as the saint.  Whereas Trump got busted saying dumb things as he always does (and people act shockingly appalled) but he doesn’t apologize, or at least he doesn’t apologize in the way that the media wants him to so he becomes the whipping boy.

Clearly we all want some of our information to be private and remain private because it is intimate to us.

But, make no mistake, there is no such thing as privacy anymore. 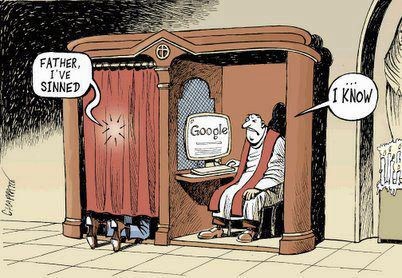