Fri Jun 21, 2019 6:45pm EST Comments Off on Save money on car expenses so you can invest it in the stock market 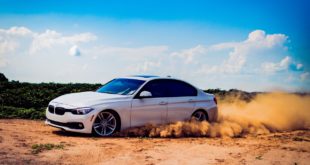 If you have car insurance with the same company for several decades and have not had a crash, your insurance carrier likes you, so they will be more likely to give you a discount. Auto insurance is an insurance plan that covers the driver’s costs for any out of pocket expenses that can occur after a car accident. However, it is not always true that having more expensive insurance premiums means that you get protected more against potential out of pocket costs from a car accident.

Costs Of Maintaining A Car

Having a car means that you are required to always take care of it. Cars can be quite expensive if you choose to pay all costs related to your vehicle out of pocket. If you purchase car insurance on the other hand with a company that has a good reputation., however, you will continuously be free to choose to upgrade your vehicle the way you would like it once you have committed to paying a monthly car insurance premium to protect your car from an accident. You should make sure that you compare insurance prices to ensure that you are getting the best deal for your money. No matter what car you have or the types of things you want to protect yourself against, or even the way you would like to pay for your premiums, you can cut costs by choosing your insurance plan carefully. You should also take into account the car insurance premiums before purchasing a new or used vehicle. If you take these steps, you are going to save money in the long term, which is a bonus. By applying such plans, an individual could save an outstanding sum of money on his car insurance policy cost.

If you can get cheap car insurance, you can use the money that you would otherwise be spending on car insurance into the stock market so that it can grow over time and let you make even more money later on in life. If you want to earn the most money that you possibly can and take the least amount of risk, you should try to attempt to diversify your stock exchange investments. On the other hand, if you wanted to be a bit more practical, you could set your money to work for you and invest it in one stock.

When you invest your money in stocks, it is possible to invest if you are beginning with a little sum of money. The stock exchange is a profitable investment because companies all around the world are selling shares. The way you make money through a stock exchange is by investing wisely and by knowing the value of the stock as well as its trajectory. Before you purchase any stock, it is vital to research all the characteristics of the stockholders, as this will predict if the stock is going to be valuable in the future. The more money you invest in stocks, the greater your possible return is, but the higher your potential loss can be, especially in the short term. Therefore, even if the value of the stocks in the short run is low, the value of the stock may go up in the future and vice versa. If you put money into stocks within a company, you own a share of that organization. Stocks represent ownership in an organization. If this stock does poorly, or the business goes bankrupt, you will likely lose a significant amount of money. Therefore, if you are thinking about how to put money into stocks online, you should purchase a stock at an affordable price and sell it at a higher price for a small profit when the business is performing well.

END_OF_DOCUMENT_TOKEN_TO_BE_REPLACED

4 of the Most Common Cars in Large US Cities 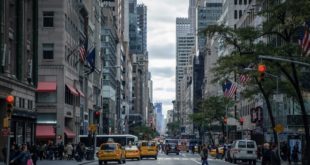 Car trends differ from state to state and even city to city. Many of the most common car trends are representative of the needs of the people in that environment. Things such as climate, location, road conditions, as well as expected milage are all common factors when it comes to what the common car trends are within your area. When it comes to large cities there are other things to consider such as cars that do well within city traffic. The size of the car is another variant that is prominent when picking a car in large city living. All of these things were considered when suggesting this vehicles.

The Toyota Prius is a great car for city living. The major benefit of this car is the fuel efficiency. The Prius supports incredible gas mileage especially with stop and go traffic that is ever present in large cities. The hybrid design of the car allows for this great gas mileage that, depending on the model, can range from 40 miles per gallon all the way to upwards of 50 miles per gallon in the city. Another major benefit of the Prius is its cost. Especially when compared to other hybrids. Finding a Prius used car for sale Seattle, is commonplace due to the Prius being better for the environment when compared to its contemporaries.

The Volkswagen GTI is a great compact car. This car is great for city driving due to its size. While it is compact for street parking, and navigating tight city quarters, it also offers lots of space. The back seats when folded down offer more space than many of its competitors. Another huge benefit of this car is its safety rating. The car also offers some nice acceleration as well as tight handling, making it an enjoyable car to drive. The Volkswagen GTI can be a great option for city driving.

The Honda CR-V is one of the better options to enjoy both worlds. Although the CR-V is considered an SUV, its length comes in right around 15 feet depending on the model. Which isn’t much bigger than some of the other smaller, compact cars on this list. All the while boasting upwards of double the cargo space. The CR-V is also popular as a family car, which can be beneficial depending on your situation. This is one of the best options for people looking for the SUV size in a large city atmosphere.

The Chevy Bolt is an all electric car variant, and that is the biggest draw for it being on this list. When in bumper to bumper traffic is where the Chevy Bolt really shines. With one of the longer lasting battery charges on the electric vehicle market, you will never need to worry too much about running out of charge with city driving. The price of the Bolt can be hefty, when compared to other options on this list. But with a compact length, saving on gas expenses, and environmental factors included the Chevy Bolt is a great option for large city driving.

END_OF_DOCUMENT_TOKEN_TO_BE_REPLACED 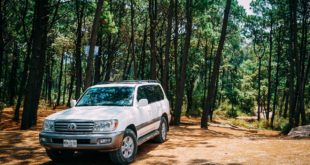 Japan has had a huge impact on the American automotive landscape. Not just by the increased ownership of Japanese cars, there are plants in America and lots of Japanese cars have gained popularity in the U.S. due to films such as The Fast and The Furious series. Needless to say, Japan has made taking the automotive industry in America by storm.

Many Americans earn a living in Japanese manufacturing plants. Many of them have been operating in the Southern United States for decades. People who are employed working at these plants are making significantly more than minimum wage become loyal to them. It isn’t a shock that the top 6 best selling cars in the US of 2018 were Japanese.

So not only does this boost the local economy with jobs, but it builds brand authority across a foreign company. manufacturers such as Pontiac, Saturn and Oldsmobile have fallen by the waist side, while Honda, Toyota, and Nissan, to name a few, have flourished in America. Tennessee, Georgia, Kentucky, and Texas all have plants and Indiana, Ohio and Mississippi have two.

In other words, there are as many Ford plants in America as all of the Japanese plants combined. And GM isn’t too far ahead but is gradually shutting factories and divisions, while more Japanese factories being built.

The Impact on American Racing

NASCAR is a surprising example. of the major American companies have always dominated the landscape of racing. until recently that is. Since joining NASCAR Toyota has recently won 2 Cup Series Championships and plenty of races. Meaning their Camry has bested cars such as Chevy’s Impala and Camaro, Ford’s Fusion and Mustang, and Dodge’s Charger, which doesn’t even compete in NASCAR anymore.

There’s an old saying, “Win on Sunday, Sell on Monday” and it definitely true among racing fans. And regardless of whether you watch racing, the teams that win more races can spend more money on advertising, research and development.

But it doesn’t end there since corporations have more faith in their product when beats the competition at the highest levels of racing.

Honda has their hands in Formula 1 as an engine supplier for Red Bull Racing. In Indy Car Racing, they have been the dominating force for many decades and are the reigning manufacturer’s champion, an honor that belonged Chevrolet for the past 6 seasons. This is all the proof some people need when car shopping. It’s no wonder that Toyota and Honda alone own 25% of the American market.

Many Americans Own Japanese Cars

But this doesn’t go both ways. While there are millions of Japanese cars on the roads of America, there are not nearly as many American cars being driven in Japan. The previous two topics might explain why so many Japanese cars are seen in America, but not why it’s so rare to see an American riding around in Japan.

The best way to explain this is quality. Americans aren’t mindlessly buying Japan because the internet tells their good cars, it’s the other way around. There are massive databases of reviews online. Most people want the best value on the most reliable car. It just so happens to be the Japanese vehicles such as the Toyota Camry and the Honda CRV.

Japanese manufacturers have changed the way people view Japanese cars by building more plants, dominating racing, and building quality vehicles. And while America plans on building plants in Japan, It’s doubtful that it will instantly change the landscape right away.