Feel Great and Save the World with a Vegan Diet

philoscarson Tue Jul 31, 2018 11:44am EST Comments Off on Feel Great and Save the World with a Vegan Diet 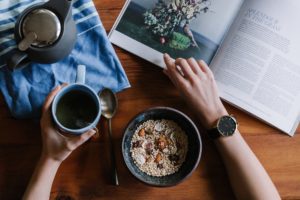 A vegan diet is more than a throwback hippie trend; it’s lifestyle choice that can save both your health and the planet. If you are one of the many Americans questioning their relationship with the environment and the eating habits that are making us one of the least healthy developed populations on Earth, a vegan diet plan is a one-stop solution to both problems.

What is a Vegan Diet?

Vegetarians don’t eat meat, fish, or poultry, but most are open to consuming and using animal products such as eggs, milk, wool, beeswax, leather and fur. Vegans, however, live an entirely plant-based lifestyle without the use of any animal products. If this sounds tough, it can be, but for most vegans, it’s a matter of both health and social conscience. The good news is that choosing to live a life free of animal products is getting much easier.

What Makes a Vegan Diet Healthy?

In a nutshell, a naturally low-calorie vegan diet emphasizes the foods most recommended by health professionals, while eliminating those that are known to cause disease. In a 2016 position statement, the Academy of Nutrition and Dietetics heralded the benefits of a vegan diet for all life stages saying that vegans are at reduced risk of heart disease, type 2 diabetes, hypertension, obesity and certain types of cancer due to their low intake of animal fats and high intake of plant-based foods that are rich in fiber and disease-fighting phytochemicals.

By consuming only plant-based foods, vegans also avoid the hormone and antibiotic residue found in most animal products. Fear that the human intake of antibiotics fed to meat animals is contributing to the epidemic of drug-resistant bacteria, Canada and many countries in the European Union have banned their use in feedlots. In the United States, however, it remains legal.

A diet that includes meat has profound environmental consequences. Consider these eye-opening facts.

– It takes 16 pounds of grain to produce one pound of beef.

– It takes nearly 100 times more fresh water to produce a single pound of meat than to grow a pound of wheat.

– More than 260 million acres of oxygen-producing forests in the United States have been cleared to grow grain to feed farm animals.

Vegans are environmental superheroes. A plant based diet keeps over a ton of greenhouse gasses out of the atmosphere every year and for every pound of meat not eaten, enough fresh water for six months of showers is saved.

If the benefits of a vegan lifestyle are attractive, but life without animal products sounds like a lot of work, the good news is that the market is responding. As veganism goes mainstream, cost-effective plant-based food, clothing and cosmetics are everywhere.

Meatless Monday, an international effort to promote the benefits of a vegetable-rich diet, has taken off in thousands of restaurants worldwide and for busy home cooks, farm food cooperatives and vegan food delivery services are growing exponentially.

For easy vegan meals that will please the whole family, try these timesaving tips:

– Cut and bag vegetables once weekly to have ingredients ready for salads, soups, stir-fries and casseroles.

– Fruit and vegetable smoothies are kid-friendly, portable and convenient.

– Take advantage of fresh fruit platters and prepared produce at the supermarket.

Start now and by the end of the day, the world will already be a better place. Few changes in life are as deeply impactful as adopting a vegan diet. It takes practice, but after feeling and seeing the benefits, you will wonder what took you so long.