How Blockchain Technology Will Revolutionize the Stock Market 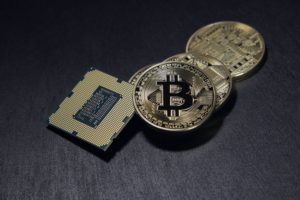 The stock market in the current economy is a monolith with a history that dates back hundreds of years. Although entities such as banks and transfer agents have used modern technology to increase the efficiency of investing and trading, it still works in much the same way it always has. There is a centralized record that keeps track of ownership, stocks and trades. Every single transaction that occurs has to go through one of these central record holders before it can be completed. In recent years, however, a new technology called blockchain has emerged that could change the very fabric of how the stock market works.

The blockchain is a peer-to-peer network of computers, called nodes, that keep track of a series of transactions, the chain. Each node holds the entire chain of transactions and they work together to verify any new transactions that are added. Such a system could cut out the middlemen and create a distributed network in the stock market. This could allow investors to transfer shares directly, with the network itself doing the work of storing the information and ensuring data is correct. The implications of such virtual bookkeeping services based on blockchain technology are far reaching.

One clear way in which blockchain would change the stock market is its instantaneous nature. Every action could be completed almost immediately, making shares a much more liquid asset than they are right now and encouraging more investment into any stock exchange which uses blockchain. In finance, speed is vital.

Imagine having an army of computers at your fingertips who’s only job is to record your shares and make sure everything is in order. If you want to make a transaction, the network makes sure that both parties have what they agree upon before finalizing the deal. With this dlp system in place fraud, tampering and simple human error would become much more difficult to accomplish. As shares are bought and sold, and investments are made, the information is recorded and verified with every node in the network. Any mistake or malicious action would be caught quickly.

With the complete history of the stock market available on the chain, there would be total transparency. Transactions and more would be available for anyone to see, including data mining and analytics tools. Economic crisis similar to that in 2008 could be avoided by finding trends and anomalies in the market before it is too late.

Lastly, the sheer cost of doing business in the stock market would go down. Central entities would no longer need to record and verify transactions themselves, which is an astounding amount of data and operating costs. This would be done automatically by the blockchain as the technology behind the stock market.

The benefits promised by blockchain are not only theoretical. There are already experiments in its use in the market today, all around the world. VC investors have given millions of dollars to revolving around using blockchain in the stock market. Funderbeam, a startup creating a blockchain stock market, has raised $2.6 million dollars and exists now as an example of what the future could hold.

In addition, the Santiago Exchange in Chile has teamed with IBM to implement blockchain into parts of its financial systems. This Exchange is in the company of such entities as the London Stock Exchange, the Australian Securities Exchange and Nasdaq, all of whom are also looking to use this technology to their advantage. There is no doubt that it will change the future of the stock market.

The financial world clearly sees advantages to this emerging technology. The speed, security, transparency and cost of basing transactions on a distributed network means that the market could soon be a much different playing field than it is today. Shares could be bought and sold quickly without fear of error or fraud, at a cheaper price overall.