Banks Make It To The Weekend Top 100

Obama Cares Not For You

“Election rhetoric shuns the big picture in favor of the bigger platitude. Now that The Show is over, we are left with the equivalent of a Sunday morning hangover following a binge of promises and lies. We leave the theatre of political spectacle on steroids for the real world of unstable economy, a globally and publicly subsidized financial sector, and increased costs of living on everything from food to education to health-care; outpacing declining median incomes. The average cost for health insurance for a family is $15,745per year vs. a median income of $50,502, or about half post-tax take-home pay.

“Obamacare” is the name commonly used for the Patient Protection and Affordable Care Act (PPACA) of 2010. The very moniker is indicative of how name-and-image-centric our world has become; Medicare was never called “Johnsoncare” when President Johnson signed it into law in 1965 and Johnson was not exactly a man of small-personality. At any rate, Obamacare or the PPACA ranks as one of the most misrepresented issues from the campaign, by both sides of the ever-slimming aisle.

The Tea-Party Conservative types get it embarrassingly wrong when they call it a “government takeover of health care.” Likewise, Progressive Obama-supporters are deluded in accepting it as the most sweeping healthcare reform since Medicare. (Side note: I wish the word ‘sweeping’ could be retired from politics until it actually means -sweeping.)

Here’s why. The PPACA does nothing to restructure the health insurance industry, anymore than the Dodd-Frank Act restructures the banking industry. This means everything else it attempts to do, positive or negative, will be vastly overshadowed by an industry accelerating to morph itself into a acquisition machine in order to circumvent anything that even smells like a restriction, including laws that exist and ones to come.

Investment bankers are roaming the world to exploit this hot new opportunity. That’s one reason insurance companies don’t even call themselves that anymore. Now, they are ‘managed health care’ companies. Call yourself a managed health care company, and you can buy everything from other insurance companies to hospitals to clinics to doctors. The more consolidation, the more fees bankers rake in, and the more premiums and medical reimbursements and health care procedures, each company can control.”

END_OF_DOCUMENT_TOKEN_TO_BE_REPLACED

Perhaps a symbolic uprising, but an interesting development none the less….

END_OF_DOCUMENT_TOKEN_TO_BE_REPLACED

“The European Union is closer to settling how to apply Basel bank capital rules to its lenders after officials and lawmakers drafted potential compromises on parts of the regulatory overhaul.

Officials and lawmakers said a deal on the legislation was in sight following negotiations in Brussels. The measures, known as Basel III, would more than triple the core capital that lenders must hold as a buffer against insolvency, and require banks to meet minimum liquidity rules. The European Parliament has called for curbs on banker bonuses, too.

There “was a good atmosphere and a political willingness to solve the problems,” said Othmar Karas, the EU Parliament lawmaker leading the work on the draft rules. “I think we’ve done a good job today.”

END_OF_DOCUMENT_TOKEN_TO_BE_REPLACED

A good read to see just how far we have not come in politics.

END_OF_DOCUMENT_TOKEN_TO_BE_REPLACED

Mon Nov 12, 2012 10:29am EST Comments Off on Medicaid Expansion To Poorest Southerners Denied By Republicans

“If you’re poor and you live in the South, there’s a good chance health care reform won’t reach you. Intransigent Republican governors from Florida to Texas remain steadfastly resistant to President Barack Obama’s plan to expand Medicaid to their neediest constituents.

The health care reform law Obama enacted in 2010 depends heavily on Medicaid, a joint federal-state health benefits program, to reach the goal of near-universal health care. If every state participated, 17 million uninsured people would gain coveragethrough Medicaid and the Children’s Health Insurance Program between 2014 and 2022, according to the Congressional Budget Office. The law extends Medicaid to anyone who earns up to 133 percent of the federal poverty level, which is $14,856 this year.

But at least a half-dozen governors say they simply won’t go along with the law. When the Supreme Court upheld Obamacare in June, justices ruled states could opt out of the Medicaid expansion. The decision threatens to leave 3 million of the poorest Americans without health coverage, the Congressional Budget Office predicts.”

END_OF_DOCUMENT_TOKEN_TO_BE_REPLACED

Mon Nov 12, 2012 8:15am EST Comments Off on Obama Drums Up Outside Support to Raise Taxes for Fiscal Cliff Resolution

“President Barack Obama is working to enlist outside support for his position that high-income people pay more taxes as he heads into negotiations with House Speaker John Boehner on how to avoid the so-called fiscal cliff.

END_OF_DOCUMENT_TOKEN_TO_BE_REPLACED

Mon Nov 12, 2012 8:10am EST Comments Off on Money Managers Like PIMCO to DWS Say Investor Fears are Overblown Regarding Fiscal Cliff and its Consequences

“The world’s biggest investors say the rout that erased $1 trillion from the value of global equities after President Barack Obama was re-elected overlooks the fact that the world economy is improving while U.S. leaders start discussions that may avoid the so-called fiscal cliff.

Money managers at firms overseeing more than $8 trillion said investor concern that the U.S. economy will slow as Obama and Congress fail to avert $607 billion in tax increases and spending cuts next year are overblown. U.S. stocks had the biggest weekly decline since June while yields on Treasuries fell to two-month lows and gold advanced the most since September.”

END_OF_DOCUMENT_TOKEN_TO_BE_REPLACED

GOP Hints at Compromise Again to Save Face

After being defeated with president elect Romney, the GOP may be lightening up on gridlock in order to save face. The NYT is reporting that Boehner is telling his caucus to get in line. This may be an opportunity to save the markets from getting really bloody.

END_OF_DOCUMENT_TOKEN_TO_BE_REPLACED

Sat Nov 10, 2012 11:56am EST Comments Off on The EU Will Have a Hopium Meeting Next Week After Previously Failed Talks on Sovereign Debt Crisis

END_OF_DOCUMENT_TOKEN_TO_BE_REPLACED

Sat Nov 10, 2012 11:51am EST Comments Off on Obama and Boehner May Rehash Failed Debt Talk Plans to Avoid the Fiscal Cliff

“The blueprint for a deal to avoid a fiscal nightmare early next year may be found in the failed debt negotiations between President Barack Obama and House Speaker John Boehner in mid-2011.

Part of their talks on a $4 trillion deficit-cutting plan included a gradual increase in the Medicare eligibility age to 67 and an alternative yardstick for calculating inflation that would reduce annualSocial Security cost-of-living adjustments.”

END_OF_DOCUMENT_TOKEN_TO_BE_REPLACED

The EU Joins the U.S. in Raising Tariffs on Chinese Solar Panels

Thu Nov 8, 2012 8:21am EST Comments Off on The EU Joins the U.S. in Raising Tariffs on Chinese Solar Panels

“The European Union stepped up the threat of tariffs on solar panels from China by probing alleged subsidies to Chinese manufacturers already accused of unfair price undercutting in the biggest EU trade dispute of its kind.

The EU decision to open the inquiry into whether Chinese solar-panel exporters receive trade-distorting government aid comes amid a separate European investigation into allegations that they sold in the 27-nation bloc below cost, a practice known as dumping.”

END_OF_DOCUMENT_TOKEN_TO_BE_REPLACED

Wed Nov 7, 2012 9:42pm EST Comments Off on Nigel Farage Tells Merkel Britain Can Not Follow in the Footsteps of the EU

END_OF_DOCUMENT_TOKEN_TO_BE_REPLACED

A new Grecian formula has been passed. How will the natives react ?

END_OF_DOCUMENT_TOKEN_TO_BE_REPLACED

So much for yesterday’s rally.  With a decline of 2.2%, the DJIA is on pace for its fifth worse one day decline following a Presidential Election Day since 1900.  The worst one day decline came in 2008 when the S&P 500 dropped 5.0% following Barack Obama’s election.  Interestingly, while stocks have typically performed better under Democratic administrations, the five worst one day reactions to a Presidential Election all came following Democratic victories (gray shading).

END_OF_DOCUMENT_TOKEN_TO_BE_REPLACED

“U.S. Senate Majority Leader Harry Reid pledged to use the expanded number of Senate Democrats to push for a “balanced approach” to reaching a year-end deficit- reduction agreement.

The Nevada Democrat spoke to reporters a day after Democrats increased their Senate majority over Republicans by two seats, from the current 53-47 to 55-45 if a Maine independent caucuses with Democrats as expected.”

END_OF_DOCUMENT_TOKEN_TO_BE_REPLACED

How the Right Lost and the Future of the Party

Here is a good read on why the election turned out the way it did.

END_OF_DOCUMENT_TOKEN_TO_BE_REPLACED

Let the Partisan BS Go Away

Shit like this is funny, but not real and only hurts us as sheeple really believe this kind of stuff. 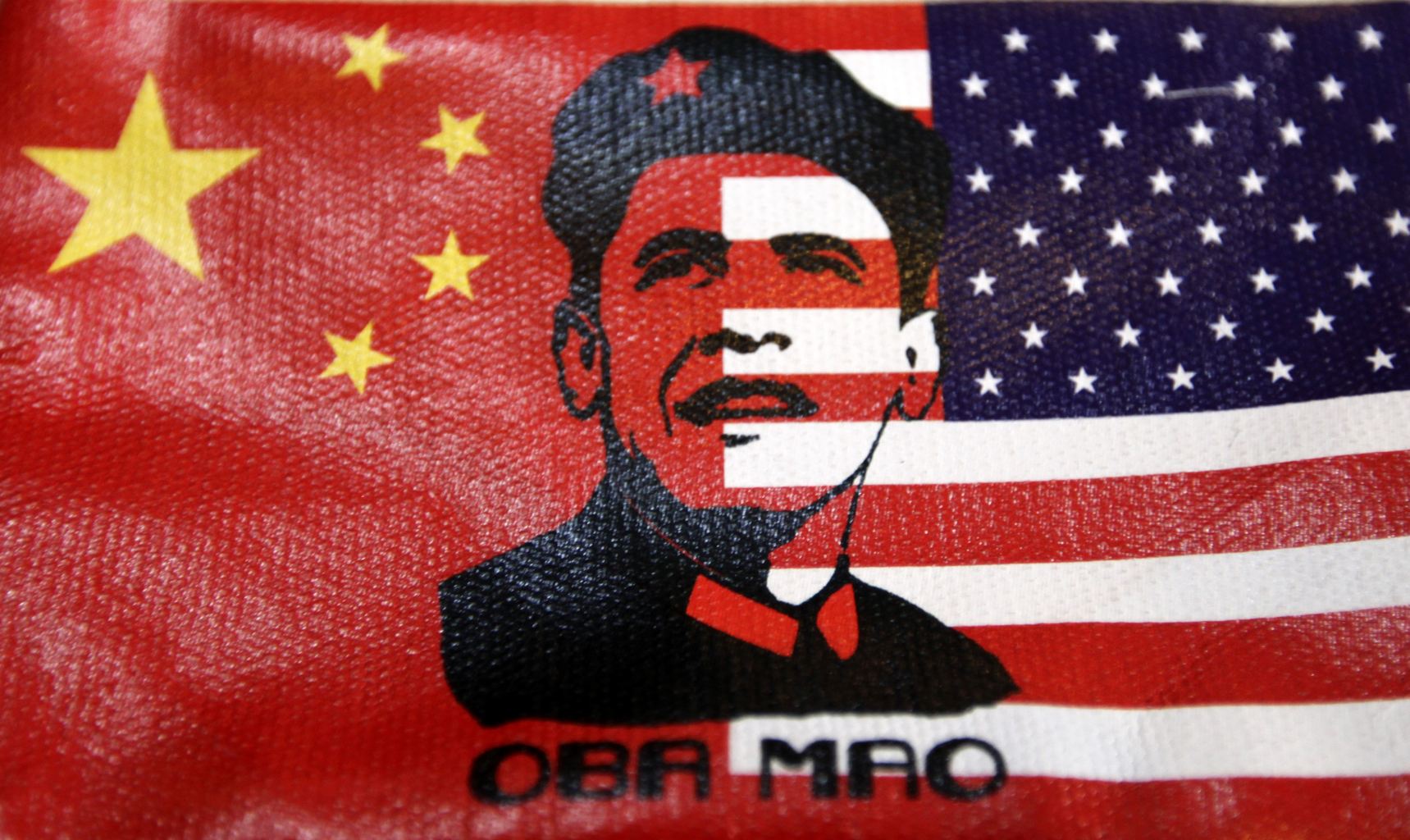 You don’t have to sing Kumbaya, but lets get back to compromise and moving this country forward.

END_OF_DOCUMENT_TOKEN_TO_BE_REPLACED

European markets whip around, (mostly in positive territory,)  as investors try to read the tea leaves between austerity imposed slowdown and QE…

END_OF_DOCUMENT_TOKEN_TO_BE_REPLACED

Warren beat Brown 54 percent to 46 percent in one of the most bitterly contested Senate contests of the year, AP reported. Polls taken before the election had shown Warren with a lead over Brown of 4 to 6 percentage points.”