We Only Trade SPACs Now

Wed May 16, 2012 11:11am EST Comments Off on FLASH: ECB Reported to be Discussing Freezing Lending to Greek Banks

The ECB is allegedly in discussion to suspend ELA lending.

END_OF_DOCUMENT_TOKEN_TO_BE_REPLACED

Merkel, and that New French Fuck, Hollande, Have An Offer For Greece They Cannot Refuse

German Chancellor Angela Merkel and French President Francois Hollande said they would consider measures to spur economic growth in Greece as long as voters there committed to the austerity demanded to stay in the euro.

Requests for measures to bolster growth will be “considered” and the European Union may also “approach Greece with proposals,” Merkel said today at a joint press conference with Hollande during his first official visit to Berlin. “Greece can stay in the euro area,” and “Greek citizens will be voting on exactly that.”

END_OF_DOCUMENT_TOKEN_TO_BE_REPLACED

Out of race for GOP Nomination

END_OF_DOCUMENT_TOKEN_TO_BE_REPLACED

HEADS ARE ROLLING (BUT NOT DIMON’S): 3 $JPM EXECS EXPECTED TO LEAVE THIS WEEK

END_OF_DOCUMENT_TOKEN_TO_BE_REPLACED

United States and British regulators have been in discussions with JPMorgan Chase for almost a month about the trading group that on Thursday disclosed more than $2 billion in losses, according to people with direct knowledge of the matter.

Developing on the SEC portion…

END_OF_DOCUMENT_TOKEN_TO_BE_REPLACED

The U.S. government posted a budget surplus in April, the first in more than three years, as tax revenue climbed and spending dropped.

Receipts topped outlays by $59.1 billion compared with a deficit of $40.4 billion in April 2011, the Treasury Department said today. Economists projected a $35 billion surplus, according to the median estimate in a Bloomberg News survey. It was the first surplus since September 2008 and the biggest since April 2008.

“The total federal budget deficit is slowly shrinking,” said Steven Wood, president of Insight Economics LLC in Danville, California. “However, this improvement has been halting, due largely to erratic economic and employment growth.”

END_OF_DOCUMENT_TOKEN_TO_BE_REPLACED

Maybe they shouldn’t have agreed to those cuts in the first place? Fucking idiot Tea Party freshmen.

The House of Representative has voted to change the terms of last summer’s debt-ceiling deal, in order to protect the Pentagon from some automatic spending cuts.

END_OF_DOCUMENT_TOKEN_TO_BE_REPLACED 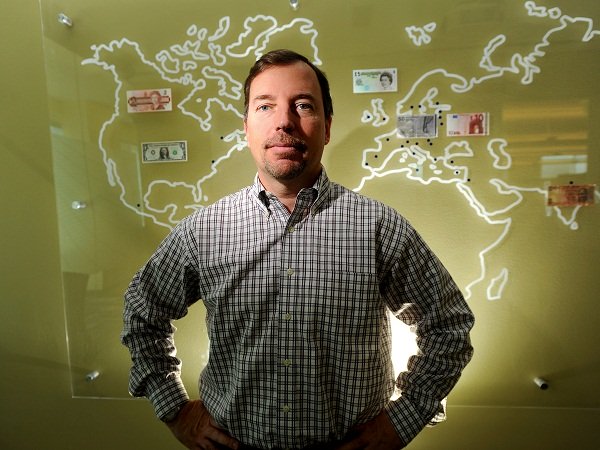 Scott Thompson, PH.d, esq, CEO and Lt. General of Yahoo! and the US Marines-ASSHAT

Despite having three doctorate degress in quantum physics, being a Lt. General in the US marines and a super successful defense attorney for the world’s largest charity, Scott Thompson is a fucking ASSHAT because he works for Yahoo. There is so much to be said about Scotty and I contemplated posting this under my blog, instead of news; but that would cheapen the severity of my charge, wouldn’t it?

This is NEWS, fuckers, and Scotty is a lying cocksucker, who believes his fancy pants degrees and high brow position at charities and militaries makes him better than the rest of us.

I am siding with Daniel Loeb and calling for the immediate removal of Mr. Thompson and nominate myself to run Yahoo. I’ll teach those fuckers how to dominate again, through sheer violence and outright belligerency.

More on this wonderful tale.

END_OF_DOCUMENT_TOKEN_TO_BE_REPLACED

This Just in from the Land of Sodomy: New Greek Leader Calls Bailout ‘Null’ by ‘Popular Edict’

Tue May 8, 2012 9:39am EST Comments Off on This Just in from the Land of Sodomy: New Greek Leader Calls Bailout ‘Null’ by ‘Popular Edict’

At a press conference in parliament, Alexis Tsipras has said that the country’s commitment to an EU/IMF rescue deal has become null after voters rejected pro-bailout parties in Sunday’s election. “The popular verdict clearly renders the bailout deal null.”

He said said that Antonis Samaras and Evangelos Venizelos must take back their written support for the memorandum – by writing a letter to Brussels informing them of this. He presented his policy platform which he said was based on 5 pillars:

1. Immediate begation of the memorandum
2. Negation of all coming measures that will affect all aspects of employment law
3. Immediate changes to election legislation and negation of the ministerial culpability law
4. State control of banks
5. The creation of an international auditing body, with the purpose of finding a serious and logical solution to Greece’s debt repayment.

He once again extended his hand to all powers of the left, praising KKE’s position on protecting the unemployed and said that he still aimed at forming a government with all parties supporting leftist and eco-friendly ideology.

He noted that the formation of a coalition government with New Democracy and Pasok, was not possible for they were not looking at saving the nation, but saving the memorandum.

END_OF_DOCUMENT_TOKEN_TO_BE_REPLACED

REVENGE FOR THE U.S.S. COLE BOMBING

WASHINGTON — A senior Qaeda militant in Yemen linked to the deadly bombing of an American warship there in 2000 was killed in an airstrike on Sunday, the Yemeni government said, in the latest sign of an escalating American campaign to counter the terrorist threat there.

END_OF_DOCUMENT_TOKEN_TO_BE_REPLACED

EURO CHART IN DANGER OF TAKING CHUNNEL TO BREAKDOWN

Sun May 6, 2012 6:59pm EST Comments Off on EURO CHART IN DANGER OF TAKING CHUNNEL TO BREAKDOWN 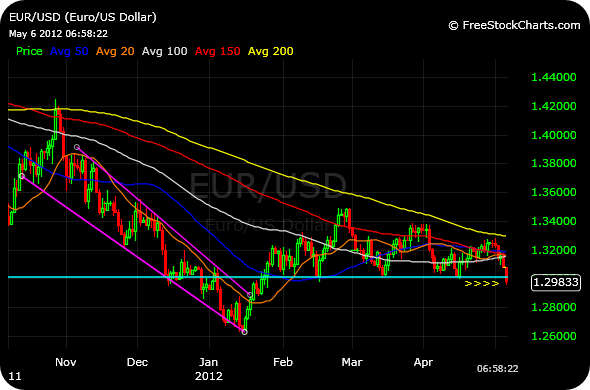 END_OF_DOCUMENT_TOKEN_TO_BE_REPLACED

“Euro leadership, especially Ms. Merkel, need to understand that austerity policies are over”. “The parties that signed the memorandum of agreement are a minority. Their signatures are not legitimate” .

END_OF_DOCUMENT_TOKEN_TO_BE_REPLACED

FLASH: SARKOZY VOTED OUT IN FRANCE

Say hello to the socialist, Hollande.

NOTE: French turnout was over 80%. Can you say referendum?

END_OF_DOCUMENT_TOKEN_TO_BE_REPLACED

Investigators have arrested two brothers from Cuba in a mysterious $80 million drug caper that included an elaborate scheme complete with repelling rope and disabling the alarm system.

END_OF_DOCUMENT_TOKEN_TO_BE_REPLACED

UPDATE: Hearing that it is a suicide (CBS NY)

TMZ is reporting retired NFL star Junior Seau is dead, and the police are investigating a shooting in his home:

Cops are currently at Seau’s home just outside San Diego. Seau was 43-years-old … and leaves behind 3 kids and an ex-wife.

END_OF_DOCUMENT_TOKEN_TO_BE_REPLACED

At least 17 people were also wounded in the assault, most of them Afghan children on their way to school, the Interior Ministry said.

The second major assault in Kabul in less than three weeks, the attack highlights the Taliban’s continued ability to strike in the heavily guarded capital even when the city is on its tightest security for a combination of events — the Obama visit and Wednesday’s anniversary of the killing of Usama bin Laden in neighboring Pakistan.

The attack started around 6 a.m. in eastern Kabul with a series of explosions and gunfire ringing out from the privately guarded compound known as Green Village that houses hundreds of international contractors. Shooting and blasts continued for hours later as militants who had stormed into the compound held out against security forces, according to an official who spoke on condition of anonymity because he was not authorized to release the information.

END_OF_DOCUMENT_TOKEN_TO_BE_REPLACED

“The U.S. Securities and Exchange Commission has opened an informal inquiry into Chesapeake Energy’s well participation program with Chief Executive Officer Aubrey McClendon, a source familiar with the matter said on Thursday.

The SEC inquiry is being led by its Fort Worth, Texas, regional office, the source said. The inquiry comes after Reuters exclusively reported about loans McClendon had obtained to participate in a co-investment deal with Chesapeake [CHK  18.17

The company, which is poised to end the controversial program that gave McClendon an ownership stake in its wells, said on Thursday its directors never reviewed or approved the executive’s mortgages on those wells.

The statement contradicts Chesapeake’s assertion last week that its board of directors was “fully aware” of McClendon’s financing transactions around the well ownership stakes.

“The Board of Directors did not review, approve or have knowledge of the specific transactions engaged in by Mr. McClendon or the terms of those transactions,” the company said in a statement on Thursday….”