Korea bounced by 1.7% and Australia and China were up modestly. Hong Kong was the one outlier, still sitting with minor losses. As of now, US futures are pointing to a flat to slightly down open.

Copper, gold and natural gas are up less than 1% and the dollar is modestly higher.

Crack spreads have rebounded off session lows, now down about 0.25%.

END_OF_DOCUMENT_TOKEN_TO_BE_REPLACED

In a press conference just a short while ago, Governor Ishihara of Tokyo had this to say:

“I received a report this morning that there was an important change of data,” Gov. Shintaro Ishihara said at a news conference. “I heard that it will not immediately cause health problems.”

END_OF_DOCUMENT_TOKEN_TO_BE_REPLACED

UPDATE: workers will be allowed back on site once radiation levels drop.

END_OF_DOCUMENT_TOKEN_TO_BE_REPLACED

Asia Sells Off on Fears of Japanese Contraction

The NIKKEI is still up 4%+. However, most Asian markets, led by Hong Kong (-0.5%) are weakening due to fears that weak Japanese end user demand will crush their economies. Most south Asian economies depend heavily on Japan, being a main destination for their low quality shit. For example, Japan makes up 13% of Thailand’s export market.

It’s worth noting, Japanese futures are up just 2%, indicating a drop of 2% is in the cards when those lazy bastards come back from lunch.

END_OF_DOCUMENT_TOKEN_TO_BE_REPLACED

Flash: Tokyo Electric Indicating Down Another 25%

Shares declined by 25% yesterday and will be getting donkey punched again today, once they have the courage to resume trading.

END_OF_DOCUMENT_TOKEN_TO_BE_REPLACED

Refining margins are up 53% since Thursday. Of Japan’s 4.3m b/d of capacity, Morgan Stanley is suggesting just 1.4m b/d is offline. Moreover, because of the extensive damage to the refineries at JX and Cosmo, supply is likely to remain offline for an extended period of time.

At the present, due to Japan’s nuclear power plants turning the Northeast corridor of its country into a wasteland, they will need to import at least 317b b/d of oil and 2.1bcm of gas. They will use said fossil fuels to restart their thermal power plants, now idle at 26% capacity (oil) and 57% (gas). In order to afford their citizens with electricity, and other such luxuries, they will likely bring capacity up to 70% and 65%, respectively.

Hence the need for foreign oil.

END_OF_DOCUMENT_TOKEN_TO_BE_REPLACED

In Tuesday’s session, crack spreads fell by more than 6%, as investors liquidated any and all commodities. During tonight’s session, thus far, the spreads are working against the interests of the refiners, down 1.3% to $22. With oil rising nearly 1% and gasoline and heating oil up less than 0.3%, the greaseballs over at VLO and WNR will need magic wands and hypnotism machines to keep investors faithful.

END_OF_DOCUMENT_TOKEN_TO_BE_REPLACED

Crisis Over: NIKKEI Opens Up 6%

END_OF_DOCUMENT_TOKEN_TO_BE_REPLACED

Despite prognostications of the world ending inside of a nuclear cloud, U.S. corporations are in the midst of a profitable renaissance. Margins are expected to climb by 8.9% in 2011, allowing CEO’s to raise dividends.

However, it’s worth noting, they have little to no interest in hiring lazy Americans to make their cheap goods. They much prefer the slave camps at FOXCONN to man the whip. 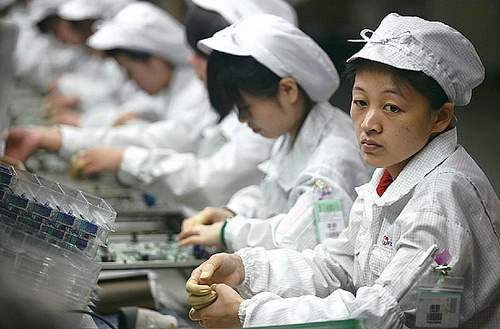 END_OF_DOCUMENT_TOKEN_TO_BE_REPLACED

And Another Chinese Trading Halt: SDTH

I am convinced; they are all scams.

The NASDAQ Stock Market® (Nasdaq:NDAQ) announced today that the trading halt status in ShengdaTech, Inc. (Nasdaq:SDTH) was changed to “additional information requested” from the company. Trading in the company’s stock had been halted on March 15, 2011 at 7:55:20 a.m. Eastern Time for “news pending” at a last sale price of $3.551. Trading will remain halted until ShengdaTech, Inc. has fully satisfied NASDAQ’s request for additional information. “

END_OF_DOCUMENT_TOKEN_TO_BE_REPLACED

It’s being reported that the nuclear reactor at Fukushima is on fucking fire.

END_OF_DOCUMENT_TOKEN_TO_BE_REPLACED

GE is into making defective nuclear bomb plants, then having their engineers resign and shit.

END_OF_DOCUMENT_TOKEN_TO_BE_REPLACED

Based on the newly founded hatred for nuclear bombs posing as power plants, investors are bidding up solar names.

END_OF_DOCUMENT_TOKEN_TO_BE_REPLACED

A Chinese Copper Disaster in the Making

Chinese banks are in the business of extending loans to people against copper inventories. It gets better.

…buy copper on credit, take delivery of said copper, sell said copper at full price to market, then post the returns in higher yielding assets until the due date for the full payment of the letter of credit arrives — in most cases some 180 days later.

Get it? In other words, the Chinese are extending credit for the explicit purposes of commodity speculation, not so much different than our banks blowing up the housing market with hot money to homeless guys in need of a Mcmansion. Moreover, this sort of fucked up banking is not exclusive to just copper. Basically, ALL COMMODITIES CAN BE USED AS COLLATERAL for cold hard cash. Essentially, people have 180 days to pay for the copper once it’s delivered into the country—“inventory financing.”

Now you know why copper demand is so high. However, the billion dollar question is: where is all that “inventory financing” money going? And, what will happen to said investments should the price of copper begin to unwind and trade lower? 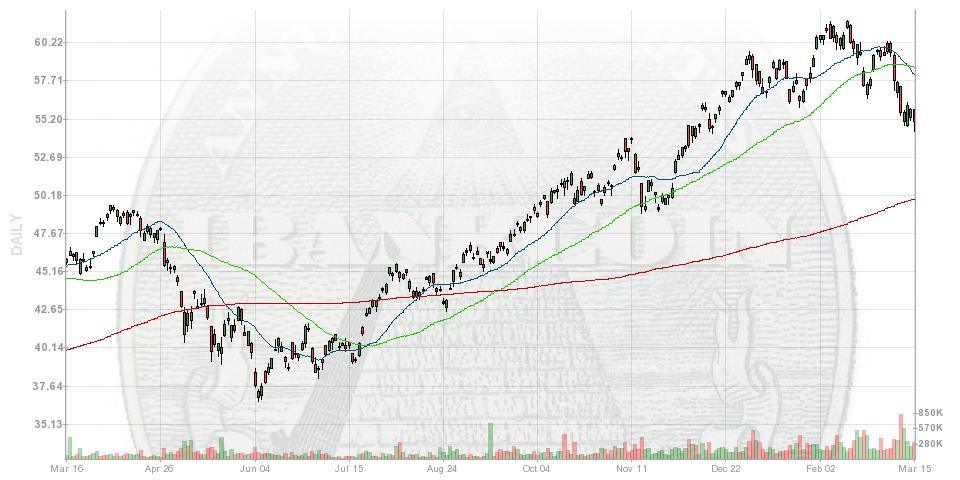 END_OF_DOCUMENT_TOKEN_TO_BE_REPLACED

Raw Commodities Are Getting Hammered

Stocks are not the only asset class getting poleaxed, so are raw commodities.

Data provided by The PPT

END_OF_DOCUMENT_TOKEN_TO_BE_REPLACED

The following stocks are outperforming, despite today’s carnage.

END_OF_DOCUMENT_TOKEN_TO_BE_REPLACED

Top Performing ETF’s at the Open

END_OF_DOCUMENT_TOKEN_TO_BE_REPLACED

U.S. Futures Bounce off the Lows

In a recent press conference, government spokesman, Yukio Edano, said radiation levels outside of Fukushima were not at dangerous levels.

US futures have moderated a bit and are barely down 200.

Related: the fireman company posing as some sort of high tech electricity firm, Tepco, was placed on credit watch negative by the pigs at S&P.