TECH STOCKS BUST LOOSE TO THE UPSIDE -- WHAT'S NEXT?

You have seen the federal government give away corporate welfare for..well what seems like decades only to see jobs move off shore. What makes local governments think they can master the art of the deal with corporations ?

END_OF_DOCUMENT_TOKEN_TO_BE_REPLACED

Global PMI Data Dump For You to Chomp On….Crazy Taste

HEADS UP: The world’s biggest economies will release their November manufacturing PMI reports starting at 7:01 PM EST, and this is our scorecard.

On Friday, China’s National Bureau of Statistics released the country’s official PMI.  The number increased from 50.2 in October to 50.6, which was a bit shy of the 50.8 expected by economists.  However, the internal measures of the report confirm that growth probably bottomed in Q3 and that the economy was accelerating again.

At the beginning of each month, Markit, HSBC, RBC, JP Morgan and several other major data gathering institutions publish the latest local readings of the manufacturing purchasing managers index (PMI) for countries around the world.

Each reading is based on surveys of hundreds of companies. Read more about it at Markit.

These are not the most closely followed data points.  However, the power of the insights is unparalleled. Jim O’Neill, Chairman of Goldman Sachs Asset Management, believes the PMI numbers are among the most reliable economic indicators in the world.  BlackRock’s Russ Koesterich thinks it’s one of the most underrated indicators.

END_OF_DOCUMENT_TOKEN_TO_BE_REPLACED

Boehner to Geithner and the White House: Proposals are Almost Comical

Sun Dec 2, 2012 1:22pm EST Comments Off on Boehner to Geithner and the White House: Proposals are Almost Comical

END_OF_DOCUMENT_TOKEN_TO_BE_REPLACED

Geithner: Republicans Will Agree To Tax Hikes On Super Rich

The volley of folly continues….

END_OF_DOCUMENT_TOKEN_TO_BE_REPLACED

Special Dividends Keep Coming as We Approach the New Year, Here are Some Potential Tech Considerations

Sun Dec 2, 2012 1:16pm EST Comments Off on Special Dividends Keep Coming as We Approach the New Year, Here are Some Potential Tech Considerations

” With the coming fiscal cliff taking the dividend and capital gains taxes higher, investors are hearing of more and more dividends coming sooner or as special dividends before the end of 2012. With dividend taxes at only 15% as of now, it is likely that these tax rates will never be lower. Companies are starting to accelerate and boost those after-tax returns to holders as a result.

24/7 Wall St. has gone through the universe of large technology companies which could further accelerate and declare one-time dividends payable to holders before year-end. There is of course a catch. Some companies do not pay regular dividends even though they should. Another catch is that many of these companies have substantial business offshore and much of that cash or short-term and long-term investment capital would get eaten up if and when it is repatriated from overseas back into U.S. banks.

Many companies were eliminated from this analysis because they were just under too much business pressure even though they have solid balance sheets. Dividends rarely require shareholder approval and these companies are generally strong enough and have low enough debt levels that debt covenants would likely not be a serious issue.

These are eight technology players which could substantially reward their common shareholders with large one-time payments before 2012 comes to an end:”

END_OF_DOCUMENT_TOKEN_TO_BE_REPLACED

“It is bearing fruit, but it is probably too early to declare a final victory so we need to be attentive and see the development,” said Mr. Noyer, who is an ECB Governing Council member and governor of the Bank of France.

Speaking in an interview in Tokyo on Saturday, Mr. Noyer also said he is confident about the euro zone’s prospects for recovery in 2013 after a bruising period of economic contraction and rising unemployment this year.

Mr. Noyer also said that the current relative strength of the euro and yen indicates weaknesses in other advanced economies, and that the debate in the U.S. about the impending fiscal cliff shouldn’t obscure the need for longer-term steps to consolidate the world’s largest economy.

After concerns about a breakup of the euro zone pushed up interest rates in countries including Italy and Spain, the ECB announced its bond-buying program in September. The program calmed jumpy financial markets and pushed down bond yields in Italy and Spain, both struggling with hefty public and private debt.

Under the program, the ECB has said it is prepared to buy unlimited government bonds with a maturity of one to three years from the secondary market to lower borrowing costs, if the target country is following a euro-zone-approved bailout plan.”

END_OF_DOCUMENT_TOKEN_TO_BE_REPLACED

The Asian carrier has been considering selling its stake in Virgin over the past five years and has held talks with a number of airlines including Delta in the past. The people familiar with the talks said there was no certainty they would succeed this time.

A spokesman for Singapore Airlines said: “We review our investments regularly, but no decision has been made about a divestment of our shareholding in Virgin Atlantic.”

Singapore bought its minority stake in Virgin from founder Richard Branson in 2000 for £600.3 million ($962 million).”

END_OF_DOCUMENT_TOKEN_TO_BE_REPLACED

So if you just buy the S&P 500, you should do pretty fantastic next year.

Why is Kostin so bullish?

END_OF_DOCUMENT_TOKEN_TO_BE_REPLACED

“Goldman’s Jan Hatzius is out with an excellent note that essentially calls for the economic crisis to end in 2013.

Following 2013, the US will see growth above 3%, which is not amazing, but far better than what we’ve seen since the economy began recovering in 2009.

What’s important to understand is that this isn’t just based on some vague optimism or a foggy notion of “getting through a current rough patch,” but rather a financial balances model that has put Hatzius at the forefront of Wall Street economists in understanding this economic period.

The essence of the model is essentially this chart, which recognizes that private sector surpluses (rising corporate and household savings) is the mirror image of public sector deficits.”

END_OF_DOCUMENT_TOKEN_TO_BE_REPLACED

Where to Invest, Where Not to Invest in the Housing Market Over the Next Few Years

Sun Dec 2, 2012 12:48pm EST Comments Off on Where to Invest, Where Not to Invest in the Housing Market Over the Next Few Years

“Housing has turned the corner and is said to be a bright spot in the U.S. economy.

But national home prices are expected to climb just 3.3 percent in the next five years, according to the latest data from Fiserv Case-Shiller.

Earlier this week we put together a list of the 15 best housing markets for the next five years that will see home prices rise at a much faster pace.

Today, we’re following it up with a feature on the 15 housing markets that are projected to see the most declines or the slowest growth in home prices.

END_OF_DOCUMENT_TOKEN_TO_BE_REPLACED

Some Tech Trends to Consider for Your 2013 Portfolio Adjustments

Technology changes on a dime. For those of you looking for new ideas or areas to invest in; here is some tech trends expected to take place in 2013.

END_OF_DOCUMENT_TOKEN_TO_BE_REPLACED 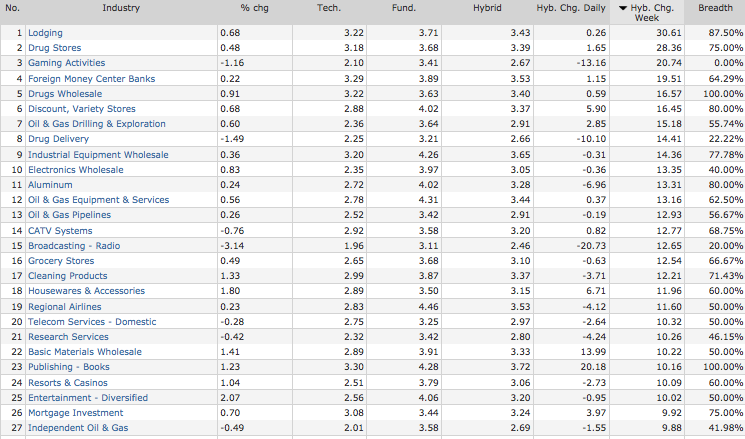 END_OF_DOCUMENT_TOKEN_TO_BE_REPLACED

“The first week of every month is always a busy one for economic data. You have Global PMI day (which is at the start of every month) and you get key data like construction spending, non-farm payrolls, and auto sales.

The month is no exception, and in fact it should be even more intense than normal because there will be so much interest in the fiscal cliff negotiations (even if markets are not quite sure that they matter much yet).

For the globe as a whole, things really start Sunday night, when we get our first PMI readings from Asia.

You can find the full schedule here, but the basic gist is that South Korean PMI (the infamous canary in the coalmine) comes out at 7:01 PM ET Sunday night, while China comes out at 8:45 PM. Other countries will report throughout the night and then we get the European numbers around 3 AM Monday morning, giving us a key look at how the European situation is shaping up.

Now let’s talk about the US data-week….”

END_OF_DOCUMENT_TOKEN_TO_BE_REPLACED

“SEOUL (Reuters) – South Korean exports last month marked their first back-to-back growth of the year, but demand from the advanced economies was weak, data showed on Saturday, indicating anyglobal recovery would be fragile at best.

November exports grew by 3.9 percent over a year earlier to $47.8 billion on top of a revised 1.1 percent rise in October, while imports last month rose by 0.7 percent to $43.3 billion, the Ministry of Knowledge Economy data showed.

The November data, released for the first time by a major exporting economy, and the robust survey findings in China disclosed earlier in the day offered fresh signs of the global economy regaining some momentum.

Shipments to China and the southeast Asian countries posted sharp gains over a year earlier, whereas demand from the United States and the European Union shrank, according to break-down figures for the November 1-20 period released later.

END_OF_DOCUMENT_TOKEN_TO_BE_REPLACED

“For the US economy, this would be a ‘Black Swan’ of a totally different variety.

Surging US shale oil output creates risk of $50 WTI North America’s energy supplies are surging while the rest of the world continues to fight for scarce molecules of oil and gas. On our estimates, onshore US crude oil output now vastly exceeds previous growth rates in liquids and nat gas, particularly in Lower 48 states. With profitability for US domestic oil producers very high and no change in sight to US rules preventing crude oil exports, we expect WTI prices to continue to lag international prices. Indeed, we see a risk of WTI temporarily falling to $50/bbl over the next 24 months to force a slowdown in supply growth or a change in crude oil export rules.

A key point that Schels & Co. make is that the crude oil market could come to resemble the Natural Gas market. In the natural gas market, the US has natural gas coming out of its ears, as it just has way more supply coming out of the ground than it could possibly use or export. So while prices remain decent throughout much of the world, domestic natural gas prices have collapsed….”

END_OF_DOCUMENT_TOKEN_TO_BE_REPLACED

Q4 GDP in the U.S. is Getting Off to a Slow Start

“U.S. consumer spending fell in October, partly reflecting the effects of superstorm Sandy. The bad start to the fourth quarter of the year, coupled with a mixed third-quarter gross domestic product report out earlier this week, was enough to trigger downgrades to a handful of forecasts.

Barclays Bank reduced its GDP tracking estimate by four-tenths of a point to 1.8%, but cautioned that a rebound in consumer spending could boost that later this year. “All in all, clearly a very soft start to consumption in 4Q,” Barclays said.”