Capital spending gained 2.8 percent from the second quarter, when it rose 3.4 percent, the Bureau of Statistics said in Sydney today. That compares with the median forecast for a 2 percent gain in a Bloomberg News survey of 20 economists.

Reserve Bank of Australia Governor Glenn Stevens held the key interest rate at 3.25 percent this month, having cut the benchmark five times since embarking on a series of reductions in November 2011 as the country’s resource boom cools. He said in minutes of the meeting that “further easing may be appropriate.” While today’s report showed a rise in mining investment from July to September, a projection for the 12 months ending June 30, 2013, was 8.1 percent lower.”

END_OF_DOCUMENT_TOKEN_TO_BE_REPLACED

Risk On for the Aussie and N.Z. Dollars

END_OF_DOCUMENT_TOKEN_TO_BE_REPLACED

Thu Nov 29, 2012 7:20am EST Comments Off on $GFI Said to Be Considering a Spin Off of its Mines Due to Strikes and Costs

“Gold Fields Ltd. (GFI), the fourth-biggest producer of the metal, will spin off part of its South African business as a wave of strikes and above-inflation pay gains add to costs and curb output for mining companies in the country.

Sibanye Gold Ltd. will trade in Johannesburg and New York and include the Kloof-Driefontein Complex, Africa’s largest gold operation, and the Beatrix mines, Johannesburg-based Gold Fields said today in a statement. Gold Fields will keep South Deep, its second-biggest facility, and mines in Peru, Ghana and Australia. The stock rose the most in three years in Johannesburg trading.”

END_OF_DOCUMENT_TOKEN_TO_BE_REPLACED

“Stocks climbed to a three-week high and commodities advanced on optimism U.S. lawmakers will reach an agreement in budget talks. Spanish and Italian 10-year yields fell as a measure of bank creditworthiness approached the highest level since July 2011.”

END_OF_DOCUMENT_TOKEN_TO_BE_REPLACED

Investors: The Global Economy is Being Described as Being in the Best Shape

Thu Nov 29, 2012 7:16am EST Comments Off on Investors: The Global Economy is Being Described as Being in the Best Shape

“The world economy is in its best shape in 18 months as China’s prospects improve and the U.S. looks likely to avoid the so-called fiscal cliff, according to the latest Bloomberg Global Poll of investors.

Two-thirds of the 862 surveyed described the global economy as either stable or improving. That’s up from just over half who said that in September and is the most since May 2011.”

END_OF_DOCUMENT_TOKEN_TO_BE_REPLACED

Here’s a Way to Get Free Health Care 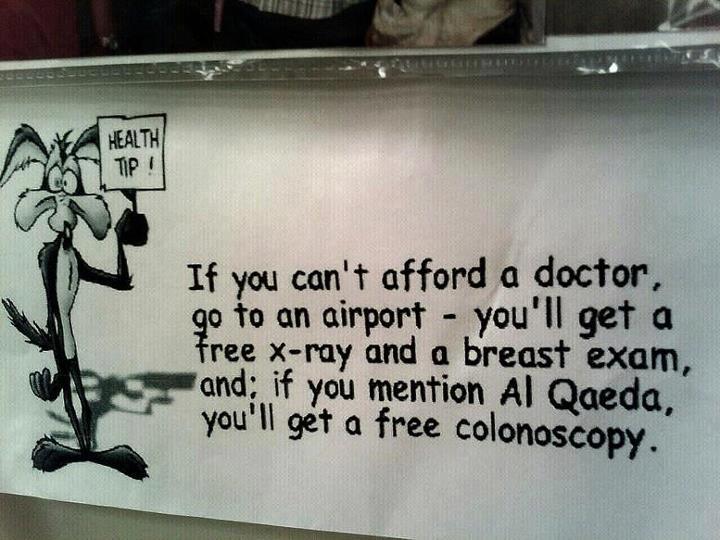 END_OF_DOCUMENT_TOKEN_TO_BE_REPLACED

FLASH: MAYOR WARNS OF VAMPIRE ON THE LOOSE IN SERBIA

END_OF_DOCUMENT_TOKEN_TO_BE_REPLACED

U.S. equities closed with a sharp reversal to the upside. The markets got hot and bothered over a Boehner….and his comments.

” Federal Reserve Governor Daniel Tarullo is speaking today at the Yale School of Management Leaders Forum in New Haven, Connecticut. His speech is covering future regulation of foreign banking organizations. Tarullo noted that regulators around the world still continue to implement reforms designed to limit the incidence and severity of future crises. The largest issue he is addressing is that the regulation of the U.S. operations of large foreign banks has yet to be reformed.”

END_OF_DOCUMENT_TOKEN_TO_BE_REPLACED

FLASH: Moody’s Downgrades $HPQ to BAA1 from A3

END_OF_DOCUMENT_TOKEN_TO_BE_REPLACED

Gold Goes Out With a $26 Walloping

“SAN FRANCISCO (MarketWatch) — Gold futures fell Wednesday, hit by a selloff that sank prices by as much as $36 an ounce, with the market blaming the move on a combination of technical selling, the expiration of options and futures contracts, deflationary concerns and a stronger U.S. dollar.

END_OF_DOCUMENT_TOKEN_TO_BE_REPLACED

“Green Mountain Coffee GMCR +28.95%surprised the shorts and the price jumped 26% to a high of $36.50 after hours following positive surprises in earnings and forecast.

With 50 million shares short, about 9.5 trading days’ worth and 42% of the float being short, there may be a bit of a scramble to buy on Wednesday. Where is the next resistance level above $36.50? On the Point & Figure Chart it looks like $42. The weekly price chart shows resistance at $38-$40, although a slim case could be made for the breakdown point at $50 . Last May 3 it fell from $50 to $26. If there is a short squeeze, price could see a reversal of that move down.

If there is no short squeeze, then price will go up according to the new fundamentals just revealed by GMCR’s earnings announcement. A quick check shows that the 16 computer models had GMCR as a four star buy as of last Friday and obviously before the positive surprise in earnings. The total score for GMCR is 6 where 3 is best and 30 is worst. This is the adjusted score when we compare GMCR to the growth universe of stocks instead of the complete universe of 8,000 stocks. This score includes equal weighting for fundamentals, forecast and technicals.”

END_OF_DOCUMENT_TOKEN_TO_BE_REPLACED

“The Obama administration put a temporary stop to new federal contracts with British oil company BP (BP) on Wednesday, citing the company’s “lack of business integrity” and criminal proceedings stemming from the Deepwater Horizon disaster in 2010.

The action by the Environmental Protection Administration bars BP and its affiliates from new government contracts for an indefinite period, but won’t affect existing contracts.”

END_OF_DOCUMENT_TOKEN_TO_BE_REPLACED

No news yet, but some are specualting the company is to announce an acquisition after the bell…

END_OF_DOCUMENT_TOKEN_TO_BE_REPLACED

Looks overdone and ripe for a bounce back trade imo…..

“The Fresh Market (TFM) stock plunged to a six-month low Wednesday after the specialty grocer missed earnings expectations and announced that its CFO will step down next month.

Shares of Greensboro, NC-based company tumbled as much as 19% to $49 a share — the lowest level since late May.

Fresh Market’s third-quarter profit rose 19% to $10.9 million, or 23 cents per share, but that was short of the 26 cents per share that analysts polled by Thomson Reuters had forecast.

Sales during the quarter jumped 21% to $321.5 million, coming in slightly above the $319 million analyst were looking for.”

END_OF_DOCUMENT_TOKEN_TO_BE_REPLACED

State of the Union:( Food Stamp Use Jumps 10%

END_OF_DOCUMENT_TOKEN_TO_BE_REPLACED

“For those who say Wall Street is evil, there’s new research data culled from finance industry professionals to back that up.

A recent survey of 500 brokers, analysts, and hedge-fund managers on the ethics of their business practices found a quarter of them said they had firsthand knowledge or experience of wrongdoing in the workplace.

The study conducted by research group Populous for the law firm Labaton and Sucharow turned up other disheartening results:

• Nearly a quarter of survey participants said they thought financial services professionals needed to engage in wrongful business practices in order to be successful.

• Only 41 percent of those surveyed responded with certainty that those in their company had not acted unethically.”