Europe Needs More Oil Now: SORRY NO OIL FOR YOU

Fri Aug 10, 2012 8:29am EST Comments Off on Growth in Japan Expected to be Cut in Half on Slowing Exports

“Japan’s economy probably grew last quarter at half the pace of the previous three months, a slowdown analysts predict is deepening as Europe’s debt crisis and the yen’s gains erode exports.

Gross domestic product expanded an annualized 2.3 percent in the three months through June, compared with 4.7 percent in the first quarter, according to the median estimate of 24 economists surveyed by Bloomberg News. The Cabinet Office will release the report on Aug. 13.”

END_OF_DOCUMENT_TOKEN_TO_BE_REPLACED

Fri Aug 10, 2012 8:27am EST Comments Off on Gold Traders Increase Their Holdings on Future Stimulus Bets

“Gold traders are the most bullish in five weeks as investors expanded their bullion holdings near a record on mounting speculation that central banks will have to do more to bolster economic growth.

Fifteen of 30 analysts surveyed by Bloomberg said they expect prices to rise next week and eight were bearish. A further seven were neutral, making the proportion of bulls the highest since July 6. Investors bought about $850 million of gold through exchange-traded products this month, taking the total of 2,411.7 metric tons yesterday to within 0.1 percent of the all-time high set July 5, data compiled by Bloomberg show.”

END_OF_DOCUMENT_TOKEN_TO_BE_REPLACED

“Australia’s dollar weakened from the strongest in more than four months after data showedChina’s exports grew less than anticipated, adding to signs of a slowdown in the world’s second-largest economy.

Overseas sales increased 1 percent in July from a year earlier, following an 11.3 percent increase in June, the customs bureau said in a statement today in Beijing. That compared with the median estimate of economists for an 8 percent gain. New Zealand’s kiwi dollar is set for the biggest five-day drop in almost three months as Asian stocks extended losses following the data, sapping demand for riskier assets.”

END_OF_DOCUMENT_TOKEN_TO_BE_REPLACED

“The export figures show that it’s hard to improve China’s economy in the short term,” said Cao Xuefeng, an analyst at Huaxi Securities Co. in Chengdu. “There are definitely expectations for more reserve-ratio requirement cuts and other measures to boost the economy, but I doubt they will be effective. There are limited tools the government can use.”

END_OF_DOCUMENT_TOKEN_TO_BE_REPLACED

Fri Aug 10, 2012 8:19am EST Comments Off on Oil Erases the Week’s Gains on Slower Growth and IEA Comments

“Oil fell the most in six days, paring its weekly gain, as a collapse in China’s export growth signaled the global economy is weakening and the International Energy Agency said demand expansion is slowing.

Futures fell as much as 1.5 percent in New York after the customs bureau in Beijing said today that China’s net oil imports shrank to the lowest level this year. The bureau also said outbound shipments of all goods increased 1 percent in July from a year earlier, compared with an 8 percent median estimate in a Bloomberg survey of analysts. The Paris-based IEA cut global oil demand forecasts for this year and next.

“Most of the drop in oil prices today come from macro figures in China,” Thina Saltvedt, an analyst at Nordea Bank AB, said by phone from Oslo. “It started with China and then the IEA. That just added to the gloomy picture.”

END_OF_DOCUMENT_TOKEN_TO_BE_REPLACED

The Euro Falls for a Fourth Day

“The euro weakened for a fourth day against the dollar as Germany’s economy ministry said the outlook for faster growth was fading amid the currency-bloc’s sovereign-debt crisis.

The greenback and yen strengthened against most of their major counterparts as China’s export growth collapsed, boosting demand for the currencies as havens. The Australian dollar fell against all except one of its 16 major counterparts on concern the slowdown in its top trading partner will deepen. Sweden’s krona fell against the dollar after a central bank official said the Riksbank hadn’t done enough to stimulate the economy.”

END_OF_DOCUMENT_TOKEN_TO_BE_REPLACED

Asia Trades Mixed, Europe is Down Across the Board, and U.S. Futures are Off by 0.3%

END_OF_DOCUMENT_TOKEN_TO_BE_REPLACED

THE NYPD IS WATCHING YOU, LITERALLY: UNVEILES SUPER COMPUTER

Fri Aug 10, 2012 12:28am EST Comments Off on THE NYPD IS WATCHING YOU, LITERALLY: UNVEILES SUPER COMPUTER

END_OF_DOCUMENT_TOKEN_TO_BE_REPLACED

Compliments of The PPT

END_OF_DOCUMENT_TOKEN_TO_BE_REPLACED

U.S. Is A Welfare Magnet For Illegals Under Obama

America used to be the land of opportunity, and in perverse a way, it still is. Obamanomics creates abundant opportunity — if you want to go on welfare.

END_OF_DOCUMENT_TOKEN_TO_BE_REPLACED

Great post by Investing With Options. Take a look at the rotation and then consider his picks to capture the moving money.

END_OF_DOCUMENT_TOKEN_TO_BE_REPLACED

Oil May Retreat on Fastest Stockpiling Rate in 14 Years

Speculation that nations are stockpiling oil at the fastest rate in 14 years is fanning expectations for Brent crude to drop below $100 a barrel.

END_OF_DOCUMENT_TOKEN_TO_BE_REPLACED

Should the Inevitable Chart Breakout in Precious Metals be Trusted?

Thu Aug 9, 2012 9:47pm EST Comments Off on Should the Inevitable Chart Breakout in Precious Metals be Trusted?

The metals are coiling ever so tightly. But, can a breakout of these coils be trusted?

END_OF_DOCUMENT_TOKEN_TO_BE_REPLACED

Ask Fly about his deer problem…

END_OF_DOCUMENT_TOKEN_TO_BE_REPLACED

I think they are making sure they’ve made their point.

The legal odyssey of a former Goldman Sachs programmer, Sergey Aleynikov, took a surprising turn on Thursday when the Manhattan district attorney charged him with state crimes.

Mr. Aleynikov was charged in state court less than six months after a federal appeals court overturned his conviction on federal criminal charges that he stole secret source code from Goldman’s computers.

END_OF_DOCUMENT_TOKEN_TO_BE_REPLACED

Virus Found in Middle East that Can Spy on Finance Transactions

Since Obama claimed credit for Stuxnet, does this mean he is responsible for spying on your trades?

BOSTON, Aug 9 (Reuters) – A new cyber surveillance virus has been found in the Middle East that can spy on financial transactions, email and social networking activity, according to a leading computer security firm, Kaspersky Lab.

Dubbed Gauss, the virus may also be capable of attacking critical infrastructure and was built in the same laboratories as Stuxnet, the computer worm widely believed to have been used by the United States and Israel to attack Iran’s nuclear program, Kaspersky Lab said on Thursday.

END_OF_DOCUMENT_TOKEN_TO_BE_REPLACED

Bankers And Business Have Had About Enough Of Obama

Thu Aug 9, 2012 1:45pm EST Comments Off on Bankers And Business Have Had About Enough Of Obama

It’s being called an “unheard of shift in party preference.” A swing of support – and financial backing – that dwarfs anything seen in nearly a quarter of a century. According to the latest campaign finance analysis from the Center for Responsive Politics OpenSecrets.org, a majority of the nation’s top corporate donors have turned from blue to red, so to speak, and are now contributing more to Republicans than Democrats. That’s the exact opposite of what they did in 2008, and as the Bloomberg points out, nowhere is the trend more pronounced than on Wall Street.

While Mitt Romney’s campaign has won the fundraising derby on a national level for the past 3 months, the change of sentiment among big business begs closer scrutiny. As my co-host Jeff Macke and I discuss in the attached video, if you had to boil the issue down, one overriding theme or reason jumps to the fore, uncertainty.

Let’s use Goldman Sachs (GS) as an example. Data shows in 2008, Goldman employees topped all other corporate donors by contributing $6.1 million dollars, three-quarters of which went to Democrats. Today, 70% of their giving is going to Republicans. And they’re not alone, party swings have also happened at JPMorgan (JPM), Citigroup (C), Morgan Stanley (MS) and UBS (UBS).

END_OF_DOCUMENT_TOKEN_TO_BE_REPLACED 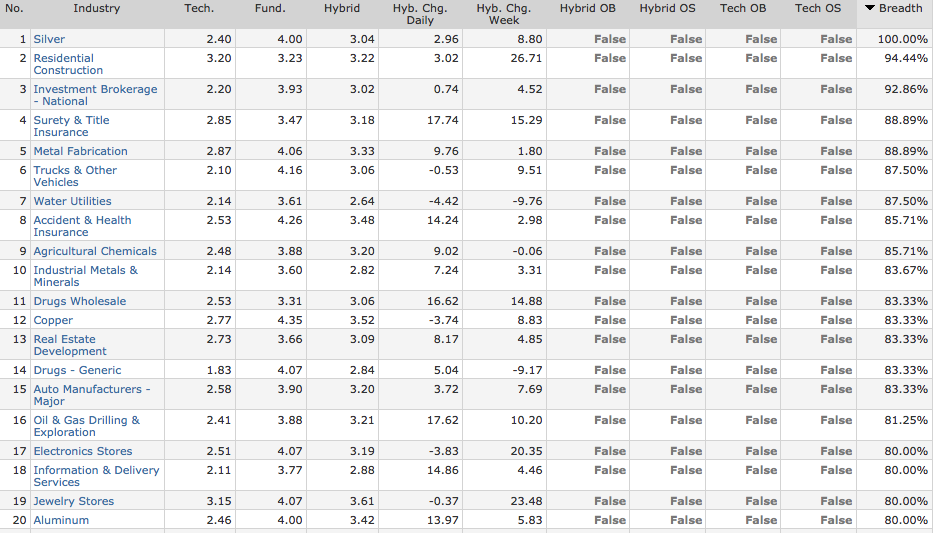 END_OF_DOCUMENT_TOKEN_TO_BE_REPLACED

Go to Jail, Do Not Pass Go