NASDAQ on the up drift, Microsoft after the bell, here is Tuesday trading plan

“America’s millionaire population declined last year for the first time since the financial crisis, according to a new report.”

END_OF_DOCUMENT_TOKEN_TO_BE_REPLACED

Safety in Numbers: Dividends That Is; Investors Scoop Up These Companies for Protection

Thu May 31, 2012 1:32pm EST Comments Off on Safety in Numbers: Dividends That Is; Investors Scoop Up These Companies for Protection

END_OF_DOCUMENT_TOKEN_TO_BE_REPLACED

“The U.S. economy is facing a dire fiscal dilemma this year that will aggravate an inbound recession, says international investor Jim Rogers, CEO and chairman of Rogers Holdings.

At the end of this year, tax cuts are set to expire while automatic spending cuts are set to kick in at the same time, a combination dubbed by Wall Street as a “fiscal cliff.”

Failure to stop it now could see the combination of tax hikes and spending cuts siphon billions of dollars out of the economy and offset any growth.

Considering that the country is due for a fresh downturn anyway as part of a cyclical trend, failure to address the fiscal cliff could mean disaster for the economy, Rogers says.

The U.S. economy, Rogers says, contracts or slows up ever six years by its nature and the last downturn began at the end of 2007.

“If you are going to raise taxes in 2013 I assure you the economy is going to slow down and slow down a lot,” Rogers tells Newsmax.TV in an exclusive interview. ”

END_OF_DOCUMENT_TOKEN_TO_BE_REPLACED

Thu May 31, 2012 1:23pm EST Comments Off on IMF Downplays Rumors About Backstopping Spain

“ORIGINAL (12:30 PM ET): Markets are shooting higher after headlines indicating that the IMF might be willing to backstop Spain even if the country and EU leaders can’t make a plan to backstop failing bank Bankia.

The Spanish government has struggled to find a way to backstop the country’s third-largest bank and biggest holder of domestic real estate assets.

It recently agreed to bail out the failing bank, after mergers and loans failed to cleanse its balance sheet. The European Central Bank recently rejected a proposal in which the Spanish government would issue €19 billion in domestic government bonds to the troubled lender that it could use as collateral against an ECB loan, according to reports. Spain may also have considered issuing €19 billion in debt to the public to finance the bailout.”

END_OF_DOCUMENT_TOKEN_TO_BE_REPLACED

Fuckbook continues to suck ass. The markets have circle jerked investors and will probably close to the upside; but not by much as everyone is waiting on tomorrow’s employment data.

Financials tried to lead the charge, but failed at a crucial resistance line.

Basic materials and capital goods lead to the downside.

The Euro hands on to a thread while oil has pared major early morning losses.

Gold is relatively unch up $3. 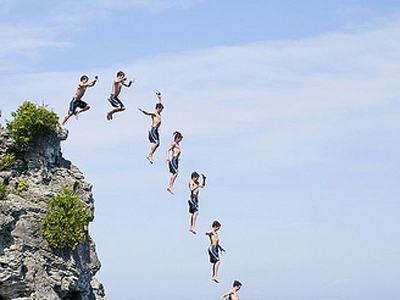 END_OF_DOCUMENT_TOKEN_TO_BE_REPLACED

The Hidden Bull Is Going Solo

This is a great argument for a dynamic of economic growth. Single person households are on the rise and they out spend families with children. They now occupy 28% of all households.

END_OF_DOCUMENT_TOKEN_TO_BE_REPLACED

Consumers will rejoice as Leap’s Cricket Service will begin on iPhone starting in late June.

END_OF_DOCUMENT_TOKEN_TO_BE_REPLACED

Prepare for a circle jerk day. Futures have tried to rally all morning, but keep getting kicked in the teeth by economic data points this morning.

END_OF_DOCUMENT_TOKEN_TO_BE_REPLACED

Thu May 31, 2012 8:37am EST Comments Off on Upgrades and Downgrades This Morning

END_OF_DOCUMENT_TOKEN_TO_BE_REPLACED

Gapping up and Down This Morning

END_OF_DOCUMENT_TOKEN_TO_BE_REPLACED

David Goldman: ‘Extreme Risk’ of Deflation is Dead Ahead

Greece and Spain are coming under increasing financial duress as the debt crisis heats up, and should one find the strain of austerity measures and hefty debt burdens too much to endure and abandon the eurozone, a domino effect could ensue and push the continent and then the U.S. into a deflationary spiral.”

END_OF_DOCUMENT_TOKEN_TO_BE_REPLACED

“The Federal Reserve could resort to more quantitative easing if the U.S. economy deteriorates, but this situation is unlikely as it is on track for a moderate recovery, an official of the U.S. central bank said on Thursday.

Europe is a potential risk to the global economy and it is up to European governments to follow a plan that reassures financial markets they can repay their debt, St. Louis Federal Reserve President James Bullard told reporters in Tokyo.

Investors are on edge amid doubts about whether Spain can afford to bail out its banking sector and whether voters in Greece will reject strict fiscal austerity measures in an election in mi-June.”

END_OF_DOCUMENT_TOKEN_TO_BE_REPLACED

“The U.S. dollar may be in hot demand today, but it’s still a “terribly flawed” currency belonging to an indebted nation, says famed commodities champion Jim Rogers, CEO and chairman of Rogers Holdings.

Fears that Greece or Spain will exit the eurozone have rattled currency and stock markets worldwide, sending investors fleeing to the dollar in what they assume is a safe-haven asset.

The dollar is not a safe-haven asset, Rogers says, but he owns it merely because it’s in demand.”

END_OF_DOCUMENT_TOKEN_TO_BE_REPLACED

Thu May 31, 2012 8:21am EST Comments Off on Bill Gross: The Global Monetary System Is Reaching Its Breaking Point

“Think JPM is the “whale” in the market? Think again. Bill Gross exposes the real food chains on Wall Street, and you may be surprised just who is truly the biggest “whale” in the “developed” world. Hint- it is the creature controlled by a Princeton economics professor.

END_OF_DOCUMENT_TOKEN_TO_BE_REPLACED

Public-employee unions in Wisconsin have experienced a dramatic drop in membership — by more than half for the second-biggest union — since a law championed by Republican Gov. Scott Walker sharply curtailed their ability to bargain over wages and working conditions.

Now with Mr. Walker facing a recall vote Tuesday, voters will decide whether his policies in the centrist state should continue — or whether they have gone too far.

The election could mark a pivot point for organized labor.

Mr. Walker’s ouster would derail the political career of a rising Republican star and send a warning to other elected officials who are battling unions. But a victory for the governor, who has been leading his Democratic opponent in recent polls, would amount to an endorsement of an effort to curtail public-sector unions, which have been a pillar of strength for organized labor while private-sector membership has dwindled.

That could mean the sharp losses that some Wisconsin public-worker unions have experienced is a harbinger of similar unions’ future nationwide, union leaders fear. Failure to oust Mr. Walker and overturn the Wisconsin law “spells doom,” said Bryan Kennedy, the American Federation of Teachers’ Wisconsin president.

END_OF_DOCUMENT_TOKEN_TO_BE_REPLACED

Another summer bummer. This is a third year in a row of marking a slowdown into the summer season. Holidays are expected to see increases, but most would like to see follow through in summer holiday time.

END_OF_DOCUMENT_TOKEN_TO_BE_REPLACED

Retail sales are all over the map.