Facebook is expected to file to raise US$5bn in a preliminary IPO prospectus on Wednesday morning, which while less than anticipated could be increased to ultimate investor demand, according to sources close to the deal.

The smaller deal size reflects a decision to start with a conservative base before deciding whether to increase.

The social networking site has opted to hire five bookrunners, featuring Morgan Stanley in the coveted lead left role.Goldman Sachs, Bank of America Merrill Lynch, Barclays Capital and JP Morgan round out the initial list of bookrunners on the deal, though the syndicate could also grow, sources indicated.

The filing timetable appears to establish a framework for Facebook to finalise the IPO process by May, pending a smooth registration process with the SEC.

Investment banking sources note the company has been unusually guarded about the process for selecting banks involved in the underwriting syndicate, but Morgan Stanley’s market leading position in Internet IPOs has given it an upper hand in securing the leading role.

Morgan Stanley’s selection implies that Facebook took account of Goldman Sachs’ handling of a private placement last year, though some have also pointed to Facebook’s desire to distance itself from the bank.

With final pricing of Facebook shares unlikely to be settled for at least three months, it is still unclear what valuation the company is targeting on the IPO.

Recent trading in Facebook stock on private exchanges has pointed to a US$80bn-plus valuation.

END_OF_DOCUMENT_TOKEN_TO_BE_REPLACED

Amazon Misses on the Top Line, But Beats on the Bottom; Guidance Below Estimates

Tue Jan 31, 2012 4:06pm EST Comments Off on Amazon Misses on the Top Line, But Beats on the Bottom; Guidance Below Estimates

END_OF_DOCUMENT_TOKEN_TO_BE_REPLACED

Tue Jan 31, 2012 4:04pm EST Comments Off on The Bulls Rule To Close Out The Best January of this Century

The bulls and bears had a tug of war today. Optimism over Greek debt talks got the market giddy in the am, but then disappointing Chicago PMI and Consumer Confidence took the markets down.  The bulls managed to take control and pare all the losses. 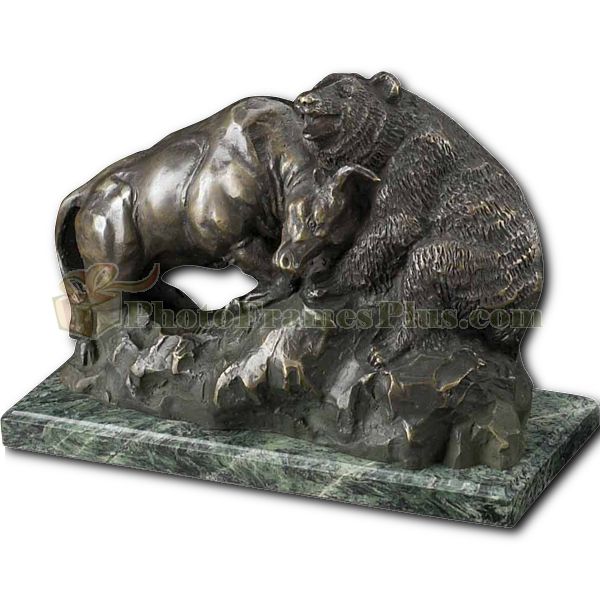 Now let’s see what congress does with it…

END_OF_DOCUMENT_TOKEN_TO_BE_REPLACED

No end to the folly here…

END_OF_DOCUMENT_TOKEN_TO_BE_REPLACED

CSIQ Spiking, Solar back in Play

CSIQ is spiking on heavy volume, and heavy call activity.

Keep the solars on watch here.

END_OF_DOCUMENT_TOKEN_TO_BE_REPLACED

U.S. Agriculture Secretary Tom Vilsack: More Americans enrolled in the food stamp program will be a great way to “stimulate the economy”.

END_OF_DOCUMENT_TOKEN_TO_BE_REPLACED

Predatory is the only word for this behavior.

END_OF_DOCUMENT_TOKEN_TO_BE_REPLACED

For the conservative investors consideration…

END_OF_DOCUMENT_TOKEN_TO_BE_REPLACED

S&P Warns of G20 Downgrades; Including the U.S.

Healthcare is at te center of worry for creditworthiness in many G20 nations…..

END_OF_DOCUMENT_TOKEN_TO_BE_REPLACED

Anything can be done when balance is in power…

END_OF_DOCUMENT_TOKEN_TO_BE_REPLACED

Peyton Manning’s football career is likely over, two sources close to the Indianapolis Colts quarterback with knowledge of his recovery from neck surgery told Jason Cole of Yahoo! Sports.

END_OF_DOCUMENT_TOKEN_TO_BE_REPLACED

Another Day, Another Pervert Teacher Arrested

A teacher who taught for three decades at Miramonte Elementary School in South L.A. has been arrested and charged with lewd acts on 23 children for allegedly tying them up, placing giant cockroaches on their faces and possibly feeding them his semen from a spoon.

Mark Berndt, 61, was taken into custody Monday after a nearly yearlong investigation by the L.A. County sheriff’s special victims unit that began when a photo processor turned over pictures of some of the alleged acts to authorities.

Capt. Mike Parker of the Los Angeles Police Department said the victims identified so far are 23 boys and girls aged 7 to 10 who had contact with Berndt between 2008 and 2010.

Investigators recovered photos from the processor and Berndt’s home that allegedly showed the young students bound and blindfolded and some with large Madagascar cockroaches crawling on them inside the school setting.

Some girls were allegedly photographed with a blue spoon holding a white substance near their mouths.”Early in the investigation, special victims bureau detectives recovered a blue plastic spoon and an empty container from the trash within the suspect’s classroom,” Parker said. “The recovered items tested positive for semen.”

Through further investigation, the suspect’s DNA was obtained and tested, and officials said it matched that of the DNA found on the spoon and container.

Parker said that, so far, 10 children in the photos recovered have not been identified. More than 80 children and staff have been in interviewed. Miramonte Elementary is in the Florence Firestone unincorporated area of Los Angeles.

Berndt was fired in March and was being held Tuesday in lieu of $2.3 million bail.

END_OF_DOCUMENT_TOKEN_TO_BE_REPLACED

Until recently, Twitter was thought of as mainly for those promoting their business or themselves, but a recent Pew Internet & American Life Project study showed that teens 12 to 17 doubled their presence on Twitter in the last two years. While still relatively small, jumping from 8 to 16 percent, it shows a growing trend.

“I love twitter, it’s the only thing I have to myself … cause my parents don’t have one,” Britteny Praznik, a 17-year-old from just outside Milwaukee, tweeted.

She joined last summer, after several people at her high school started tweeting. “It just sort of caught on,” she told the Associated Press. Many teens don’t use real names or even have locked accounts, so only friends have access.
After the rampant dissatisfaction with Facebook’s Timeline and privacy concerns, the move to Twitter may seem long overdue. For teens, who are now being monitored by older relatives joining Facebook, thw social network probably hasn’t been a private place for a while.
However, there are significant problems with Twitter — mainly that it sometimes just doesn’t work. Facebook may not be someone’s cup of tea, but doesn’t have a legendary “Fail Whale” like Twitter does. Twitter also had to purchase Tweetdeck to get a decent user interface — but the company seems uninterested in keeping it in good working order (I’ve tried to send a scheduled tweet for the last six months, and I’ve succeeded about twice.)
Twitter isn’t the easy answer to Facebook or Facebook Timeline, but it is becoming a much more attractive alternative.
END_OF_DOCUMENT_TOKEN_TO_BE_REPLACED

Steady selling has sent stocks into negative territory to trade with modest losses at new session lows. Following a decidedly positive start that saw all 10 major sectors stage gains, weakness has become widespread. With the broad market in the red for the fourth straight session, buying interest in Treasuries has continued to take yields lower. Such demand has sent the yield on the 5-year Note to a record low beneath 0.72%. Meanwhile, the benchmark 10-year Note’s yield now stands at 1.83%.

(via Peter Kafka at AllThingsD.com)

The Super Bowl is the most valuable show on TV. Which is why NBC can charge a reported $3.5 million for a 30-second spot during the Giants-Patriots game this Sunday.

But if you watch the game on the Web, your eyeballs are worth a whole lot less. NBC, which is streaming the entire thing for the first time ever, will be lucky to get anything near a million dollars for that same ad when it runs online.

So why is Comcast’s broadcast network putting the game on the Web, period? Isn’t this the classic analog-dollars-to-digital-dimes trade that Big Media strives so hard to avoid?

Nope, says Rick Cordella, who runs digital for NBC Sports. The network assumes that nearly every eyeball — and every ad dollar — that it gets from the Web this week will be a bonus, because whoever watches online is simultaneously watching on a big TV, the way football is supposed to be watched.

This is supposed to be the classic “second screen” experience that Twitter’s Dick Costoloand so many other digital folks are excited about.

And that makes plenty of sense to me. Many TV guys have gotten plenty comfortable with the idea of streaming their most valuable live sports events online, for free. In most of those cases, the general assumption is that anyone who’s watching on the Web is someone who can’t watch the game on a TV to begin with — see the CBS/Turner Sports livestreams of the NCAA March Madness tournament.

And in NBC’s case, it is packing the Webcast full of extra camera angles and other goodies, including a feature that will let you rewatch every Super Bowl commercial once it’s aired. The assumption is that you’re holding the TV remote in one hand, and controlling your laptop with another.

NBC already does a version of this with its Sunday Night Football broadcasts during the regular season, and the network says it draws between 200,000 and 300,000 unique viewers per game (that’s the source of that Vikings-Saints screenshot, above).

Meanwhile, those broadcasts are the networks’ best-performing shows by a long shot, so it doesn’t seem to have slowed them down. The NFL, meanwhile, reports that Web companion streams of the Thursday night games it shows on its own channel averaged 450,000 uniques.

So Cordella argues that putting the biggest TV show of the year online, for free, is really no big deal. But I’m pretty sure that this attitude isn’t shared by everyone in the TV business, and we might hear a bit about that today at the D: Dive Into Mediaconference. Curious to see what ESPN boss John Skipper thinks, for starters.