Thu Aug 4, 2011 9:11am EST Comments Off on CCJ reports slowed earnings, not from Fukushima

Cameco has reported earnings and did a breakdown of their anticipation of the uranium market.

I’ll just post this first, as it’s what likely interests everyone the most.

It has been almost five months since the Fukushima-Daiichi nuclear power plant was damaged by the devastating earthquake and tsunami in Japan. As Japan continues to manage the effects of these events on its nuclear reactor fleet, the future role of nuclear energy in that country is also being discussed. While there are reports of strong support for nuclear from various industry groups in Japan, public sentiment is reportedly more cautious.

Other countries around the world have now had time to do a preliminary review of their nuclear programs. With very few exceptions, we see these countries continuing their commitment to nuclear energy. India, China, France, Russia, South Korea, the United Kingdom, Canada, the United States, and almost every other country with a nuclear program are maintaining nuclear as a part of their energy mix.

There are a few exceptions, Germany being the most notable. Germany, which has 17 nuclear reactors, representing 5% of the global generating capacity, has decided to revert to its previous phase out policy. Currently, eight of its reactors (about 2% of global generating capacity) are shutdown; we do not expect these reactors to restart. Germany has indicated it plans to shut down the remaining nine reactors by 2022.

Despite these changes, the nuclear industry is growing. Other previously non-nuclear countries are considering adding nuclear to their energy programs in the future. Saudi Arabia, for example, recently announced its plan to build 16 reactors by 2030. Its plan includes building the first two reactors over the next 10 years and adding two new reactors every year thereafter. The Saudis are targeting nuclear power to provide 20% of their electricity needs in the future. Saudi Arabia has signed nuclear co-operation agreements with France and Argentina, and has announced plans to sign agreements with China and South Korea in the near future. We have not incorporated this announcement from Saudi Arabia into our supply and demand outlook below.

We have reviewed our supply and demand outlook from the first quarter and revised our estimates to reflect Germany’s decision to move away from nuclear and the current status of Japan’s nuclear fleet. As a result, we expect:

Despite the expected decreases in our estimates noted above, we continue to expect annual global consumption to exceed annual global mine production by a significant margin over the next 10 years, a situation that has existed since about 1986. We expect the new supply required to meet global uranium demand to be about 270 million pounds over the next 10 years (our previous estimate was 320 million pounds).

With our extensive portfolio of long-term sales contracts, we are in the enviable position of being heavily committed until 2016. As a result, we expect the impact of changes in the global supply and demand outlook on us to be significantly less.

Despite this, the president/CEO went on to say that the slowdown in his company was not likely do to the uranium market, so much as cyclical factors; he believes the company will continue to perform within guidance.

SASKATOON, SASKATCHEWAN–(Marketwire -08/04/11)- ALL AMOUNTS ARE STATED IN CDN $ (UNLESS NOTED)

“Through the second quarter of 2011 our operations demonstrated reliable production, keeping us on track for the year. At Cigar Lake, we continue to make significant progress,” said president and CEO Tim Gitzel. “We also made changes to Cameco’s management team to ensure we have the right mix of experience and energy to execute on our strategy to double annual uranium production by 2018.

“As we anticipated, this quarter’s financial results were lower due to variability in the timing of uranium deliveries. We expect our sales will be heavily weighted to the second half of the year and anticipate stronger results in the third and fourth quarters.

“With our extensive portfolio of long-term sales contracts, we are in the enviable position of being heavily committed until 2016, which provides us with financial stability as we pursue our corporate growth strategy.

“Over the longer term, we remain confident in the strong fundamentals of the uranium market. World demand for safe, clean, reliable, affordable energy continues to grow and the need for nuclear as part of the world’s energy mix remains as compelling as ever.”

END_OF_DOCUMENT_TOKEN_TO_BE_REPLACED

VOORHEES, N.J.–(BUSINESS WIRE)– American Water Works Company, Inc. (NYSE:AWK – News), the largest publicly traded U.S. water and wastewater utility company, today reported results for the second quarter ended June 30, 2011. For the quarter, the company earned net income of $84.6 million and earnings per share of $0.48. Included in net income and earnings per share are $3.2 million and $0.02, respectively, related to the cessation of depreciation on assets under agreement for sale or sold in Arizona, New Mexico and Texas, classified as discontinued operations. Including the effect of depreciation expense related to these assets, adjusted net income for the second quarter 2011 was $81.4 million and adjusted earnings per share was $0.46 (non-GAAP financial measures). This is a more than 9.5 percent increase over the net income of $72.8 million and $0.42 per share in the comparable period in 2010.

“American Water’s continued execution of its strategies has resulted in another solid quarter,” said Jeff Sterba, president and CEO of American Water. “We increased revenues, net income and earnings per share. In addition, we are expanding our business in key states while improving our operating efficiency ratio. By driving operational excellence, we benefit our customers by providing reliable service at about a penny per gallon and investing needed dollars to maintain our pipes and plants.”

END_OF_DOCUMENT_TOKEN_TO_BE_REPLACED

Thu Aug 4, 2011 8:51am EST Comments Off on Upgrades and Downgrades This Morning

TIF – Tiffany & Co upgraded to Neutral from Sell at Goldman

EMN – Eastman Chem initiated with an Outperform at Wells Fargo

MCD – McDonald’s upgraded to Overweight from Neutral at Piper Jaffray

LAZ – Lazard upgraded to Buy from Hold at Citigroup

AZN – AstraZeneca upgraded to Hold from Underperform at Jefferies

BID – Sotheby’s upgraded to Buy from Hold at Craig Hallum

AGN – Allergan downgraded to Neutral from Overweight at Piper Jaffray

WLT – Walter Energy downgraded to Hold from Buy at Keybanc

CF – CF Industries upgraded to Neutral from Sell at Goldman

BKI – Buckeye Tech upgraded to Buy from Neutral at UBS

DNDN – Dendreon downgraded to Neutral from Outperform at Cowen

HRL – Hormel Foods downgraded to Sell from Neutral at Goldman

CLX – Clorox downgraded to Below Average at Caris

END_OF_DOCUMENT_TOKEN_TO_BE_REPLACED

Gapping up and Down This Morning

END_OF_DOCUMENT_TOKEN_TO_BE_REPLACED 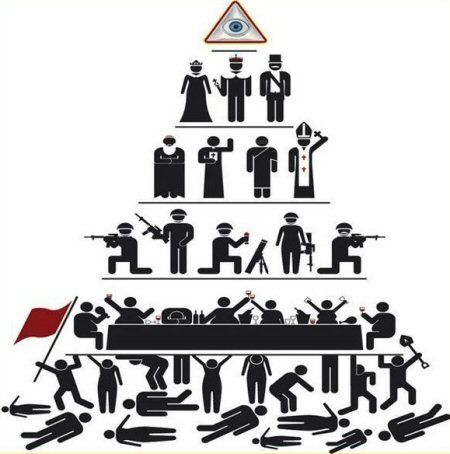 END_OF_DOCUMENT_TOKEN_TO_BE_REPLACED

Roubini says the intervention by Japan and Switzerland into their currencies are the beginings of QE3 and will result in fed easing.

END_OF_DOCUMENT_TOKEN_TO_BE_REPLACED

Thu Aug 4, 2011 8:14am EST Comments Off on Kraft Foods Posts Better Than Expected Profits and Announces the Company Will Split Into Two

The company will have the a snack division and the food division. This is expected to help them with overseas units and currency issues.

END_OF_DOCUMENT_TOKEN_TO_BE_REPLACED

The ECB and the U.K. Leave Rates Unchanged

Slower global growth has rates on hold for now.

END_OF_DOCUMENT_TOKEN_TO_BE_REPLACED

Thu Aug 4, 2011 8:00am EST Comments Off on Obama and Bernanke Are Seen as Being Out of Ammo in Creating Jobs

Perhaps new approaches need to be taken. Bernanke may be out of job creation bullets, but the administration and congress have plenty of options if they want to take them.

END_OF_DOCUMENT_TOKEN_TO_BE_REPLACED

Thu Aug 4, 2011 7:48am EST Comments Off on Despite the Desire to Raise Rates The ECB May Have To Pause Due To Slower Global Growth

The Europeans want to be vigilant against potential run away inflation, but may not be able to act due to slower global growth. Perhaps inflation will subside for a while making their decision making a bit easier.

END_OF_DOCUMENT_TOKEN_TO_BE_REPLACED

Thu Aug 4, 2011 7:44am EST Comments Off on Currency Intervention in The Franc and the Yen is Also Killing Profits

The Swiss France has risen 42% since 2008. Exports accounts for half of Switzerland’s GDP and with currency intervention companies are getting killed.

How long can this go on ? The Swiss has a current account surplus making it a well sought after safe haven for stressed money.

END_OF_DOCUMENT_TOKEN_TO_BE_REPLACED

Thu Aug 4, 2011 7:38am EST Comments Off on Russia Leaves Rates Unchanged as Inflation Begins to Subside

We have consistent stories of subsiding inflation. Does this mean the fed will consider QE3 ?

END_OF_DOCUMENT_TOKEN_TO_BE_REPLACED

Copper traded down to $9.845 per metric ton in London

END_OF_DOCUMENT_TOKEN_TO_BE_REPLACED

Thu Aug 4, 2011 7:33am EST Comments Off on Crude Oil Falls in Overnight Trade as Asian and European Markets Turn Negative

The deflationary grip is getting stronger as global growth prospects begin to falter.

END_OF_DOCUMENT_TOKEN_TO_BE_REPLACED

Thu Aug 4, 2011 7:30am EST Comments Off on The Aussie and Kiwi Dollars Continue to Fall on Perceived Global Growth Weakness

Expectations of lower interest rates are also playing into the downside action.

END_OF_DOCUMENT_TOKEN_TO_BE_REPLACED

Thu Aug 4, 2011 7:26am EST Comments Off on Currency Analysts Feel a Potential War Has Been Started Given Recent Intervention in the Yen and Franc

A currency war may be under way as the YEN and Franc have been weakened by their respective governments to trade in better relation to the dollar. This in turn is causing tension in other economies where a so called currency devaluation truce had been declared.

END_OF_DOCUMENT_TOKEN_TO_BE_REPLACED

The U.K. Seeks to Hide Companies From U.S. Sanctions Doing Business With Iran

Thu Aug 4, 2011 7:20am EST Comments Off on The U.K. Seeks to Hide Companies From U.S. Sanctions Doing Business With Iran

The U.K. says the U.S. sanctions are disrupting business with Iran and causing problems with liquidity in the banking sector for exporters.

END_OF_DOCUMENT_TOKEN_TO_BE_REPLACED

The Spaniards held a bond auction where yields on the 10 year moved closer to 7%. The 10 year yield hit a record high before falling back. The auction went better than expected.