First Of The Municipal Bankruptcies: Detroit

I invite you, my dear reader, to take part in this historic moment with me. At hand is the first in a wave of municipal bankruptcies that will shake the country. And this avalanche begins with none other than Detroit, MI.

Detroit, long the asshole of the United States, has been the butt of jokes for the better part of four decades now.

From her amazing ability to elect criminals to every facet of government, to her unparalleled capacity to stick her head in the ground and refuse to acknowledge any problems, and her intense insistence to reduce every issue, be it fraud, accounting scandals, ineptitude, or murdering hookers named Strawberry, down to a simplified and wrong message of race, Detroit is without a doubt the poster child for other American cities ranging from Chicago to Philadelphia to DC.

After the Great Rick Snyder (May The Gods Watch Over Him) was elected to his chair as governor of Michigan, he quickly implemented a series of reforms designed to save the city (and the rest of the State from it). The keystone to this initiative was the installation of Emergency Financial Managers.

However, the EFM law was put to ballot this election, and the Michigan people ultimately struck it down. This has set into motion an avalanche of consequence, very much to the alarm of those of us that were waiting to be delivered by the saving grace of this “Caesar”.

Sadly, this bright future is gone now. I have heard only one reasonable explanation for voting against the EFM law, thus far. It came from a friend, who said, and I quote, “Fuck the emergency manager. Last I checked, we have judges for ripping apart failed entities.”

So be it, and fair enough. This was always a matter of choosing which faceless individual got to shred the unions that have cluttered Michigan. Continuing as we have was never an option.

But, unfortunately, the only way a judge can make these decisions is AFTER a municipal bankruptcy.

Sensing that their time at the trough may be over, yesterday a very panicked JoAnn Watson (resident lunatic of Detroit City Council) came out with a passionate plea for the rest of the country to facilitate her staying in power.

It is critical, you see, that she be allowed to enact her every whim at your expense, because her ideas are so awesome. You just don’t realize how awesome they are, because they haven’t worked. But they are, and she is so cool.

However, I do not see bailing out Detroit as a viable option for the feds. Rick Snyder and the GOP are also overreaching at the same moment (in my opinion) by bringing to the table Right To Work legislation (Michigan remains a very pro-union state, regardless of the recent ballot failures). Should Obama&Co. decide to bail out Detroit, it would shift outrage from the MI GOP for this legislation and back to support as a Detroit bailout from Washington is sure to enrage most of the country, and most of Michigan.

The rest of Michigan hates Detroit, because they are faggots to this state’s furze-cutter.

Now, watch with me good crazy people of the internet, as the second stone falls into place.

Previous Coming Out From The Furnace
Next Dividend Hike By AEC 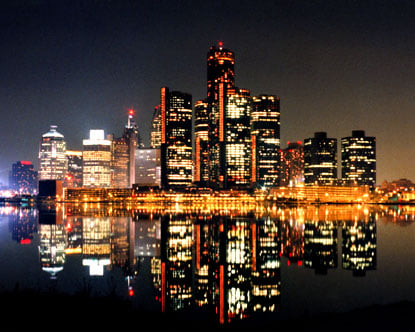 It Was A Good Show, But The Nain Rouge Won Again

Michigan Putting Detroit Back On The Map