Elon Musk, the Palo Alto carnival barker (and poster-boy of the “climate change” hysteria being foisted upon us by Californistan Illuminati), tweeted that his truck, which does not exist, is a “beast”. He also said that it is “worth seeing this beast in person.

“Seriously next level” sounds like something you might here in casual conversation at your local internet coffee bar, muttered by juveniles:

The electric-car maker is now expected to reveal the electric big-rig on November 16, Musk said in a tweet on Friday.

Musk has blamed the delay on Puerto Rico, claiming Tesla is working heroically on producing batteries for the crippled island. As a Silicon Valley Eco-hero, you have to keep your climate change fans happy as well as your investors, after all.

It will be interesting  to hear him explain  why truckers would want a rig that can only travel 300 miles before it has to be recharged  when the average miles traveled by most semis  is somewhere around 600 miles a day.

Charging stations would be a challenge as this is not as simple as throwing a few superchargers next to the gas pumps. We are talking about taking up a lot of real estate in the truck stops and  that might not make the other drivers very happy. 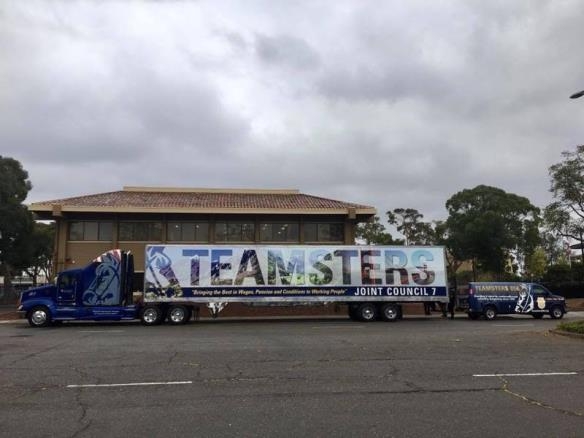 Driverless rigs are also bandied about in this conversation, which I am sure will thrill the Teamsters Union. I have even heard talk of one human-driven truck electronically towing a fleet af driverless vehicles behind him. Freight trains on the highway. Imagine attempting to change lanes with a driverless convoy in the middle lane. What could go wrong? There is so much basic reality that never seems to make it into the conversation. Ford Motor claims they will have driverless vehicles on the road in three years from now.

“In the event of a pending accident, will the software in a driverless vehicle protect the occupants or pedestrians?”

If you enjoy the content at iBankCoin, please follow us on Twitter
2017-11-14
The Maven
Share
Previous Stick a fork in $TSLA. Its days are numbered.
Next The next Tesla Roadster will be able to FLY!