The reports of Apple’s death are greatly exaggerated 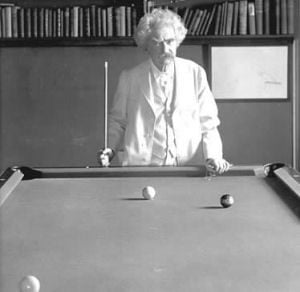 “The game of billiards has destroyed my naturally sweet disposition.”

My apologies to Mark Twain for the headline. I have been long Apple for a very long time. About a decade. In that time frame I have read thousands, perhaps tens of thousands, of articles claiming the demise of Apple as a viable investment.

This mornings nonsense comes to you from the Hallowed Halls of Marketwatch, that godawful feed that eTrade seems to feel is necessary reading for everything in one’s portfolio. Marketwatch articles tend to be clickbait on the order of Seeking Alpha. That may be an unwarranted slight on Seeking Alpha since it is primarily written by amateurs like you and I rather than Professional Journalists.

“Hedge funds dumped Apple, and bought this stock instead”

For hedge funds, Apple Inc.’s stock went from gadget-making darling to pariah in the first quarter.

Apple shares were the most sought after by hedge-fund managers in the fourth quarter of 2015 but morphed into an asset that investors couldn’t sell fast enough in the first three months of 2016, according to a detailed review of holdings of the 50 largest hedge funds by FactSet. The review was based on recent public filings known as 13Fs.

“Gadget-making darling“. I should have stopped reading right there, but since AAPL shares are crushing it the last few days, I feel inspired. At least we all now know about 13-F filings.

It is one of the Wonders of the Modern Investing World that professional journalists tend to speak of last quarter’s news in the present tense when it comes to buys and sales by large investors. The same hedge funds that bailed on AAPL in Q1 are the ones now buying it today. It is almost as if the stock had contacted the Zika virus, never to be touched again by any sane human except perhaps athletes at this year’s Summer Olympics in Brazil.

And what was the stock these sage hedge fund managers replaced it with? Facebook. Wanna bet those same people are selling FB and buying AAPL right now? Warren Buffett bought $1 Billion worth of AAPL while the hedges were bailing. (“Buy when others are fearful”, indeed). As I write this morning, AAPL is up 2% and FB is down -.7%. I am not convinced at all about the valuation of FB. I hate the interface that has morphed into something that contains massive amounts of adverts and assorted garbage that wreaks havoc on the memory capacity of my 4-year old iPad (Hmm…that could be bullish for sales of the iPad Pro). And that auto-refresh that it insists on doing when I scroll down to read my News Feed…don’t get me started on that. Facebook could be viewed as being one new competitor away from having issues. If there was ever a “gadget-making darling”, Facebook is it. It is not that long ago that FB took a massive hit after ad revenue did not meet expectations. 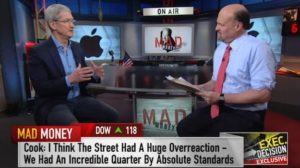 Now Tim Cook is no Steve Jobs, at least on-stage or in the studio. But when it comes to running the company, never forget that Jobs hand-picked his successor.

From Cook’s Wikipedia listing –>  Cook was asked to join Apple by Jobs in 1998. In a commencement speech at Auburn University, Cook said he decided to join Apple after meeting Jobs for the first time:

“Any purely rational consideration of cost and benefits lined up in Compaq’s favor, and the people who knew me best advised me to stay at Compaq… On that day in early 1998 I listened to my intuition, not the left side of my brain or for that matter even the people who knew me best… no more than five minutes into my initial interview with Steve, I wanted to throw caution and logic to the wind and join Apple. My intuition already knew that joining Apple was a once in a lifetime opportunity to work for the creative genius, and to be on the executive team that could resurrect a great American company.” 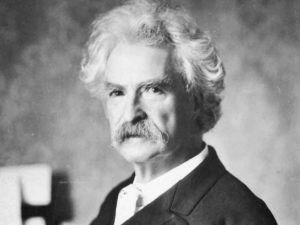 I have to go see my Periodontist. probably explains my mood. I’ll continue this later…

If you enjoy the content at iBankCoin, please follow us on Twitter
2016-05-23
The Maven
Share
Previous Why are the Summer Olympics held in countries deeply in debt?
Next Report: Apple ramps iPhone7 numbers, suppliers soar