DHARMA “STEWART” BUTTERFIELD IS NOT A FRAUD $WORK

jungleegirl Sun Dec 29, 2019 7:48am EST Comments Off on DHARMA “STEWART” BUTTERFIELD IS NOT A FRAUD $WORK

As Butterfield & Co. were dealing with building Glitch (MMOG) they had to solve internal communication problems. Hence they desgined Slack in a very non-self-conscious non-speculative way. Slack was based on actual needs of a team that was deep in tech development and had a big degree of coordination: artists, animators, sound designers, level builders, content pipeline tools.

In the often dog-eat-dog world of Silicon Valley, Mr Butterfield has gained something of a reputation for being less cut-throat than many. Slack was carved out of a failed gaming company, in one of the start-up world’s more famous “pivots”. One investor recounts how the Canadian entrepreneur refused to ditch his first backers when switching horses to the new product.

Mamoon Hamid, an early investor and Slack board member, credits a deeply humanistic streak for Mr Butterfield’s success as a product designer. That makes him an heir to the late Steve Jobs — another non-engineer with a perfectionist’s eye who was able to look beyond the bits and bytes to mould products that people welcome in their lives.

“He’s the sort of person who, if he’d lived in the Middle Ages, would have produced the perfect leather bag, with just the right stitching — he’s a craftsman,” Mr Hamid says.

“He is your quintessential, product-oriented founder-leader,” says Aaron Levie, chief executive of Box, a cloud storage company. In a nod to an unconventional streak in Mr Butterfield’s personality that separates him from the herd, Mr Levie adds: “He has just the right level of quirkiness.”

MY JOB IS NOT TO PREDICT THE FUTURE, SIMPLY TO NOTICE THE PRESENT FIRST

“What is driving momentum in this product/category/business?”

On a tangential note, Stanford CS Professor Donald Knuth does not “email” —

I have been a happy man ever since January 1, 1990, when I no longer had an email address. I’d used email since about 1975, and it seems to me that 15 years of email is plenty for one lifetime.

Email is a wonderful thing for people whose role in life is to be on top of things. But not for me; my role is to be on the bottom of things. What I do takes long hours of studying and uninterruptible concentration. I try to learn certain areas of computer science exhaustively; then I try to digest that knowledge into a form that is accessible to people who don’t have time for such study.

On the other hand, I need to communicate with thousands of people all over the world as I write my books. I also want to be responsive to the people who read those books and have questions or comments. My goal is to do this communication efficiently, in batch mode — like, one day every six months. So if you want to write to me about any topic, please use good ol’ snail mail and send a letter to the following address:

Prof. Donald E. Knuth
Computer Science Department
Gates Building 4B
Stanford University
Stanford, CA 94305-9045 USA.
I have a wonderful secretary who looks at the incoming postal mail and separates out anything that she knows I’ve been looking forward to seeing urgently. Everything else goes into a buffer storage area, which I empty periodically.

My secretary also prints out all nonspam email messages addressed to [email protected] or [email protected], so that I can reply with written comments when I have a chance. If I run across such a message that was misaddressed — I mean, if the message asks a question instead of reporting an error — I try not to get angry. I used to just throw all such sheets in the wastebasket. But now I save them for scratch paper, so that I can print test material for The Art of Computer Programming on the blank sides. I DO NOT ANSWER UNSOLICITED EMAILS, nor do I respond to emails that were sent to my colleagues with a bothersome request for them to communicate with me. Email is a no-no EXCEPT for reporting errors in books.

You might also try faxing me at 650-725-4671. But be warned that I look at incoming fax mail last, perhaps only once every twelve months instead of six.

`I don’t even have an e-mail address. I have reached an age where my main purpose is not to receive messages.’ — Umberto Eco, quoted in the New Yorker
Sometimes I do send email, through my secretary, with respect to the project I’m currently working on, when I believe that the recipient won’t be bothered by my request. But I hope you can understand why I am almost always unhappy to receive unsolicited email myself. Thank you for your patience and cooperation as I try to finish The Art of Computer Programming (TAOCP), a work that I began in 1962 and that I will need many years to complete. In return, I promise not to send unwelcome email requests to you.

A note on email versus e-mail
Newly coined nonce words of English are often spelled with a hyphen, but the hyphen disappears when the words become widely used. For example, people used to write “non-zero” and “soft-ware” instead of “nonzero” and “software”; the same trend has occurred for hundreds of other words. Thus it’s high time for everybody to stop using the archaic spelling “e-mail”. Think of how many keystrokes you will save in your lifetime if you stop now! The form “email” has been well established in England for several years, so I am amazed to see Americans being overly conservative in this regard. (Of course, “email” has been a familiar word in France, Germany, and the Netherlands much longer than in England — but for an entirely different reason.)

Listen to Dr. Knuth for a history lesson Computer Science. Engineering schools had to compete with other engineering schools, hence CS faculty were hired. Idiots in the hallowed halls: Quit debating the semantics of vocations/titles and learn some shit.

Knuth: [00:30:45] Yes, absolutely. You don’t just say okay, now there are good jobs in computer science, so okay, I’m going to learn it. You have to be a geek. That’s my opinion. It’s borne out by every project I see that has failed; it’s because the people who were in these projects weren’t really geeks. [laughter] It’s a controversial opinion now. Some educators say no, people just aren’t motivated enough. But they’re geeks. I think they [the educators] don’t understand what it means not to be a geek.

On the other side, I know aspects of other sciences that I’ve tried very hard to learn and I’ve failed. I know that I would need a different kind of a brain if I were really going to be good at quantum mechanics, for example. I’ve tried hard, but I just don’t get it.

People like me began to know that this kind of knowledge deserves to exist. As I said, in the early 1960s, I didn’t realize I was a geek. I didn’t realize that there was this body of knowledge. But Forsythe did, and I came here. I was probably 110 percent geek, I don’t know, but certainly it was very strong for me, and not exactly the same in any two people.

Schofield: Does anyone have that now–Computer Science separated as an entire school?

Knuth: [00:34:12] Yes, yes. Certainly it’s thrived at Carnegie, and Purdue I think later had one. Waterloo in Canada, and others. Some of our faculty have said, why don’t we leave the Engineering School and start a School of Computer Science at Stanford; computer science is starting to become joined to all kinds of other things. I said, boy, how to win friends and influence people is by telling people that we’re really so important that we’re going to start our own school. Yet it has happened at other places.

By the 1980s, the majority of our faculty had been trained at computer science departments that were part of an engineering school. They understood what it was like to be part of an engineering school. I personally didn’t. I’d been in Mathematics and H&S at Stanford. The strongest factor was that at Stanford, Engineering had to compete with the other engineering schools of the world and so it needed to have its computer science department too. Stanford’s School of Engineering was trying to match brownie points or something with every other engineering school. People asked, well what do you do in computers. Stanford had been hiring faculty to be in the Computer Systems Laboratory as part of the Electrical Engineering Department. Students applied to that, got admitted and so on. We had one or two joint faculty. There were a couple of cases where people didn’t get tenure because they had to be approved by both schools.

Schofield: And both departments.

Knuth: [00:36:36] Anyway, by and large, during the 1970s, we said oh, we’ve got two groups of computer scientists at Stanford; let’s use that to our advantage. If we can’t get something through one dean, we’ll get it through the other. We’ll get the job done.

However, it turned out later that we found that we’d be forever competing for resources if we had two groups at Stanford, so we had better decide which way it was going to go. It was much better to go to the Engineering School because the majority of other universities in the world, by that time, had computer science in engineering. Stanford was an oddball, still having it in the same school as mathematics and physics.

RESULTS OF NOT FUCKING AROUND ON EMAIL

The Art of Computer Programming —- The Bible, accoding to some.

Knuth: [00:45:34] Oh, it’s like an oil well. As we speak, somebody’s buying one of those books. How many, I’m not sure. The book that came out in 1968, that made the faculty all smiles, is in its fortieth printing of the third edition and it probably sells ten copies every day. 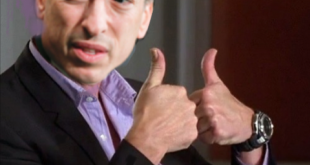 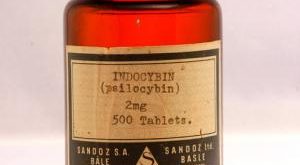