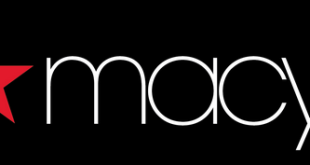 S&P put Macy’s and Nordstrom on credit watch for possible downgrade after the bell.

Macy’s liquidity problems are the result of years of systemic, moronic capital allocation. The company was an accident waiting to happen. As it turns out, that accident was the weather.

As of the end of last October Macy’s had repurchased $1.84 billion of its own shares at an average cost of $60.13. In part to help fund these buybacks Macy’s issued $500 million in debt last December. At 3.45% interest Macy’s figured it was a no-lose opportunity.

Macy’s was wrong. Shares are in the mid-$30s and the company still has to pay the juice on the debt. The bet big and wrong. In a low-margin business that’s very bad.

Macy’s is down a paper loss of about $700 million on the shares it retired. Earnings per share fell anyway. The fact that it would have been worse without the buyback isn’t really any consolation. Macy’s has guided lower twice for Q4. It now expects to make $2.18 to $2.23 compared to $2.44 last year.

The smart play for Macy’s would have been buying puts instead of all that stock and those winter jackets.

Macy’s is just begging for an activist to come in and beat some sense into the place. At best department stores have a 5-10% margin. Macy’s is much worse than that. The stock is down 50% in 6 months. That could look like a bargain a year from now.

Gap hates shareholders. That’s the only explanation for why they still release same store sales.

Gap stock was up big all day and crashed after-hours.