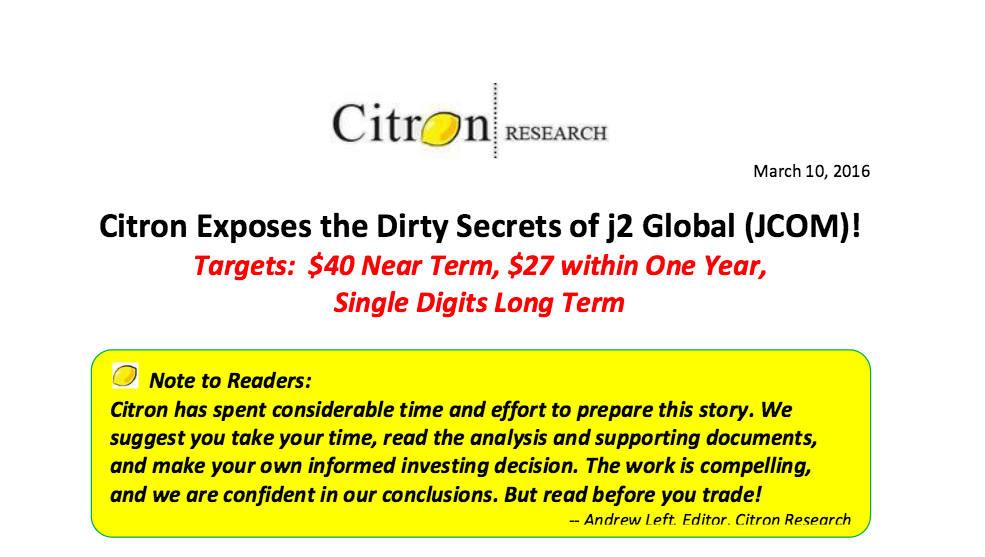 For the second time this week a stock is crashing on hedge fund research.

j2 Global is down 20% after Citron published an unreservedly negative research report online. I’ve only had a chance to glance through the write-up. Andrew Left at Citron is a smart guy. I’m sure he’s done a ton of great work on JCOM. That work isn’t the core of what Citron put online.

What Citron published is a really smart version of trolling. If you wrote a research report about a person you fired for stealing it would come out something like Citron’s published work on JCOM.

By all means, judge for yourselves. Here’s the Report.

Slide 12 is an early favorite of mine though, again, I haven’t had a chance to read the work carefully: 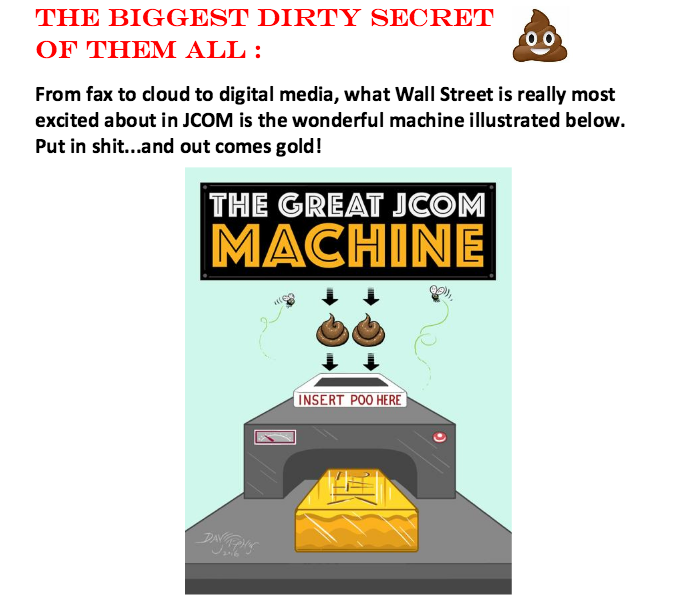 Left is an “activist short”. He was famously, vocally, short Valeant way back when Bill Ackman was a genius investor.

There’s nothing illegal about taking a huge position then trashing a company. Whitney Tilson essentially announced Lumber Liquidators is giving people cancer earlier this week. I don’t know if Whitney is a doctor but I’m positive he had a bearish position when he announced his findings. 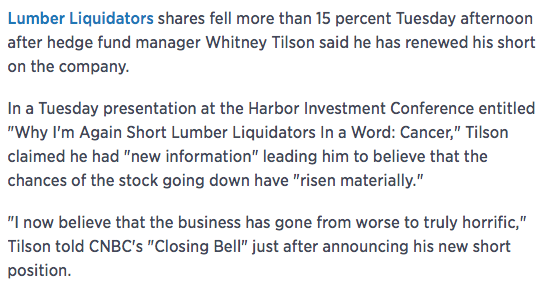 I’m a big fan of the First Amendment. I have a connoisseur’s appreciation of what amounts to talking trash on television. I openly tell my children the reason they aren’t allowed to swear is because they don’t know how to do it as well as daddy. [Note: Mrs. Jeffmacke doesn’t condone this policy].

But should making money by front running your own news releases be legal?

In the right hands, getting short then loud creates a real negative catalyst from the air. It’s like taking out a huge homeowner’s insurance policy then burning your house down only it’s legal.

Is everyone comfortable the this process? Do normal investors fully grasp how much money is being made by a very small group of traders with the power to completely destroy a company in public?

Millions and millions of dollars are being made today by a slideshow with some numbers and a ton of poop emojis.

It’s not just Citron. Anyone able to front run the publication of the Poop Emoji Report on JCOM is raking it in right now. Citron’s reputation is growing, as is Left’s bank account. I would be shocked if there weren’t a dozen people who got short ahead of this being published. This isn’t a war crime but a decent amount of cash is flowing to a group of people who traded on material non-public information ahead of its release. Obviously JCOM bulls are getting pounded.

Good on Left. But should this be legal? Because I don’t think it should. It feels really wrong.

As a student of Stupid Prosecution it feels different getting short and loud than hyping a company. It’s hugely problematic for a company to get hammered this way. The only thing happening at JCOM right now involves dealing with Citron’s Poop slides and the 20% stock crash. Being attacked by a short creates genuine fundamental problems for companies. Even when the short is wrong.

This all seems like the kind of thing the government would look to stop. Getting short and loud is behavior that makes the public correctly distrust the market.

It’s not illegal but it’s not right.