Macy’s Liquidation Works For A Trade

Shares of Macy’s are higher in the pre-market after the company reported exactly the type of dumpster fire Wall Street was told to expect.

Those of you who took part in last night’s investor Bootcamp know I’m long the stock. The thesis isn’t my confidence in management. Quite the opposite. Macy’s has terminal cash flow cancer. The play here is the company falling into activist hands.

From that admittedly dark perspective here’s my favorite part of the quarter: 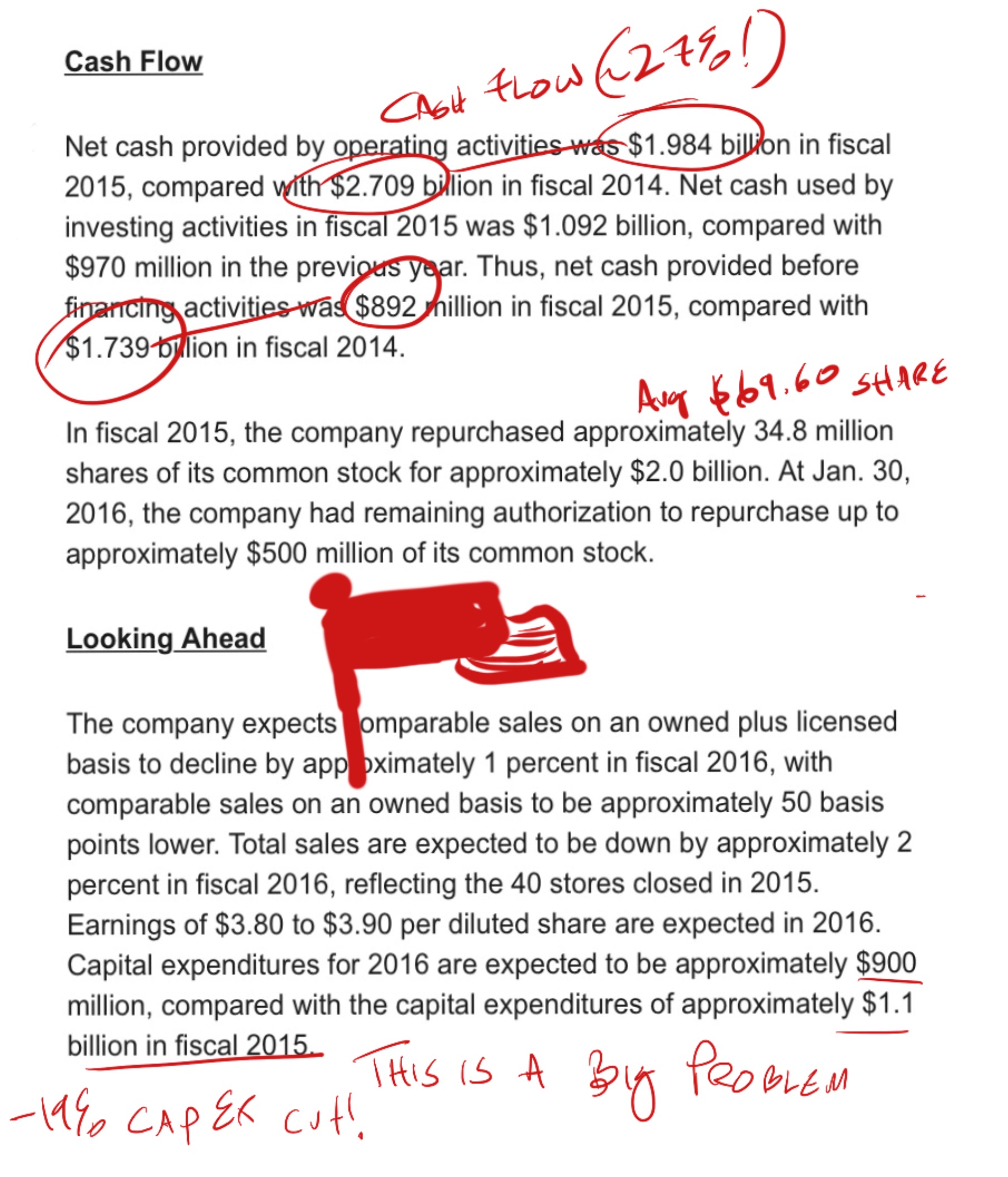 Cash flow from operations fell 27% last year. Despite the decline in liquidity Macy’s spent $2b on buybacks (avg cost: $69.80). They made up the difference by cutting cap ex. Cutting cap ex is death in retail. Cap ex is retail speak for store maintenance and the little touches that make a customer feel special.

Macy’s can’t afford to cut cap ex more. In the just-released ASCI report on consumer satisfaction Macy’s had by far the largest year over year decline among general merchants: 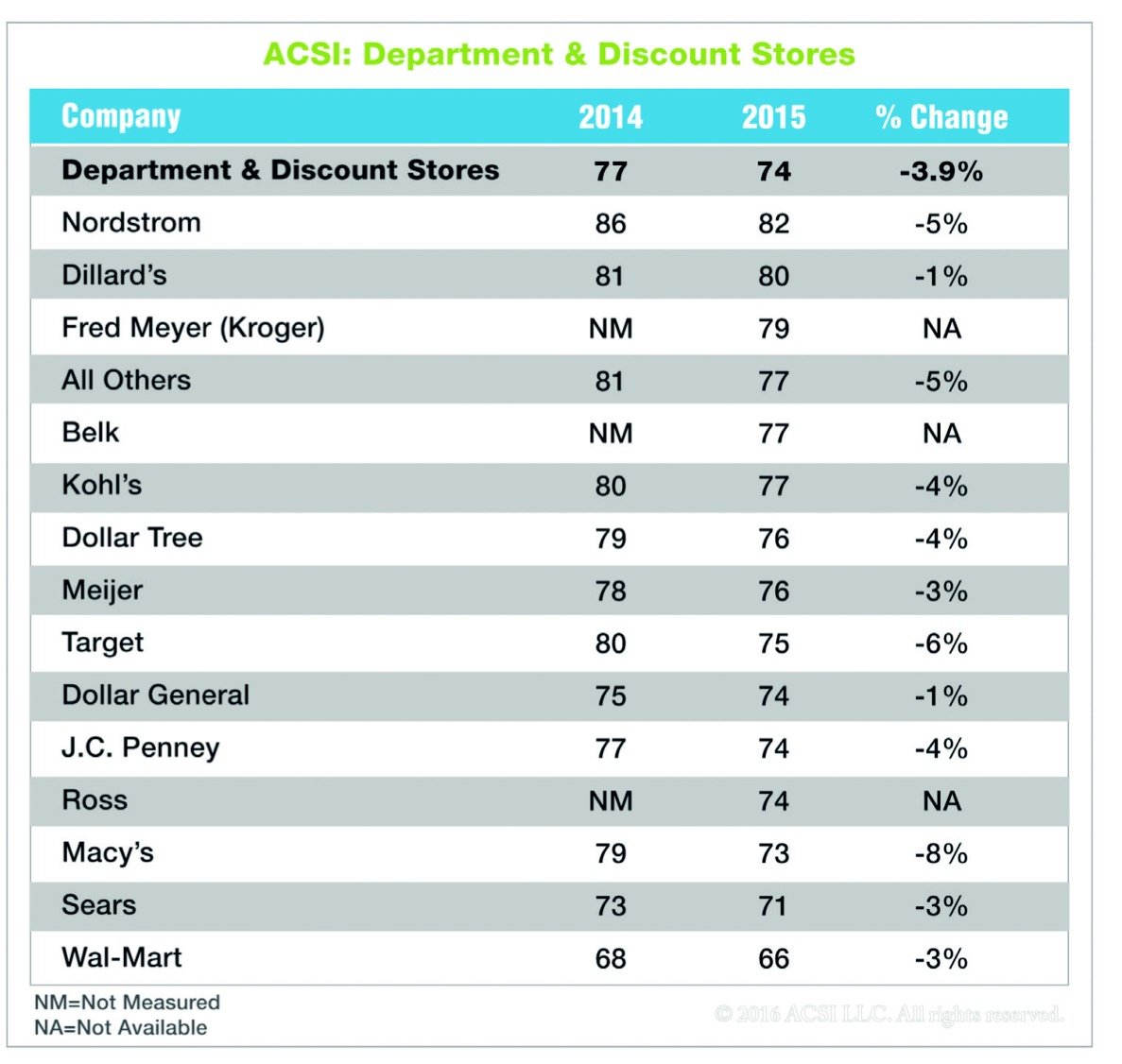 Macy’s scores lower than JC Penney. If they were running M for the long haul they would Jack up cap ex dramatically. Macy’s is going the other way, reducing spending in stores by 19%.

As my dad was fond of telling me, “a dirty store says f*** you to the customer”. Macy’s is planning to insult even more customers this year.

This isn’t a long term position. It’s a trade and it’s working. If you want to hear more sign up now for Part 2 of the iBankCoin Bootcamp.

Off to the Macy’s call… This oughta be interesting.