Am I Wrecking Your Portfolio? Maybe!

Turnaround Tuesday is failing. Stocks are lower and a new theory from my Twitter stream suggests it’s my fault.

To understand this compelling argument go back to yesterday morning. On my influential and amusing Twitter stream I implied stocks were lower because Peyton Manning is a PED-using beer distributor hogging teammate Von Miller’s spotlight. Most of that was in the subtext of this graphic: 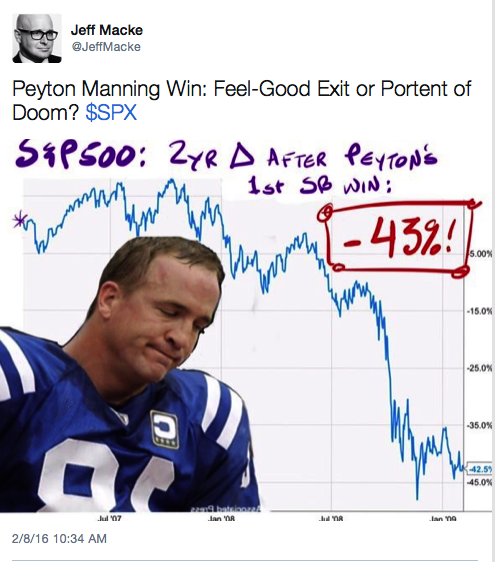 Clearly I was kidding. Or was I…?

My accuser was backed up by another follower, who noted the genuine out-sized influence my 26k [sic… it’s almost 27k] followers: 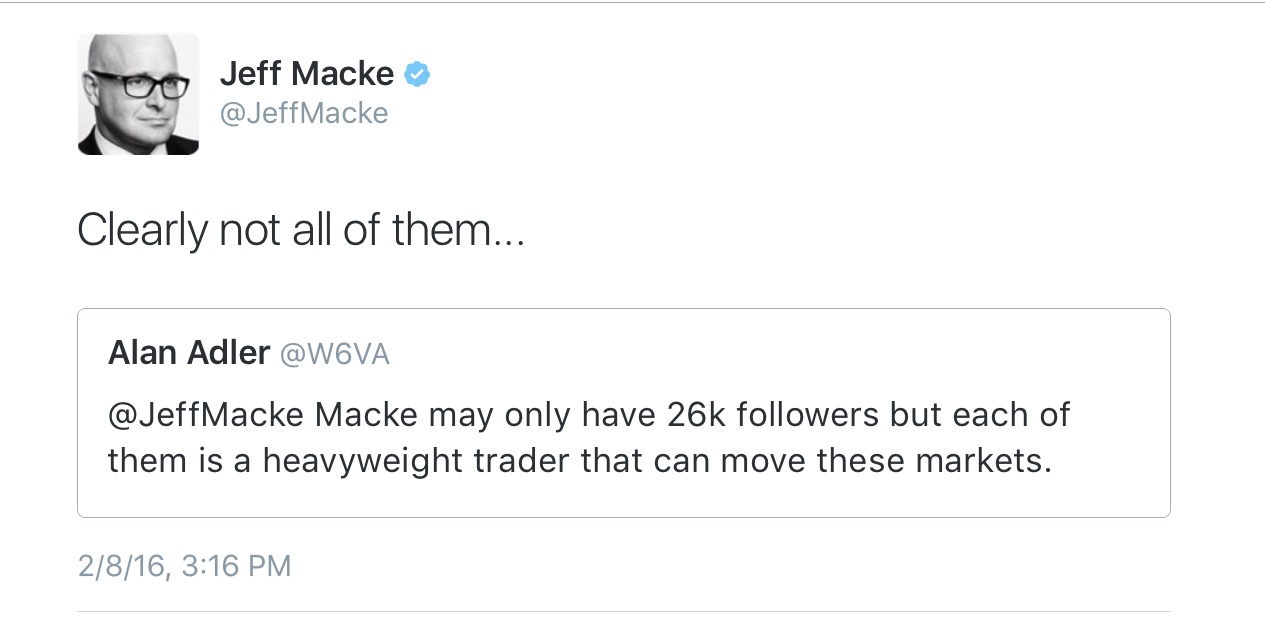 There are a few possibilities here.

One is that I have intentionally used my snarky genius superpower to trigger a $6 trillion decline in the value of global stocks since the start of 2016. In this case you can either oppose me and die or grab a seat and watch me make humanity dance like puppets at the end of my mind-strings.

Another possibility is that I’m doing this accidentally. Like Rae in “Star Wars: The Remake” I am only now discovering my power to control the fate of the world. If so, buckle up because there are going to be some changes made as soon as I get a handle on the Force contained in my blood(?).

I’m not going to lie; I like both of those options. A lot.

Sadly, I suspect the truth is people are losing money and seeking scapegoats. My value-add in that case is largely symbolic. If I am evil then their portfolios aren’t down because of decisions they made but rather due to something I said. They are not wrong, I am just a jerk. (Clearly these are not mutually exclusive but that’s a topic for another note.)

If it makes you feel better to blame me go right ahead and do so. Just know that at best you are surrendering all agency in your financial destiny to a guy (me) who thinks he’s trying to help but is actually killing you. At worst you are making a powerful enemy.

Either way, it seems like you’d want me on your side…