When I awoke this morning from unsettling dreams I found myself transformed into a lost toy in Disney’s attic.

Which is what happens when you binge watch the Toy Story trilogy on one rainy Sunday. How did Pixar become the dilapidated corner of Disney no one wants to talk about anymore so fast? Iger paid $7.4b for Pixar in 2006. It was widely thought Disney had paid too much.

It had not. Pixar box office: 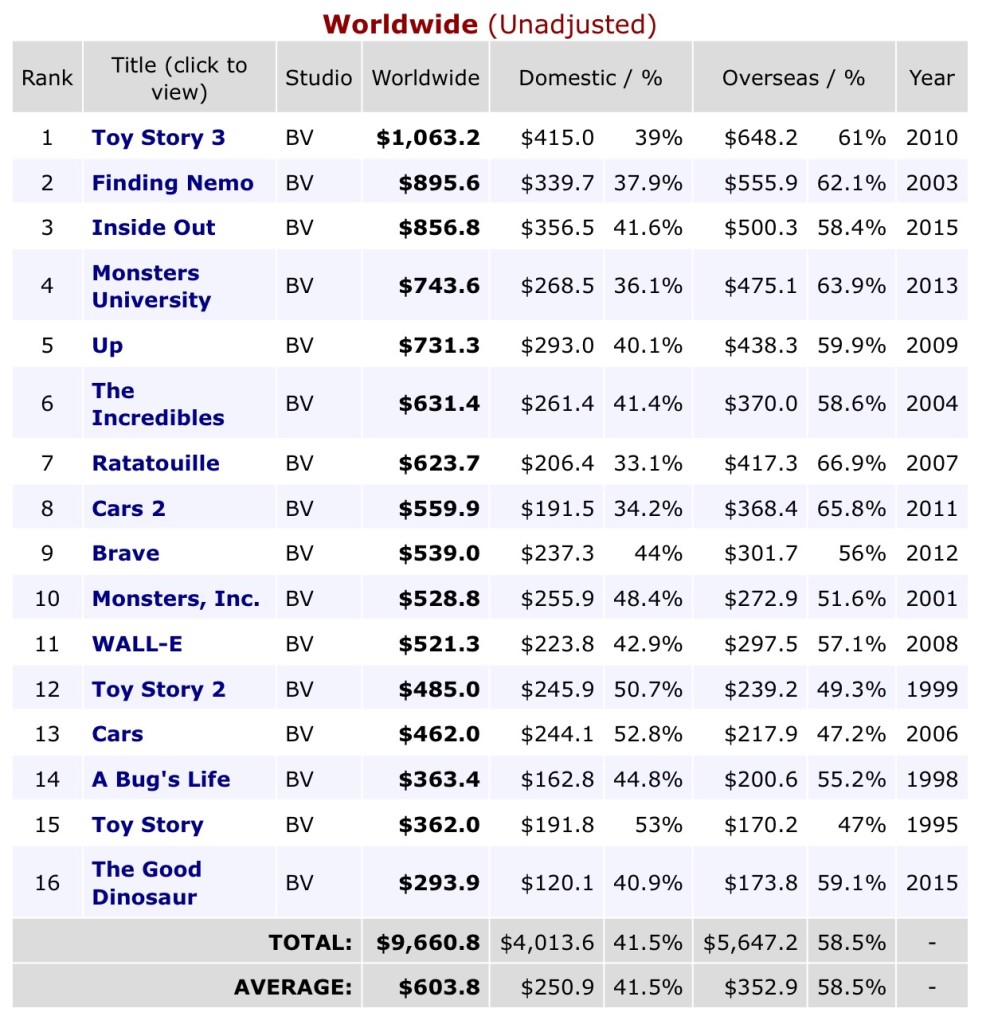 In 2010 Toy Story 3 made more than a billion dollars world-wide. It’s a Holocaust allegory the entire family can love. I feel safe in predicting there will never again be a creative force capable of doing $1b in global box office with a heart-warming cartoon about a death camp.

Dinsey rode Pixar into the Avengers then murder-hugged it to death with Frozen, which revealed the depths to which Pixar’s soul had been assimilated by Disney. Frozen also displaced Toys 3 as the biggest animated film ever.

Weep not for Disney. Star Wars will nurse the Avengers into the oven at Disney creative much as the Avengers torched Woody. It’s the circle of Toy life. 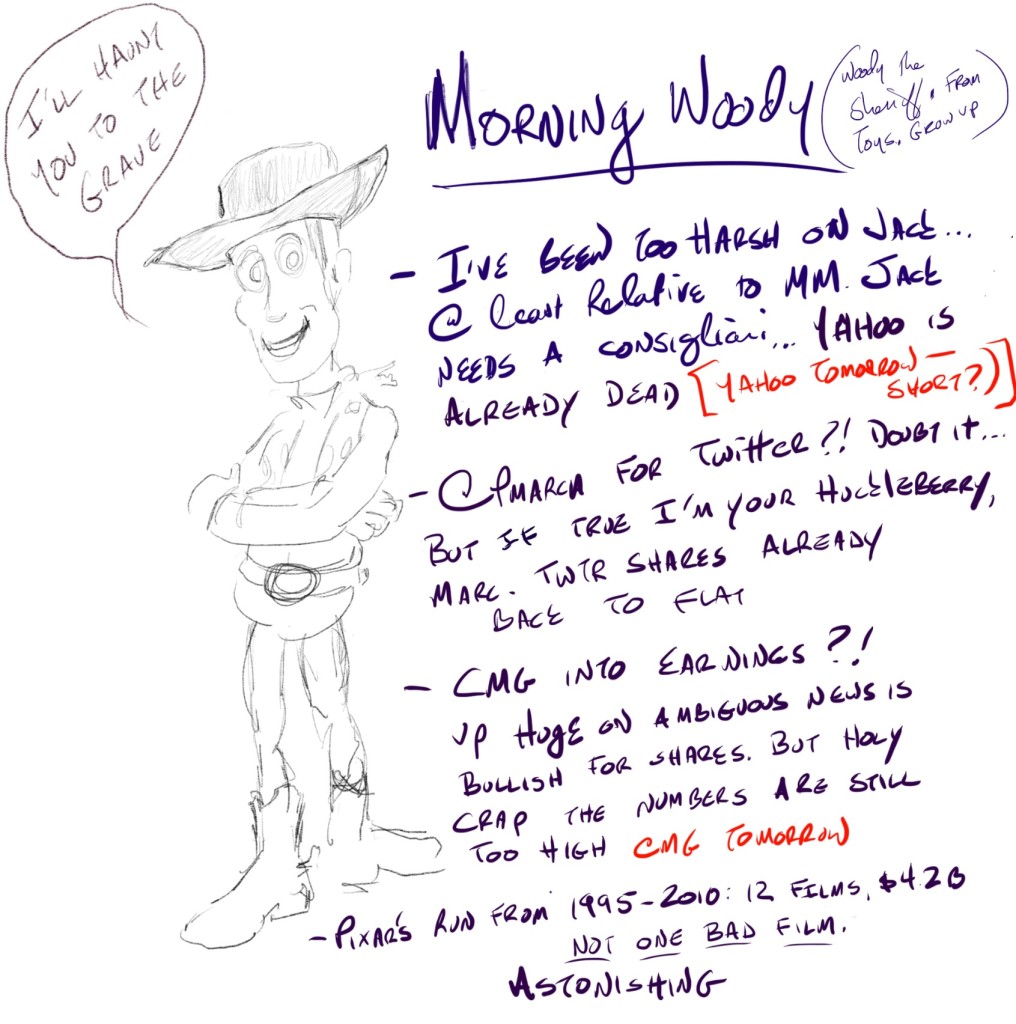