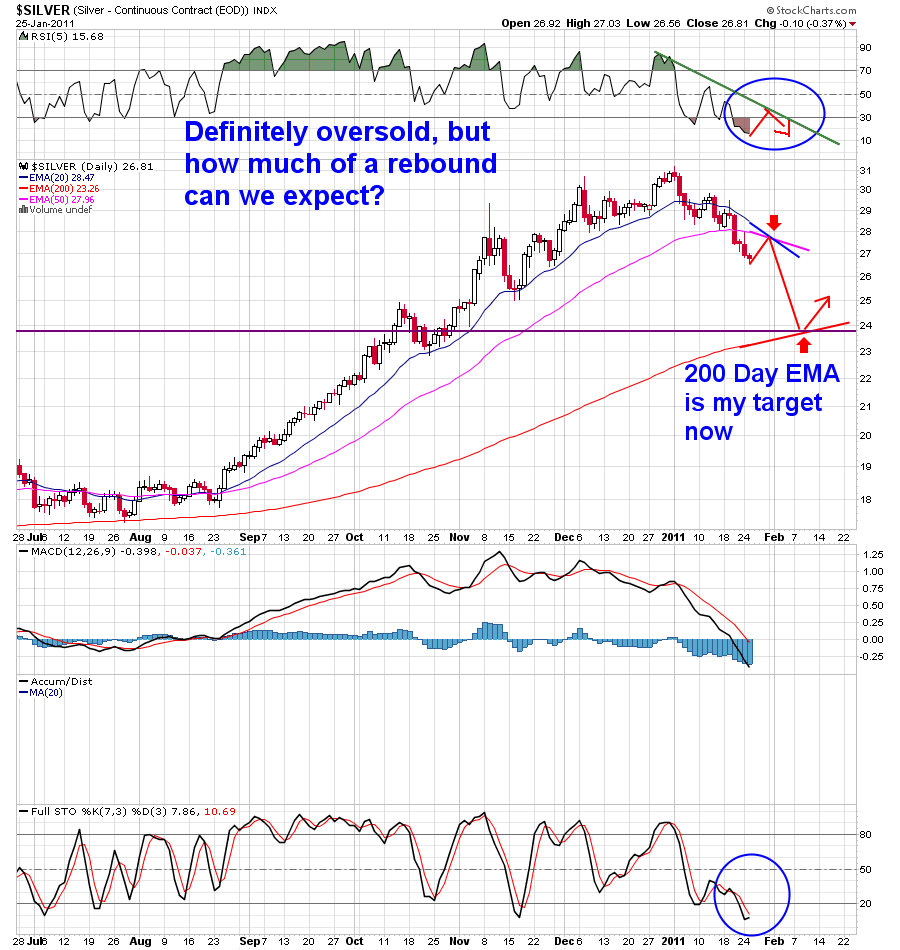 See, gold taking a bloody digger like it did today is not consistent with a plunging dollar.  Quite the opposite.  And remember that daily silver chart from just a few days ago?  Here it was:

Those were the predicted directions.   Now, let’s look at the same chart as of close today: 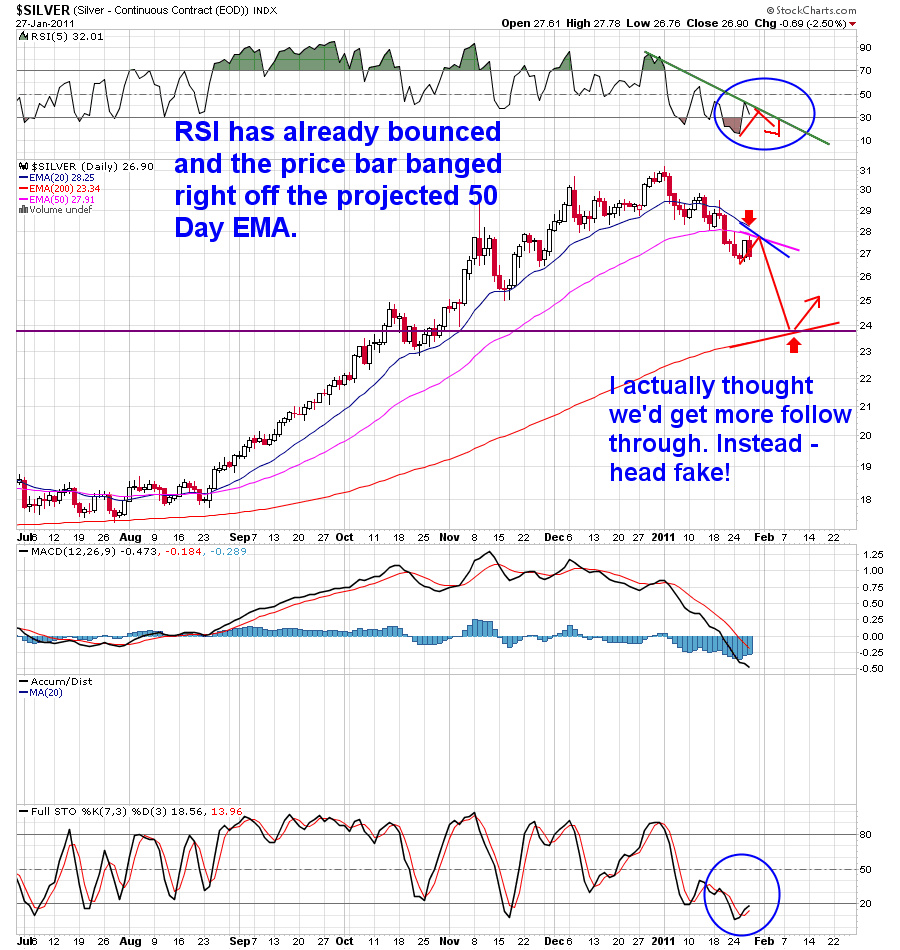 Wacky, no?  We reversed almost completely the pop we had the day before, and gold did worse, achieving recent near term lows for 2011.

It might get even worse, so hang on, and deploy capital sparingly.  I have added to my ZSL  about two hours before the end of yesterday’s session.  I felt a pained fool at the time… “but I got better.”

Here’s what I’m really getting at.  Take a look at this very large Fibonnaci Retrace on this almost three year dollar chart : 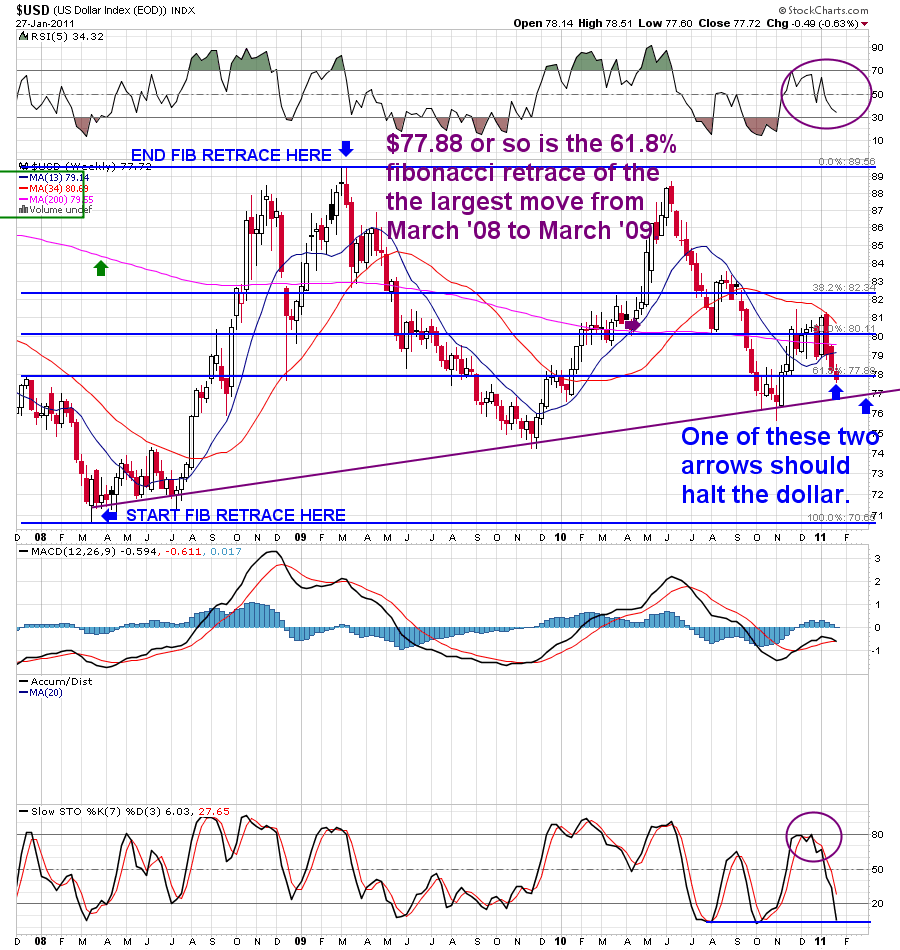 Now I realize the above chart is a bit busy, almost akin to the Punch Buggy Post we had the other night.  However, you need only take into account a couple of things.  First, we are hovering almost exactly at the Golden Ratio — the 61.8% retrace of the  large dollar move from the depths of the last Bernanke dollar destruction in March of ’08, to the peak in early March of ’09, when the market bottomed.   This is a significant resistance point for the dollar, in my opinion.

Second, we are also very close to the rising trend line in the dollar.   I believe the dollar is far too oversold to break the longer term trend at this time, unless of course Bernanke just starts shooting Benjamins out of cannons on K-Street tomorrow afternoon.

So, if by chance that very strong Fibonacci line does not hold tomorrow, then I believe the uptrend line will in the next few days.

Whichever the case, we should get a snap back in the dollar, no matter how brief.  I think we see at least a 5-7% correction out of  that dollar, which will likely include our miners.  I may lay some more DXD, QID, and SDS at that point.

I also think our miners will rebound first, so be ready to start collecting.   Best to you all.