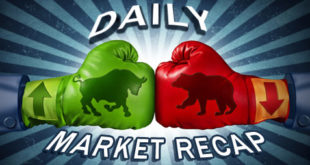 The following is  be used for Informational purposes only. The charts are fact, however my interpretation is an opinion which I am sharing with readers. None of this is a recommendation to buy or sell anything. You must do your own due diligence.

I have always done a daily journal entry as part of my daily routine. I started sharing it in the 4th qtr of last year on my site and people have found it quite useful. After a major technical target was acquired, I figured I’d share with the peanut gallery today.

Let’s get going……
Today the S&P 500 acquired its measured move price target of 2090.69 on the SPX and 209.42 on the SPY (SEE CHART ABOVE). After which the market spent most of the day consolidating in a tight yet volatile 5 point trading range.We looked as though we were setup to move into 2100 area with a nice Cup/Handle with an Inverse H&S in the handle, but that breakout was sold pretty aggressively. (As I always say, it is okay if a pattern fails. They still offer you probability and risk management as we learn and know exactly what to do when it doesn’t do what it should). In this case I might have lost 1 point with the potential to make 5 or 6 if it completed, which more often than not it will. However, we are clearly pressing our luck up here.

This failure tells me sellers are up here as we should expect so despite the move over the past 4 trading days, we still want to be cautious as there is major resistance into and above the 4/20 highs.  We have 3 unfilled gaps below to now fill and the risk reward has shifted here to the bears at least until the 4/20 highs are not only taken out, but proven to be support. I certainly will not be chasing a breakout up there if we are to get there without a very well defined risk reward setup.Going forward, I will not short this blindly, but I have no choice but to continue to be skeptical up here. We just have to wait and see what price action develops here, but no reason to press either way. I am in trim and trail mode with my longs, although I have no index exposure here. I trade my targets, take my profits and wait. I tried to trade this cup/handle but was stopped out for a small loss, then I shut it down for the day as the edge here is small for my strategy. This feels a ton like December, where we chopped around up and down with several ping pong patterns each direction until ultimately the bottom fell out.  BTW, it was very trade-able in both directions. I crushed it in DEC because the technicals were clean like this last rebound off the lows. Maybe  this time is different, I know there are many that think it is, but nobody has a  crystal ball, all we can do is trade what we see. Right now, there is very little to see after a 3.5% rally of Thursdays lows that completed an inverse H&S pattern and is running into major resistance.

What we do here now with no real minor price action is we go back and look at the big picture.

Yes, this still could be a H&S top, despite the short-squeeze on the failed breakdown, however It’s still a lower high. We just want to watch for price action that might tell us we are reversing.

However we can not ignore that taking out the April High, the October high and the May 2015 high, which still lie above would put this larger cup/handle pattern in motion. Which could trigger a monster move to the upside.
There are 3 swing highs that would need to be taken out of for that to happen, so we must continue to monitor the lower time frames for clues of a breakout or a failure. We have nothing to work with yet.

The Bottom Line:
The S&P has rallied 3.5% off it’s Thursday failed breakdown low and completed another inverse H&S pattern today. At this point, we have very little to work with, so we must remain patient until we do. Typically we will some very choppy trading as the next move sets up, either higher or lower. Continue to follow me out there on twitter during the day, and I will post what I see.